As the province of KwaZulu-Natal squares up to the reality of the worst drought since the turn of the century, the FNB Dusi Canoe Marathon has thrown its weight behind the efforts by the region to manage its dwindling water resources optimally. 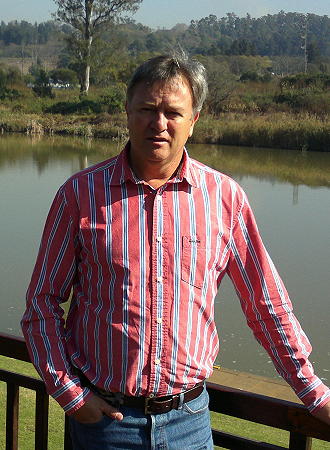 This week Umgeni Water held high level meetings with representatives of the municipalities of uMgungundlovu, uMsunduzi and eThekwini to discuss options to try and reduce business and domestic water consumption by 15%.

Umgeni Water spokesperson Shami Harichunder said that the dams in the uMngeni System were critically low and at their lowest levels in three decades, and warned that CSIR forecasts pointed to no significant rainfall for the next six months.

The FNB Dusi Canoe Marathon takes place on the uMsundusi and uMngeni Rivers from 18 to 20 February and the organisers and participants are facing up to the impact of the drought head on.

“Yes, as paddlers, the effect of the low rivers will be felt during the race but we see this in the broader context of the serious water crisis that is facing the region and embrace it as a challenge,” said FNB Dusi General Manager, Brett Austen Smith.

“We organise events on these rivers for just a handful of days a year but we have an obligation to consider those who rely on these river systems every day of their lives for drinking water, washing and cleaning, let alone the farmers who are battling to irrigate their crops and provide water and food for their livestock,” he added.

Austen Smith quickly pointed out that the luxury of water releases was a relatively new phenomenon in the 64 year history of the event and that the vast majority of the races had been run on rivers “as you find them on the day”.

“We accept that the conditions will make the FNB Dusi hard this year, but then the Dusi has never been easy. It never pretends to be easy at all and is called the “Ultimate Canoe Challenge” for good reason!” explained Austen Smith.

“Paddlers who have been part of this race for a long time are looking forward to the challenge of an ‘old school’ Dusi.

“Water is a precious resource and one that cannot be squandered.

“We fully understand this and we shoulder the responsibility, along with every other South African, of trying to address the crisis.

“As an event we want to find a way that we can contribute positively and meaningfully to ease the hardship that this drought is causing.

“But, we also want to explore ways that we can contribute towards dealing with the effects of this drought during the race,” said Austen Smith.

In recent years the race has been able to take advantage of water from the small Henley Dam outside Pietermaritzburg for the first two days of the race, but this dam, which usually fills quickly in the summer, is two-thirds full.

“We have to be responsible about this water,” said Austen Smith. “Water that is released from Henley goes straight into Inanda Dam, so none of it is lost.”

“The problem we have is that because of the poor rainfall, the dam is not filling as it usually does.”

“The level of Henley Dam is currently 67%,” said Umgeni Water’s Corporate Stakeholder Manager, Shami Harichunder, after meeting with the Dusi organisers to discuss the drought crisis.

“The water to be released from it would bolster the level of the uMsundusi River, thereby assisting canoeists.

“The amount to be released will be the same as last year,” added Harichunder.

Austen Smith said that they would cancel the planned release of water from Henley Dam for the pre-Dusi TWK Dash n Crash races on Saturday, 30 January to ensure that there was water to introduce into the river system during the Dusi.

“We fully grasp this and throw our weight behind Umgeni Water as they wrestle with the drought crisis.

“It will make the FNB Dusi a proper challenge this year and this Dusi medal is one that any serious Dusi paddler will prize!” he added.