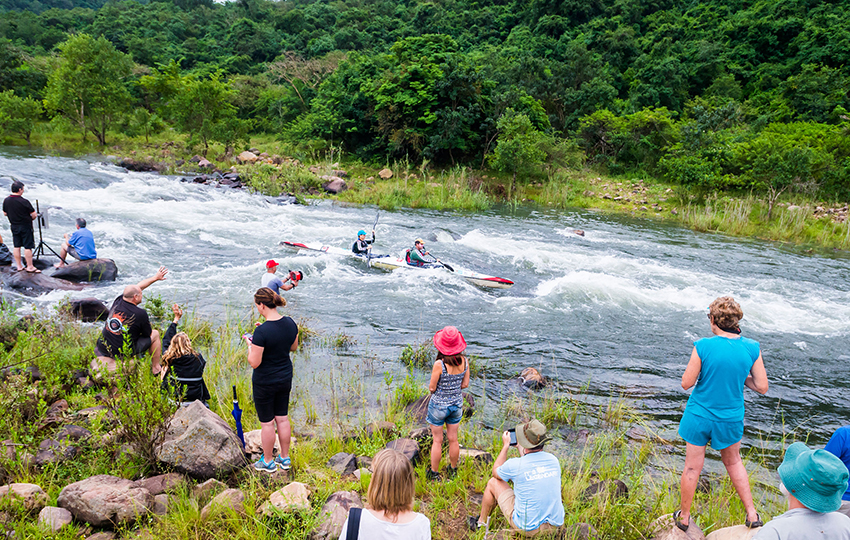 With just three weeks to go until the 2018 FNB Dusi Canoe Marathon, organisers have been given the confirmation from Umgeni Water that they will be given at least seven cumecs of water from Inanda Dam for the final day.

Organisers of the event are acutely aware of the ongoing drought that is gripping large parts of the country, KwaZulu-Natal included, and with an entire eco-system below the Inanda Dam the race tries to tie in their event with the ecological flush.

This release from Inanda Dam will equate to paddlers being able to paddle the final day as opposed to 2017’s event which saw paddlers portaging an extra 16km en route to the finish at Blue Lagoon in Durban.

Inanda Dam has benefitted from water releases from Henley dam outside Pietermaritzburg for the Ozzie Gladwin, 50 Miler and this weekend’s Ascot Bush Lodge Challenge and the race from Campbell’s Farm to Dusi bridge. A fourth big release from Henley dam will come during the race itself.

“We are really happy to be in a position where we can guarantee paddlers will have water for the final day of this year’s FNB Dusi,” General Manager of the FNB Dusi Steve Botha said.

“The drought is a very serious issue and we understand the implications of our request, however we have been in talks with Umgeni Water about this and we are glad that we are on the same page.

“There is more water in the uMngeni River system than there was at the same time last year,” he added.

Botha was enthusiastic that Umgeni Water had provided a minimum water assurance, and would seriously look at increasing the release should the region experience good rains in the run up to the race.

“If paddlers are on the fence about entering then we hope that this news will get them off the fence and into a boat!”