On a day when war stories were a dime a dozen, there were no heroics to outshine the courage of Olympic medallist Terence Parkin on the first day of the 2019 FNB Dusi Canoe Marathon on Thursday.

The three day canoeing classic forms the last part of an epic 1120km journey from Johannesburg that included road cycling, mountain biking, eight Midmar Miles, and a two day run from Midmar Dam to Albert Falls dam and then to the start of the Dusi at Camps Drift.

It was on that final run leg to Pietermaritzburg that Parkin badly twisted his left ankle while running with his partner Sipho Qoko, and was whisked away for medical treatment. 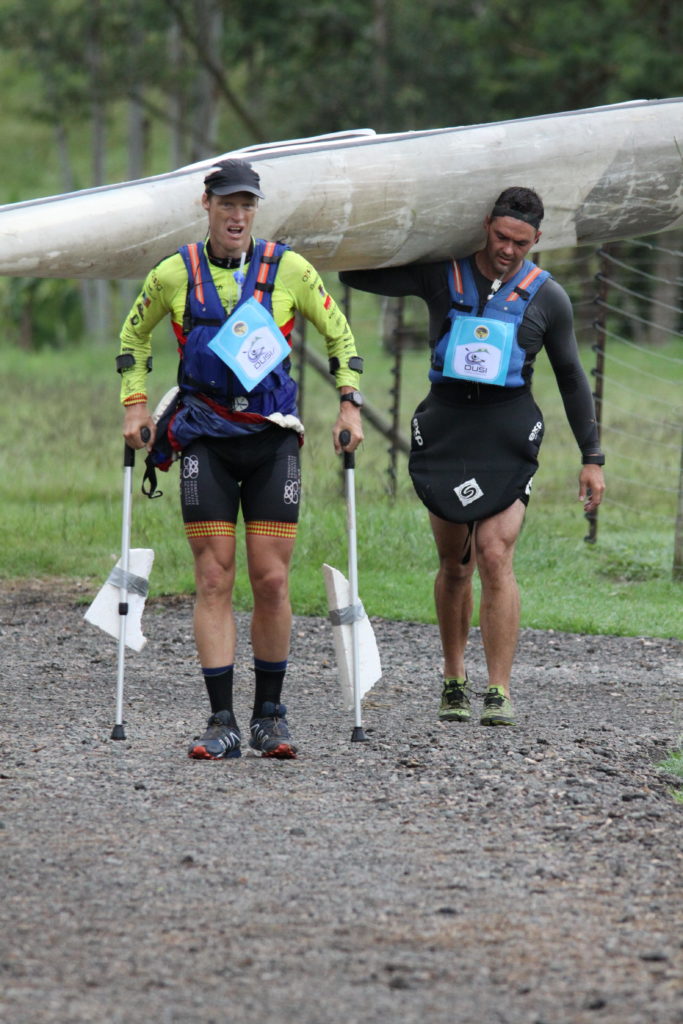 The fortnight-long adventure is an awareness and fundraising project for the Princess Charlene of Monaco Foundation, and included visits to schools for deaf learners and special needs children along the way.

With two brutal portages of 4,5 kilometres each Mulder took their K2 on his shoulder on his own while Parkin battled along the roads and cattlepaths on his crutches.

“I have so much respect for Terence,” said his partner Mulder.

“It was so hard for him out there today. It was muddy and walking on crutches was a nightmare. There were places were I got him to slide on his backside rather than try to use his crutches.

“I’m pretty sure he is doing serious, if not irreparable damage to his ankle, but he is so committed to his cause and so tough.

“He is an Olympic superstar and you don’t get there by accident. He is not afraid of hard work or pain. I am blown away,” he added.

Parkin is determined to soldier on with his challenge. Day Two includes a brutal portage over Nqumeni Hill as well as the two winding Saddles portages, that will guarantee another long day for Parkin and Mulder.