After two months dealing with the pollution spill into the Baynespruit, the organisers have given the green light for the 2020 Dusi Canoe Marathon from 27 to 29 February, and have started taking early bird entries for the race, which will be raced in the K2 championship format.

The oil and caustic soda spill into the Msundusi River on August 13th had a sever effect on the river eco-system, and an extended grouping of conservationists, ecologists and local authorities have been working on the clean-up and rehabilitation process. 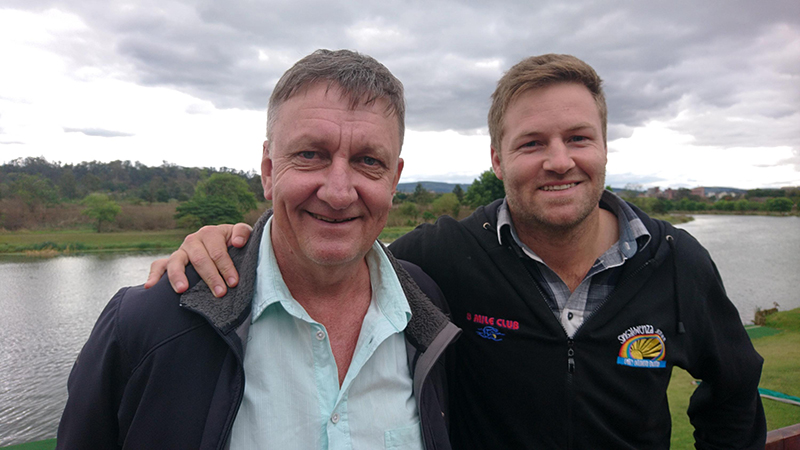 Spearheaded by Dr Mark Graham at GroundTruth, the latest testing results have shown that the water quality has stabilised, and while it will take years for the river eco-system to return to normal, the water is safe for paddlers to use.

“The issue is the same as it has always been for Dusi paddlers, that of ecoli pollution,” explained Graham. “There is plenty of accurate information available on the DUCT and Dusi websites to allow paddlers to make an informed decisions,” he added.

With a new race committee headed up by Shane le Breton, the race is confirmed for its new date at the end of February.

“We had planned to move the race later in the summer after last year’s Dusi,” confirmed le Breton. “This should take the race out of the first big rains of the season and avoid the risk of elevated ecoli levels.

“As a committee we are canvassing paddlers opinions to look at options that will be in each paddlers best safety and health interests.

“There is so much effort going into addressing the river ecology issues since the spill that we believe it might actually be the catalyst we need to make real, meaningful headway into dealing with the river pollution issues.

Le Breton added that the enthusiasm and interest in the Dusi appears undiminished.

“The turnout at the early season races has been excellent, and later this month the Umpetha Challenge on 27 October signals the start of the Dusi season proper, and there is considerable interest in that event,” he pointed out.

“The interest from international paddlers is also very encouraging, and our office is handling numerous emails and messages from across the world to be part of the 2020 race,” said le Breton.

The Dusi entries opened this month with an Early Bird rate and a competition for entries received before midnight on Monday 28 October.