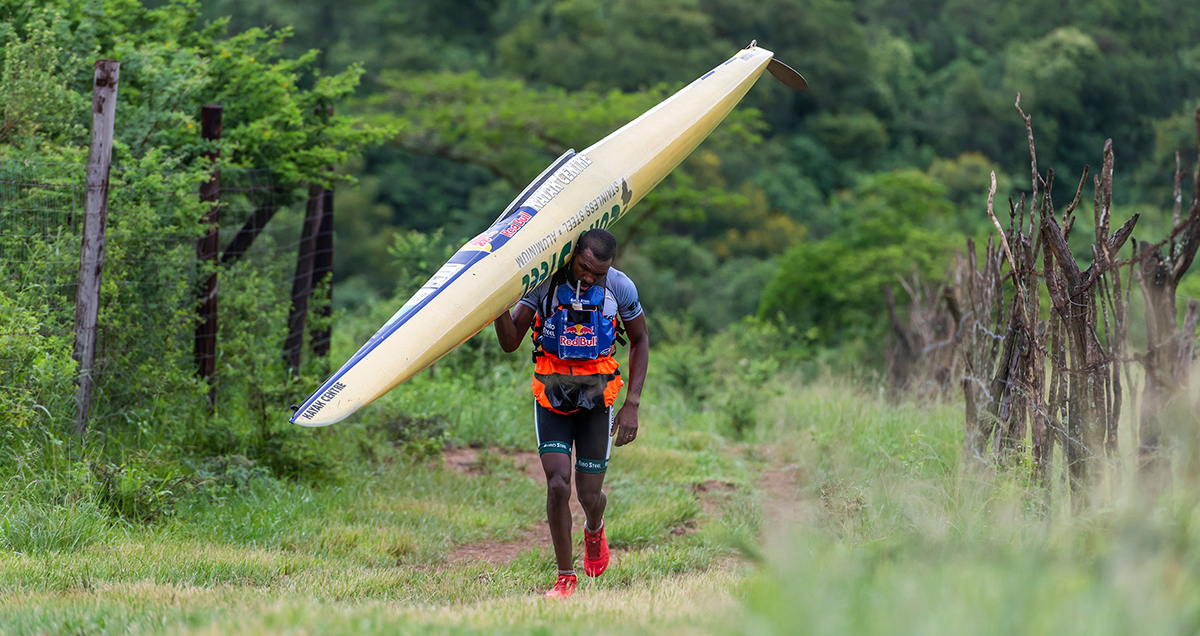 The Dusi canoeing season gets under way in earnest this weekend with the annual Umpetha Challenge over the opening stages of the Dusi marathon course, and the race’s most decorated paddler Sbonelo Khwela will be back, despite the fact that has hasn’t secured a K2 partner for the race yet.

Khwela’s record at the Umpetha Challenge is unrivalled and he has dominated it since its inception with six consecutive titles to his name.

Incredibly the Euro Steel/Red Bull star is still in the market for a partner for Sunday’s race as his 2020 Dusi Canoe Marathon partner Thulani Mbhanjwa is part of the race organising committee.

“I am definitely going to be racing this weekend,” Khwela mentioned. “It’s always exciting when you get to race on the Dusi for the first time in the season and I love how unique the Umpetha Challenge is.

“To finish a race on a portage means that you can kill yourself on the run because you know that you don’t have to paddle on the other side!”

From the get-go it’s clear that Khwela and Mbanjwa are going to go into the 2020 Dusi as serious contenders and Khwela believes that the pair has improved hugely since they last raced the Dusi together in 2012.

“Banji (Mbanjwa) has got the pedigree and the experience and we have both learnt so much since 2012 that we will be much better at next year’s Dusi than we were.

“I approach Banji to paddle with me and he took a bit of time but he said yes and we have been hard at work since August.”

The pair had a solid race at this year’s Hansa Fish where they finished ninth overall and Khwela believes that they could have performed much better.

“We wanted to finish in the top five and overnight we were in eighth overnight which gave us confidence going into the final day.

“Unfortunately we made a few mistakes on the second day which cost us some time but we were still happy with the result in a race that is a paddling race!”

With the date for the Dusi being pushed out by a week, Khwela isn’t concerned by the change and is looking forward to a little more down time over December.

“They could make the Dusi in April and I wouldn’t be worried,” Khwela quipped.

“It means that we won’t need to work as hard as usual over December so I will be able to have more time with my family which I am looking forward to.

“It does change our training a bit though with January being the big month where we will do a lot of hard running training whereas now we are trying to put in long, easy sessions on the water,” he explained.

The Umpetha Challenge takes paddlers from the start at Camps Drift along the Dusi Canoe Marathon route to the finish at the Bishopstowe Farmers Hall.

The race will enjoy a water release and a format designed to keep paddlers away from the water from the Baynespruit that suffered the serious ecological disaster with the August 13th oil and caustic soda spill.

Environmental experts at GroundTruth and DUCT says the water quality has recovered significantly, and only the perennial ecoli level problem remains as a the cause for paddlers concerns.