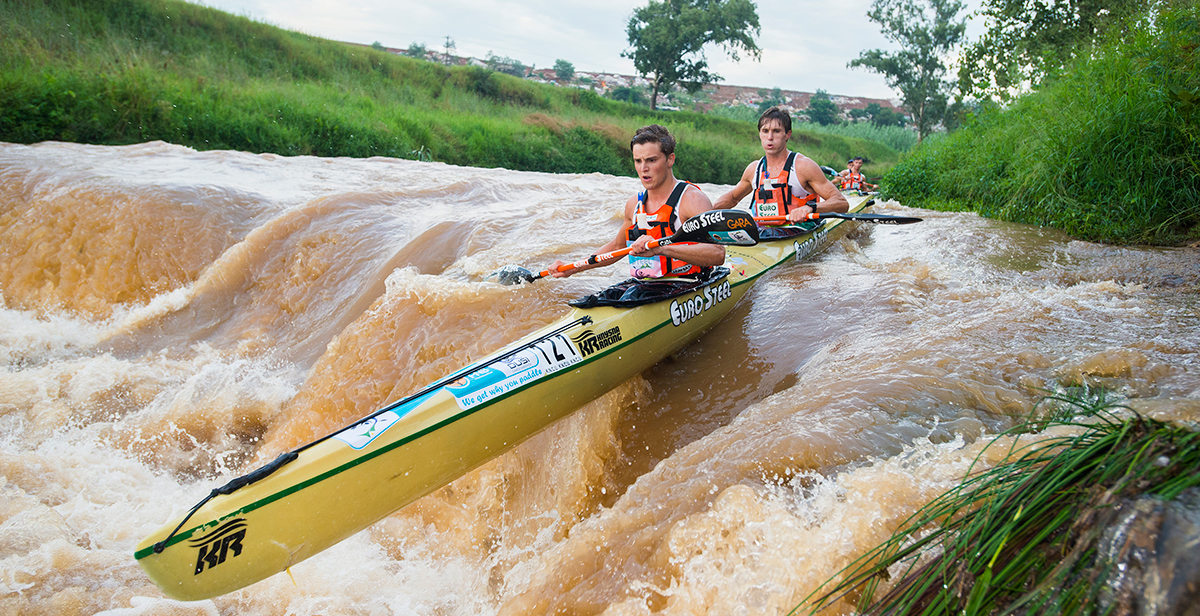 As the Early Bird entries for the 2020 Dusi Canoe Marathon from 27 to 29 February closed, a significant number of elite stars have put their hands up, signalling an early commitment to the country’s best-known paddling event.

The gradual rehabilitation of the ecological damage done by the August 13th industrial spill into the Baynespruit has not dampened enthusiasm for the Dusi, and despite the race moving several weeks later in the season, confirmed entries to date have given a first sighting of K2 crews with the potential to threaten the podium.

The crew that has endured more bad luck than any other in recent K2 races, brothers Andrew and Alan Houston, were amongst the early bird entries received at the race office at Camps Drift, and they have made it clear that they want to avoid the health pitfalls that put paid to their challenges in 2018 and 2016.

Without a doubt, the entry that has set the tongues wagging in the paddling community is the crew of evergreen Dusi veteran Jacques Theron who has sealed the deal with the on-form Under 23 racer Stu Little for the Dusi.

Theron brings a wealth of accumulated Dusi experience to the boat, and will guide the young Underberg-raised Little during training and keep a calm hand on the tactical tiller during the race itself.

They grabbed a third in the first major Dusi race of the season at the recent Umpetha Challenge, where the strong running crews always dominate on the portage up to Bishopstowe Hall.

The race was won by Banetse Nkhoesa and Kumbulani Nzimande, who have yet to formally enter the 2020 Dusi.

Also amongst the early Dusi entries is seven-times champion Martin Dreyer, who has entered with his wife Jeannie, after thoroughly enjoying her Dusi debut in last year’s mixed doubles race with her husband.

The die-hard adventure sport couple proved they are in good early season form by winning the mixed doubles category in the recent Umpetha Challenge.

A scan of the over 120 entries processed so far also reveals the entry of Olympic bronze medallist Bridgitte Hartley as a K1 entry.

The Euro Steel ace, who made history this year by becoming the first female to represent South Africa at the sprint, marathon and surfski world championships in the same year, was quick point out that she isn’t planning to take on the three days and 120km in a single kayak.

While her early entry comes at a discounted rate and put her in line to win Early Bird prizes, her entry is more a statement of intent to post a very strong challenge for the Dusi title that has so far eluded her.

Hartley is in the process of confirming her partner for the women’s K2 race, but felt that getting in an early entry was the start of her dedicated Dusi training programme and the tough running regime that will be required to be competitive in the women’s race.

Of the women’s K2 crews entered, the most interesting is that of the Epworth schoolgirls Shannon Parker-Dennison and Frances Forsythe, who were impressive in winning the women’s title outright at the Umpetha Challenge.