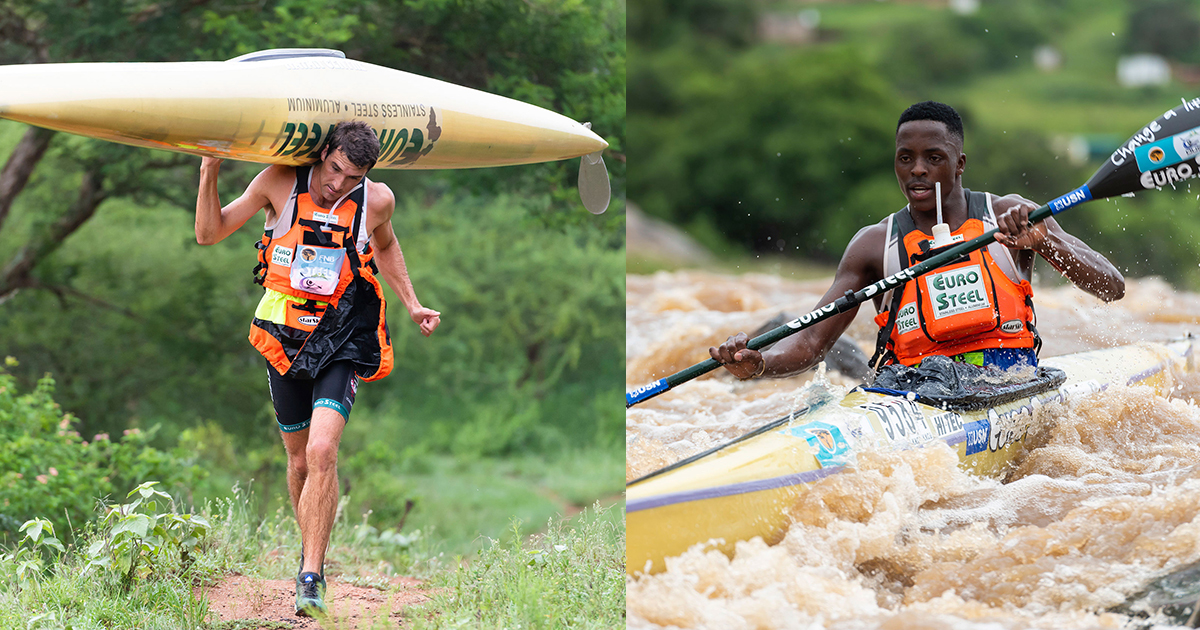 Birkett and long-time K2 partner Hank McGregor had plans to defend the Dusi K2 title they won in 2018, but McGregor has been battling the shingles virus since the World Marathon Championships last month.

It was an incredibly tough decision to make for the pair as time was running out on both of them.

“Hank and I had been chatting about it for a while and with the clock ticking we had to make a decision,” Team Euro Steel star Birkett said.

“We have so much fun in a boat together and it was not fair for me to continually pressurise him into a decision.

“It was a tough call to make but it’s just one race and I know that Hank will be back stronger and racing harder when he recovers.”

With Thulani Mbanjwa and Sbonelo Khwela having already confirmed that they will be competing at the 2020 Dusi together, Birkett chatted to his coach Andrew Booyens who suggested that the 24 year-old Nzimande was more than capable to partner him.

“Andrew also coaches Khumbulani and he said that I shouldn’t think twice about asking him to paddle Dusi with me!

“He finished fourth at last year’s race in a K1 and more importantly he is a great guy which is vital. It’s crucial that Dusi partners get along and that there is a level of respect,” Birkett added.

The recent ICF Canoe Marathon Championships didn’t go according to plan for Birkett, however he feels revitalised and ready to take on the new season.

“I am more exciting about the river season this coming season than I have been in a while.

“I am really looking forward to getting back on the river and I have been enjoying my time in the sea too. I have raced and trained a lot in the ocean and it’s been fantastic.

“I am getting a lot more enjoyment out of paddling again, but I guess that is how things go in sport,” he explained.

Nzimande will join Birkett in East London for a training camp leading up to the new year.

“Khumbulani will come and stay with me for a few days and we will do some training. I’ll take him out into the ocean as well.”