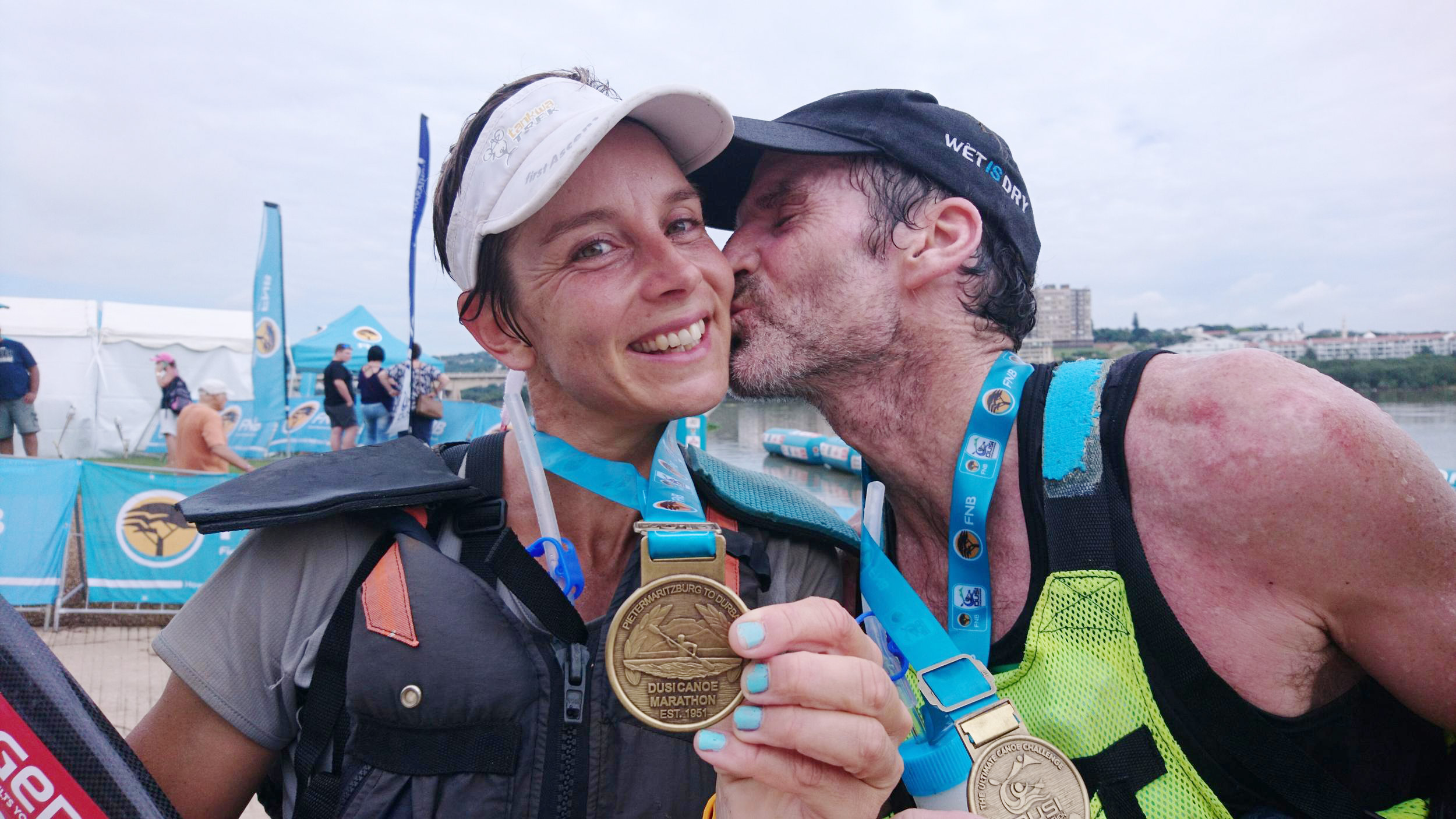 After a successful Dusi Canoe Marathon K2 debut for Dusi Duke Martin Dreyer and his wife Jeannie in 2019, the couple will return in 2020 to try and better their efforts over the three days from 27 to 29 February.

Talking about her first ever experience on the river at a Dusi Canoe Marathon, Jeannie couldn’t have been more complimentary and excited to take the three day race on again.

“It was a micro adventure,” she said. “To have this river on our doorstep between Pietermaritzburg and Durban was awesome, it blew my mind!

“I thought that it was going to be the hardest race that I have ever done but it was so much better than I expected.

“My heart-rate was always on the edge but having a quality paddler to sit behind made it a lot easier in the end.”

Martin Dreyer is a legend of the event having won it on seven occasions but it wasn’t his idea to do the Dusi as a couple.

“After I had won the race in 2008 with Thulani Mbanjwa Jeannie asked me to do the race with her the following year,” Dreyer said.

“I have just started the Change a Life Academy and the trustees said that I needed to manage it and couldn’t race and that was the focus for a number of years.

“After I turned fifty Jeanne asked me again and I thought to myself why haven’t we done it together?

“We have done so many adventures together and now there is a race that I absolutely love and got so much out of yet I hadn’t done it with my wife, so it was a no-brainer!”

With an experienced paddler at the helm and a strong fitness base to go on, the Dreyer’s didn’t need to put in a huge amount of training.

“We were undercooked but we were prepared enough to enjoy it,” Martin added.

The power couple showed some impressive skills in 2019 finishing as the first K2 in the race and subsequently the first mixed K2.

With the competitive juices following Martin wants them to push for higher honours.

“I want to finish in the top fifty this year,” he added. “We are going to have to bleed for the eye balls to get there but I want Jeannie to get a silver medal.

“It’s also a proper K2 year so it will be far tougher but we finished 51st this year with a swim in an unnamed rapid so let’s see how it goes!”

The Duke Dreyer was quick to point out why people should take part in the 2020 Dusi.

“It’s just such an iconic event,” he mentioned. “The Dusi is the greatest paddling event in the world but that’s not the only reason.

“You will challenge yourself through a river that can be unpredictable, but it is so much fun and different to any other paddling race in that it is an adventure.”