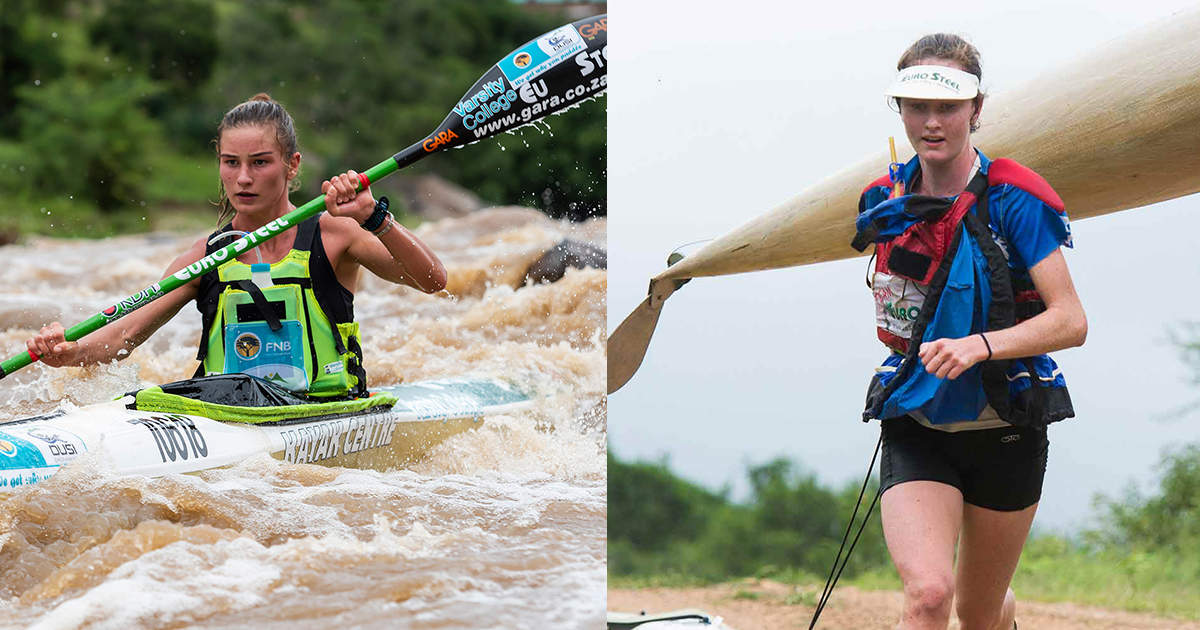 Mackenzie sprinted her way to victory in the tightest finish the women’s race has even see at the Dusi Canoe Marathon in 2019 which more than announced her arrival as a long-term Dusi title contender.

With two silvers in the previous two editions, that first prize was a result that she would have been searching for.

Cana Peek teamed up with her sister Jordan to cruise to victory in 2018 K2 women’s race. Their performance proved how good both of them were in all aspects of the race and Mackenzie believes this is almost a dream come true for her.

“I have been begging Cana for years to paddle Dusi with me,” the Euro Steel/Varsity College star said. “She finally gave in and we are going to be taking on the 2020 Dusi together and I am so excited because she has always been someone that I have looked up to.

“Our friendship began when we paddled around Mauritius together so I cannot wait for the challenge of Dusi together.”

Amongst the many compliments that Mackenzie had for new K2 partner she feels that her mental ability more than matches her physical ability.

“She is incredibly mentally tough and that is what I admire about her. There are very few girls in sport that have the same mental toughness that she has and I think that we get along because away from sport we are very like-minded.

“We won’t have a lot of time together in the boat but we are confident that when we get to the start line we will be prepared.”

Peek will be spending a part of her university holiday in Mauritius visiting her sister Jordan who works there. Mackenzie is well aware of this and isn’t concerned that Cana might not be training as much as she is.

“There will be no pressure on Cana to train and we have spoken about that quite a lot,” Mackenzie said. “We have been in a boat together so we know how to paddle together and we are just looking forward to having a great time together.”

There could be a favourites tag attached to their boat come the end of February but Mackenzie doesn’t see that as a problem.

“We might be the ones that the other girls want to beat but that doesn’t faze us really.

“When we have the opportunity to hop in a boat together we will work hard and prepare as well as we can,” she added.