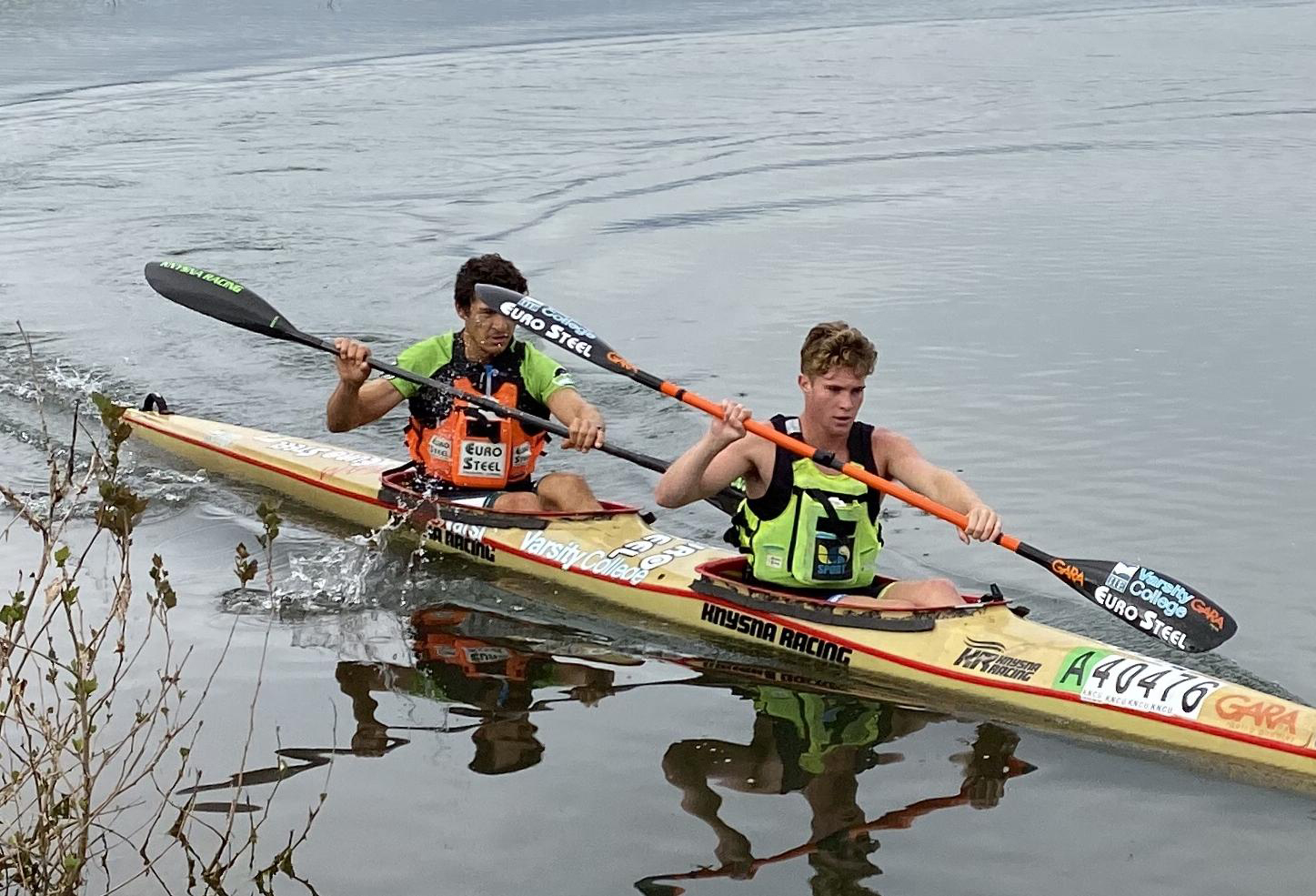 As the contenders for the K2 Dusi Canoe Marathon title start to take shape, the unlikely combination of veteran Jacques Theron and Under 23 speedster Stew Little has become the centre of much attention in the paddling community.

Separated by 23 years in age, they were put together by coach Andrew Booyens, who coincidentally is also coaching almost all the other top contender crews, because he felt they were compatible paddlers and runners.

“We got into a boat just before the Fish and it felt really good right away,” said Little, but admitted that the combination had made changes in the weeks that followed the agreement to pair up for the Dusi from 27 to 29 February.

“Initially Jacques was sitting in the front of boat, and I was very happy in the back, but we have swopped around now and I am driving,” said Little.

20 year old Little is relishing the chance to paddle with an athlete with a wealth of accumulated knowledge from his twenty Dusis, most of them gold medal-winning results.

“Jacques is so calm and composed. He plans everything so meticulously beforehand and that really calms the nerves before a race,” said Little, himself a very relaxed athlete in the heat of competition.

“He is more than double my age but he is so strong,” he added.

They recognise that, in order to be in a position to challenge for a place on the podium, they are going to have to be competitive running with the boat, and have been able to train with the benchmark crew of Thulani Mbanjwa and Sbonelo Khwela, as they share the same coach in Booyens.

“Gee, they pretty much ran rings around us, so we know what we have to do to be competitive,” he conceded.

In the early season Dusi seeding races the pair bagged two podium finishes, finishing third in the Umpetha Challenge and the SupaQuik Fezela Challenge, both over the first section of the Dusi Marathon’s first stage.

“Jacques is very clever about planning his training to make sure we peak at the right time for the Dusi, so I am excited to see what we can do together,” said Little.

“The Dusi comes down to who makes the best decisions in the race,” said the Euro Steel Varsity College youngster.