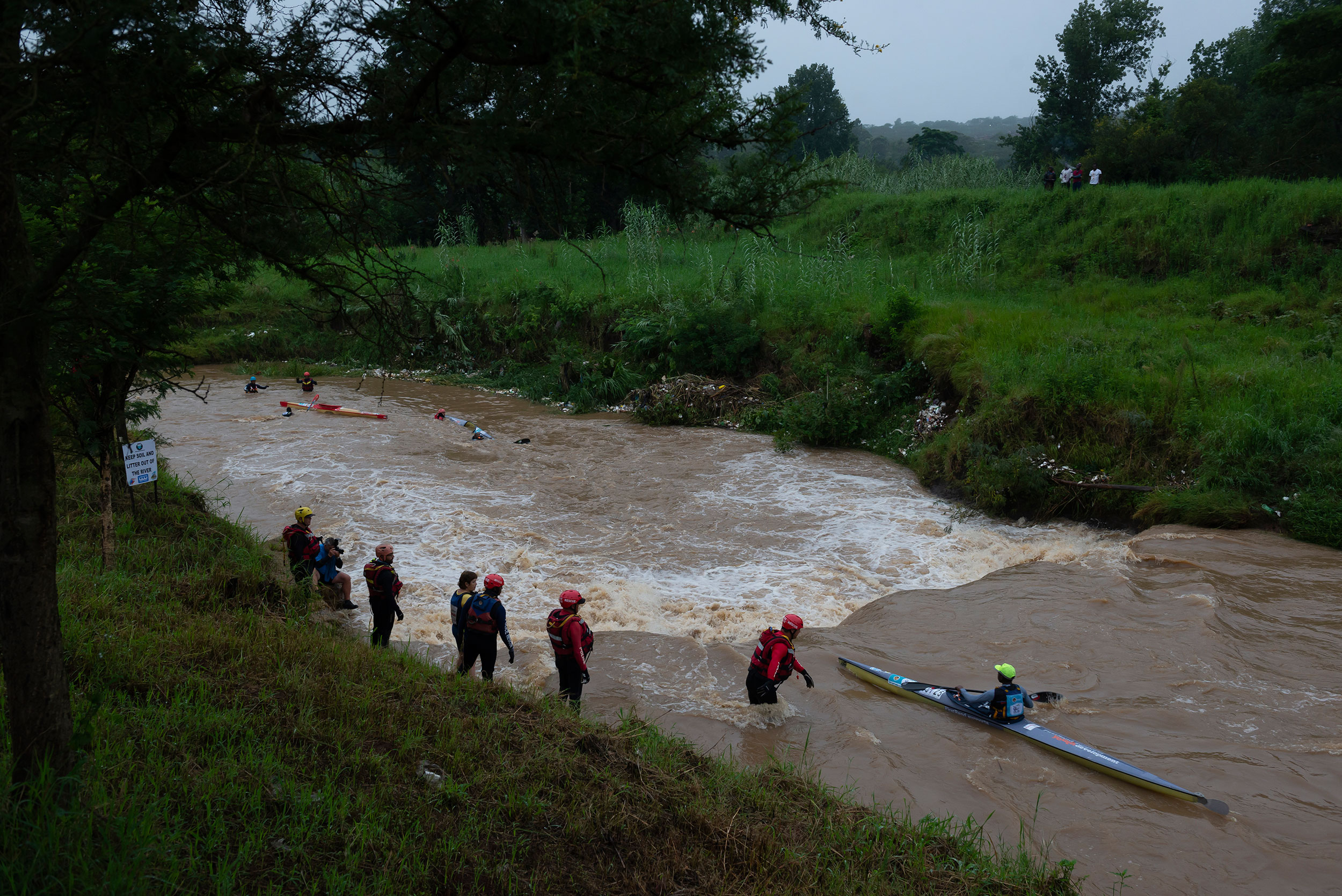 As the organisers roll out plans for the 69th edition of the 2020 Dusi Canoe Marathon from 27 to 29 February the debate around insisting that paddlers portage around Taxi Rapid on the first stage of the race is dominating local canoeing circles.

at the Umpetha Challenge in October, the first of the season’s races on the Msindusi River, organisers made the rapid a compulsory portage in an effort to minimise the number of athletes that fell ill with “Dusi Guts” stomach problems after the race.

This rapid has developed significantly in recent years and is now a big drop where paddlers, particularly paddlers in the front of a K2 getting immersed in the river at a section of the river that had been suspected of being a known source of ecoli pollution that causes the stomach complaints.

After the Umpetha Challenge a survey that 96% of the 109 paddlers that took part in the race had no stomach complaints, with just two reported cases of upset stomachs.

That is in sharp contrast to the worrying figure of 66% of participants in last year’s Dusi Canoe Marathon falling ill with “Dusi Guts”.

However a few weeks later the Supa Quik Fezela Challenge was held over the same section of river, and the hosts gave paddlers the option of shooting Taxi Rapid, which almost all of the 106 finishers did. The post-race survey showed that only two of the 72 respondents fell ill after the race.

“This is important information as we monitor the river closely as part of our drive to ensure the health and safety of every paddler in this year’s Dusi,” said race committee head Shane Le Breton.

He added that the survey results needed to read in conjunction with the river water quality reports for the corresponding period before jumping to any conclusions about making Taxi Rapid a compulsory portage.

“For the Dusi, we will be testing river with DUCT thoroughly, and if the results show that the ecoli levels in the river are high, it makes sense to keep paddlers away from the affected areas,” he said. “If the levels are low then we will allow paddlers to decide if they want to shoot Taxi Rapid.”

Taxi Rapid is above the outflow of the Darvil Water Treatment and the confluence of the troubled Baynespruit.

One of the paddler in favour of portaging around Taxi Rapid is multiple Dusi champion Martin “The Dusi Duke” Dreyer, who will be returning to the Dusi in February to paddle with his wife Jeannie.

“Just be sensible,” said Dreyer. “We all know that this section of river carries a higher risk of contamination, so start the day well hydrated and then don’t take any drinking bottles with you at the start of the race.

“Once you get to Campbell’s Farm portage you can get a drinking bottle or bladder from your seconds. That is an hour into the race, and it is fine to go without juice for that length of time, especially if it means reducing or eliminating the risk of getting sick,” he added.