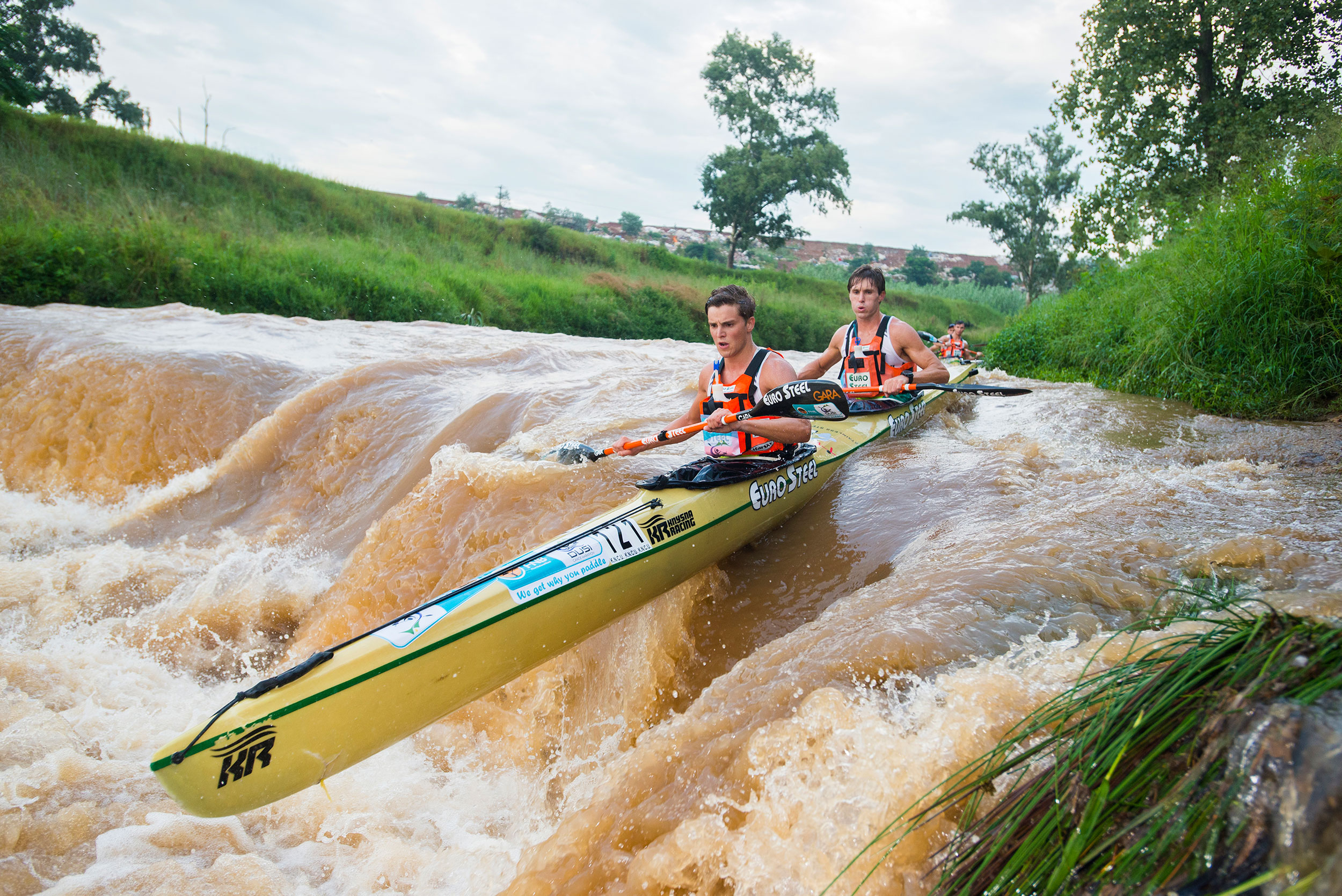 Brothers Andrew and Alan Houston have set their sights on the 2020 Dusi Canoe Marathon, determined to end the run of bad luck that has derailed the bid for a place on the most prized paddling podium in the country.

In the last K2 race in 2018 they were well placed in the top five before Alan was laid low with a dose of “Dusi Guts”, forcing them to withdraw from the race. In 2016, the same gastric illness hit the younger brother and they limped into the finish at Blue Lagoon 4th.

“Alan has a 75% Dusi Guts hit rate, after getting sick on three of the last four Dusis,” said Andrew Houston. “We feel like we are a good combination together, so we are back to give it another go, but we will do things differently.”

The biggest change is the decision to shift Alan to the back seat, principally to limit his exposure to the water in the rapids and weirs and hopefully minimise his risk of contracting stomach problems again.

“I was happy with Alan driving the boat, and he is a little bit lighter than me so in terms of the boat set-up it made sense. I don’t think it will take much of an adjustment as we are pretty similar in weight,” he added.

“We have a great time paddling and the K2 combinations feels stronger than our individual K1s. It always surprises me how well we go in a boat together.

He added that there was a unique bond between brothers in a boat that counted in their favour.

“We are chilled in the boat together,” he said. “There is not a lot of chatter and we trust each other. There are the usual high fives at the end.”

Alan, who is based in Stellenbosch, will join his older brother Andrew at their farm Glencairn outside Himeville for the Dusi training camp being held there in mid- December.

“We have the N3TC Drak Challenge on the first week in February then it is full steam ahead for the Dusi at the end of February,” said Andrew Houston.

“We will come into the Dusi in good form. All we need is bit more good fortune this year. We kinda feel we have a score the settle with the Dusi!” her concluded.