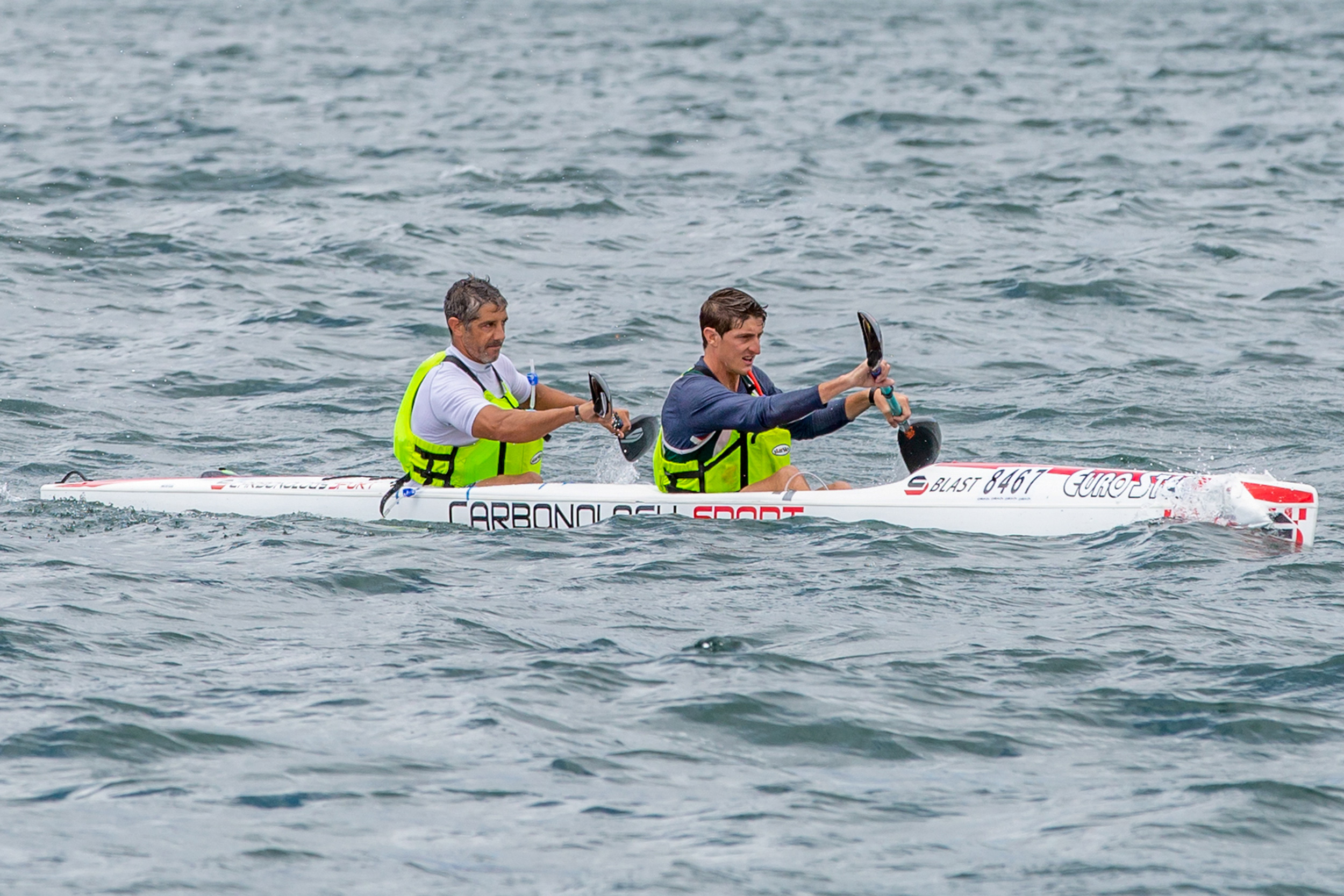 Former competitors, turned work colleagues and now K2 paddling partners Lance Kime and Shaun Rubenstein will team up for the 2020 Dusi Canoe Marathon as they look to make the most of the three day experience from 27 to 29 February.

Both paddlers come from strong pedigree with Rubenstein being a former marathon world champion and an Olympian while Kime is a two-time Dusi Canoe Marathon champion in both a K1 and a K2. Despite this combined record, Kime isn’t placing any serious expectations on their three day classic in the Valley of a Thousand Hills.

“We just want to go out there and have a jol,” the laid-back Kime said. “I am pretty sure that we are not going to be anywhere close to the leaders but we are looking forward to being on the river together and enjoying the race.”

It was a partnership that came about through the pair working for the same hiking/adventure company in Cape Town and Rubenstein had to do a bit of coaxing to get Kime back into a Dusi boat.

Kime hasn’t taken part in a Dusi since he won the race in 2016 with Andy Birkett and the former champion is looking forward to rekindling his relationship with the race after a taste of competitive racing at the Hansa Fish in 2019.

“I was a bit reluctant at first when Ruby asked me to paddle with him because it had been so long since I had paddled Dusi.

“It’s great to be a part of the Dusi once again in some form and I was reminded of how much I enjoyed racing when I paddled Fish with Alan Houston.

“I am looking forward to being back on the river and racing as hard as we can.

“With that said the Dusi is a serious challenge for us and we know that we are going to finish, it’s just a case of where we finish,” he added.

Kime had an interesting take on racing at the sharp end of the field against racing amongst the masses and how that adds a new dimension to paddling.

“When you are at the front you are racing within yourself and are making sure that you keep a pace that you are comfortable with because you don’t really have a gauge.

“But when you are in the bunch you have to worry about other boats around you so it can be a lot more difficult.

“We will definitely try and be as competitive as possible during the race but we don’t think we are going to be close to the front of the race at all!”

With over a month and a half until the Dusi kicks off the pair will make the trip up to KwaZulu-Natal for some of the pre-Dusi qualifying races.

“We’ll come and paddle the 50 Miler and the Campbell’s to Dusi Bridge as our preparation for the race.

“It will be interesting to see how much of the river I remember when we get back to KZN,” he commented.

Kime and Rubenstein took part in the recent Cape Point Challenge in a double ski and finished second which might give a slight indication on their ability in a boat together.