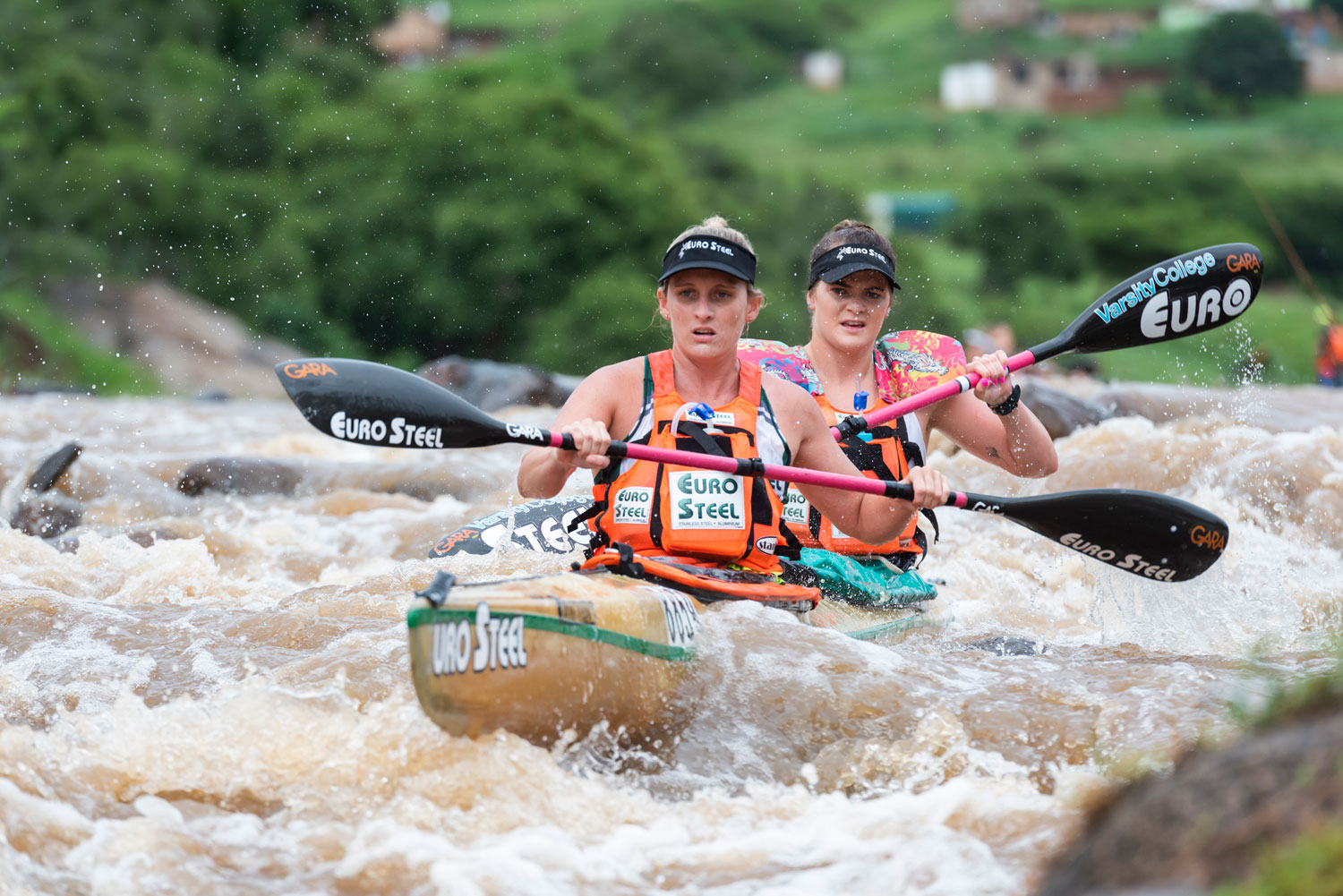 The new K2 crew of Andy Birkett and Khumbulani Nzimande laid down a bold marker ahead of the 2020 Dusi Canoe Marathon by winning both the 50 Miler and the Mfula to Inanda races on the weekend.

The two races give paddlers the perfect opportunity to test their skills on the middle section of the Dusi course in near race conditions on a release of water from Henley Dam. This replicated typical Dusi water conditions and gave crews a chance to test themselves against the river and the portages against a strong field of aspirant Dusi K2 crews.

The 50 Miler takes on arguably the toughest river section of the whole Dusi as paddlers navigate from Mission Rapid, through the Msundusi and Mngeni confluence to Mfula Store, including the infamous big three rapids, Gumtree, Thombi and Hippo Rocks, as well as the challenging Nqumeni portage.

Birkett and Nzimande sounded an ominous warning to the rest of the challengers as they cruised to victory by over two minutes at the 50 Miler on Saturday ahead of veteran Ant Stott and Carl Folscher in second and Banetse Nkhoesa and Msawenkosi Mtolo in third.

The ladies race was won by Jenna Ward and Kyeta Purchase who seem to be in good form early on. They beat Bridgitte Hartley and Tracey Oellermann into second, with Shannon Parker-Dennison and Frances Forsythe in third.

Tamika Haw and Bianca Haw came home in sixth place in the women’s race; however they will improve as they approach the Dusi at the end of February.

Sunday’s race was less technical but tested the endurance of the paddlers who took on the stretch of river from Mfula Store to Inanda Dam, over 15 kilometres with no portaging.

The race wasn’t a Dusi qualifier, however a number of the leading crews were present as Birkett and Nzimande showed the other side to burgeoning partnership as they outsprinted Stew Little and Jacques Theron to take consecutive wins over the weekend.

The under 23 pair of David Evans and Hamish Mackenzie finished in third to go with their sixth place finish on Saturday.

Marathon stars Ward and Purchase showed their power as they cruised home to victory in the women’s race ahead of the under 18 crew of Johanna Hockley and Georgina Howard in second and Carol Reeves and Hillary Bruss in third.

The women’s racing over the weekend was without arguably the strongest Dusi combination in Christie Mackenzie and Cana Peek.

Mackenzie raced on Sunday in a K1 and finished fifth in the ladies race.

The next major Dusi seeding race is the Ozzie Gladwin which is takes place on 26 January.

SUMMARY OF RESULTS – Mfula to Inanda