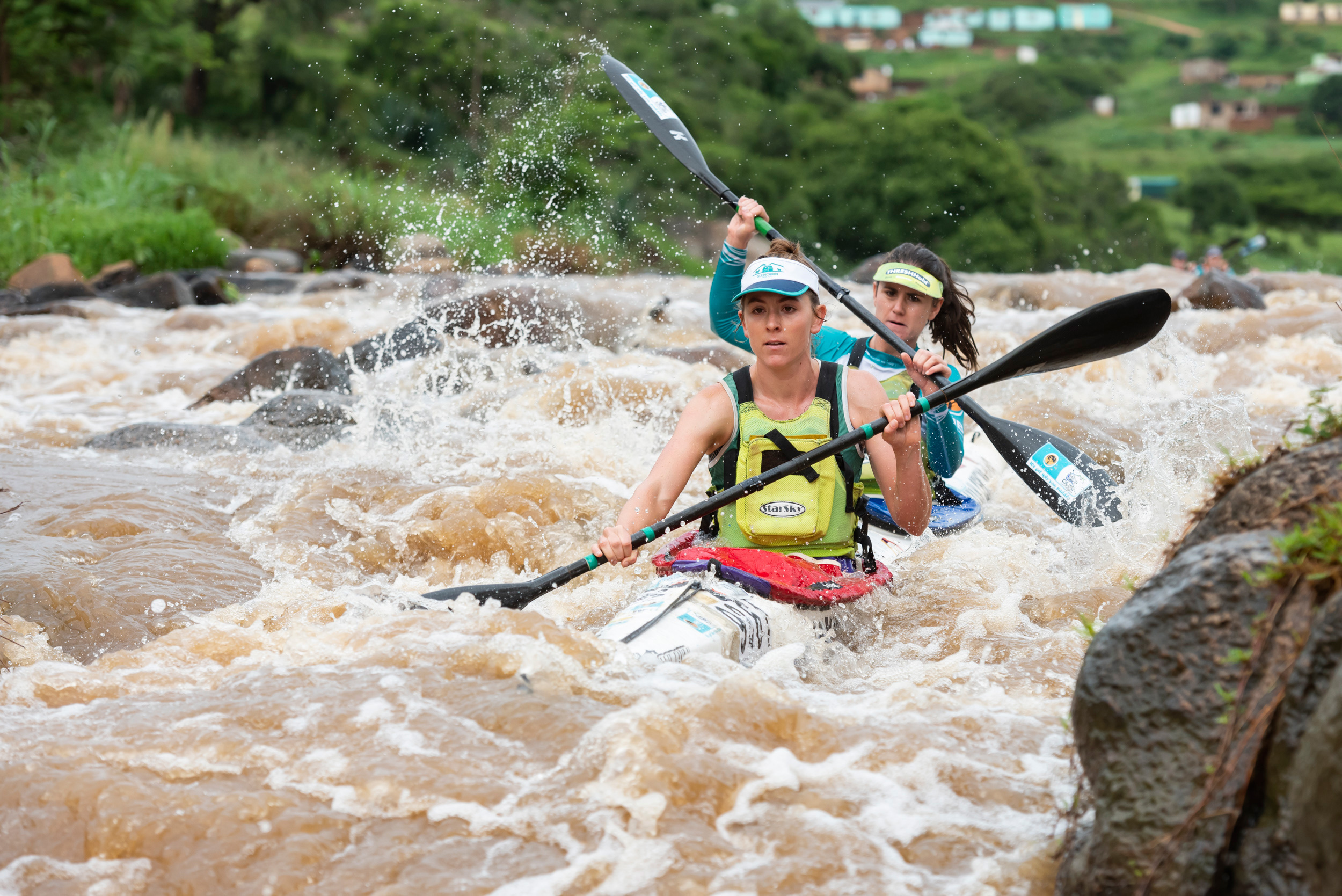 Having raced onto the podium in a K2 in their Under 23 days, the Haw sisters, Tamika and Bianca, have decided that they will give the Dusi Canoe Marathon another go together in 2020 when the three day race begins on Thursday, 27 February.

2018 saw Jordan and Cana Peek became the second all-sister pair to win the Dusi when they dominated for the majority of the race to take the title in fine style. The Haw’s, who finished third in 2014, will be hoping to channel that sibling success in 2020.

“We want to do as well as we can and if we win then that will be great,” older sister Tamika said.

“Running will be our strength and Yankee (Bianca) has just done the SkyRun so she will be pushing me!”

The younger Haw sister Bianca has been out of paddling for a number of years due to her professional mountain biking career, however now that she is riding less it has given her a chance to focus on Dusi again.

“I actually asked Yankee if she wanted to paddle but I know that she was very keen to race again.

“Even though it has been six years since she last raced Dusi she will drive the boat because I think that she is more decisive than I am and takes a few more risks which we might need to do this year.

“She also has a strong racing mind-set coming from her professional MTB days and understands competition and how to handle that aspect,” Tamika commented.

Tamika Haw finished second in the 2019 K1 Dusi to Christie Mackenzie in the closest finish to the women’s race in Dusi history. Bianca is a former junior K1 champion which ensures that the combination has a very strong Dusi pedigree.

Mackenzie will team up with 2018 winner Cana Peek and the pair will provide a significant threat to the Haw sisters.

The sisters took on the 50 Miler this past weekend and then will focus on the popular Campbell’s to Dusi Bridge race in order to get them some time on the river ahead of the showdown at the end of February.

Paddling with a sibling is something that Tamika enjoys because there is a deeper understanding there.

“When I paddle with Yankee I know that I can say what I want and if there is a disagreement then it is resolved quickly.

“We might have an argument but it ends there and we apologize and carry on,” she explained.