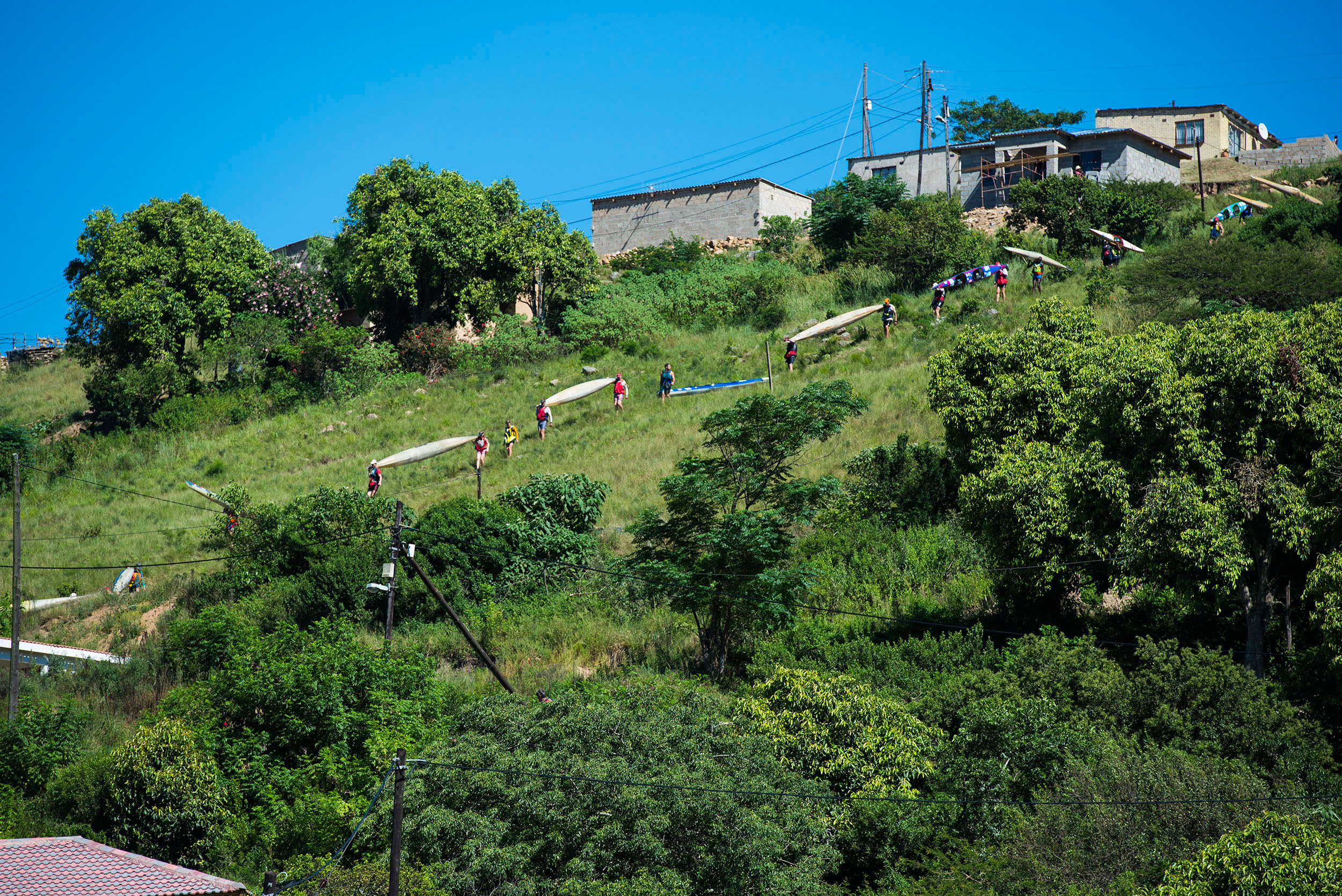 Paddlers taking part in the 2020 edition of the Dusi Canoe Marathon from 27 to 29 February will have to factor in an important change to the final stage of the route after the organisers confirmed that the option of the Burma Road portage will not be available.

The decision to run over the Burma Road portage can be a tactical advantage to the very strong runners, and also cuts out some of the bigger rapids on the 36km final stage from Inanda Dam to Blue Lagoon.

Dusi organising committee head Shane le Breton said the decision was made after meeting with the eThekwini Metro and SAPS management to address concerns about the safety of the entire field of paddlers taking part in the Dusi.

“It became clear that the additional resources that were requested were not available to the point that we could not guarantee the safety of every single paddler choosing to portage over Burma Road, so we had no option but to remove the Burma Road portage as an option this year,” said le Breton.

“It is a sad thing to have to do because Burma is indelibly etched in the history of the Dusi, and so many of the title races have been influenced by the strong runners going over the hill while the stronger paddlers paddle around.”

“What makes the Dusi unique is that paddlers have to adapt to changing conditions every year, and indeed day-to-day during the race. Not having the Burma Road portage as an option this year should be seen as a challenge for every participant.”

Le Breton confirmed that there had been several incidents during the last few years’ that heightened the concern around the safety of paddlers running the portage through the outskirts of Inanda, and the race committee had set out to safe-guard every participant from any threats.

“Sadly we don’t have assurances of manpower to be able to do that this year. The area on the descent has also developed significantly over the last year, and we could no longer use traditional paths through the bush that we had been able to in the past.

“That would require runners to use the tar roads for the descent, which is an added complication as these roads cannot be closed,” he added.

Le Breton said that the race committee had already taken some bold steps to ensure that participants who are used to the Burma Road portage will be able to adapt to the change.

“We will sign-post all the major rapids on the paddle around Burma, That, coupled with the abundance of videos on the race website detailing these rapids, will ensure that every paddler is equipped with the information they need to safely enjoy the final stage into Blue Lagoon,” he said.

He added that a new repair station will be set-up at the Burma Road take-out to fix any damaged craft. Traditionally the Burma Road portage was also an option for paddlers that had badly damaged their canoes on the first half of the final stage.

“We anticipate having good water for the paddle around as Inanda dam is around 75% full, and many Dusi regulars regard this section of river going around Burma as one of the highlights of the race,” he added.”

CHECK OUT THE VIDEOS OF ALL THE DAY THREE RAPIDS HERE