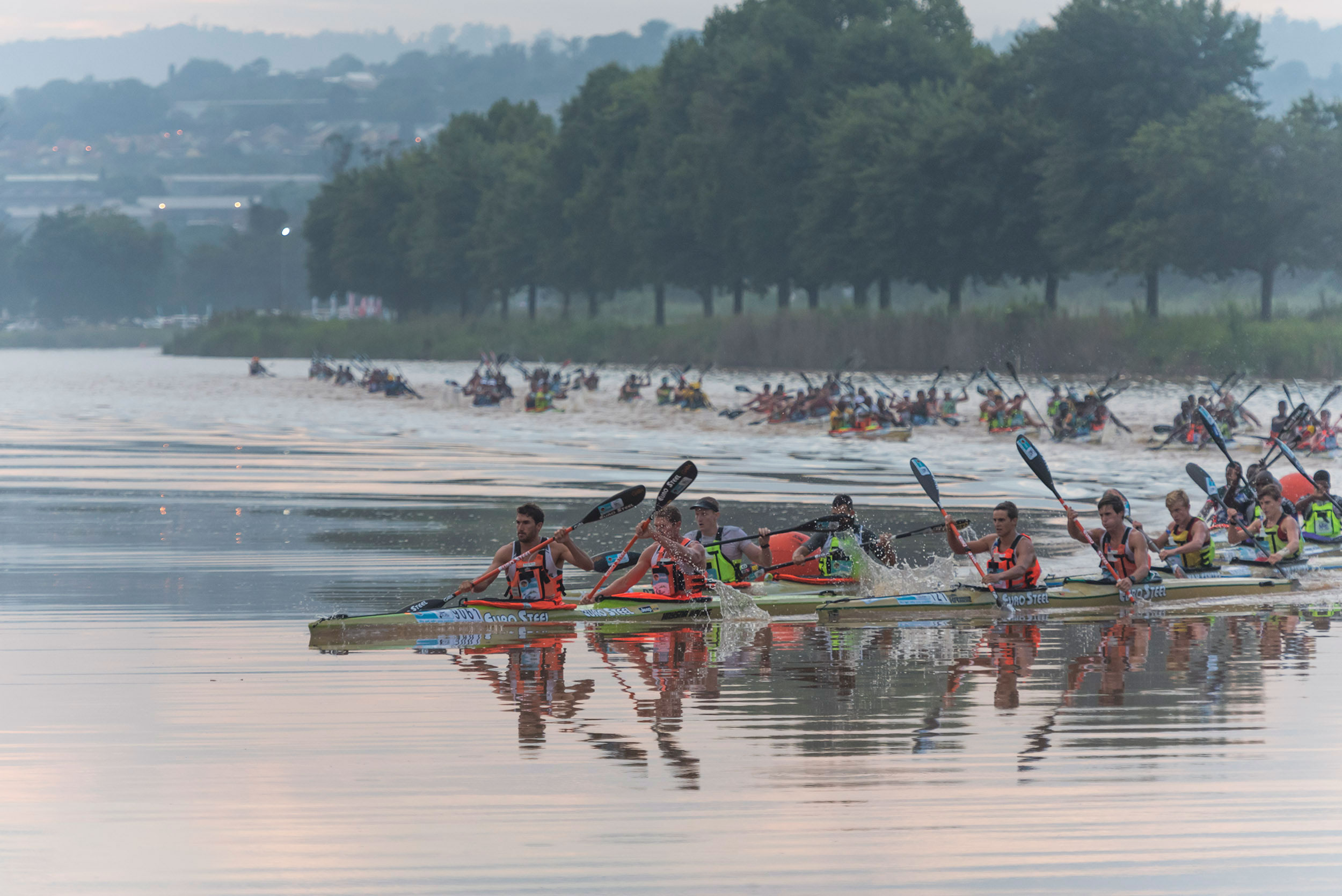 Competitive crews eyeing podium places at the Dusi Canoe Marathon from 25 to 27 February can look forward to the biggest prize pool in South African canoeing once again and a brand new incentive that will reward an exceptional result by the winning women’s crew.

The winning male and female K2 crews will once again receive the same prize of R25 000, but now the new incentive that will run as a new thread through the racing will offer a R45 000 bonus based on the relative finish of the women’s race winners.

“The new incentive will be given to the winning women’s K2 if they finished in a time that is less than 114% of the overall winner. If it is 114% or rounded down to that percentage point it will be shared. If the women’s winners are 115% of more behind the overall winner, then the men’s K2 will get the incentive,” he explained.

“We are excited to have women’s river paddling very well supported and highly competitive at the moment, and together with the equal prize money, we feel that this new race-within-a-race will draw further attention to the strength of women’s paddling at the moment,” he explained.

Last year the thrilling showdown between Christie Mackenzie and Tamika Haw for the Dusi women’s K1 title came down to a sprint finish into the race finish at Blue Lagoon, and was undoubtedly the highlight of the 2019 edition of the race.

That finish was savoured by a massive crowd at Blue Lagoon, thanks to a novel staggering of the reversed order start designed to ensure that the women’s winners arrived at the finish shortly after the first few men’s boats.

“I think this new incentive is a great step forward from a racing point of view,” said surfski world champ and respected athletes representative Hayley Nixon. “We’ve seem similar approaches adopted in surfski races over the past few years.

“What it means is that there is no room for either the male or female leading crew to back off because you may well be winning your gender fight but you don’t want to lose to the other gender.

“In the past we took for granted that the men would, by virtue of testosterone and physical capability, finish first and take the overall prize but now there is an opportunity for male and female to race each other.

“It’s a magic incentive, it’s really fair for all, it screams out equality and that’s what we want to see in our sport.”