The 69th edition of the iconic Dusi Canoe Marathon gets under way shortly after sunrise at Camps Drift in Pietermaritzburg on Thursday morning, taking the canoeists 120km over three days to Blue Lagoon in Durban, and offering Andy Birkett the opportunity to become only the second paddler in race’s history to record ten victories. 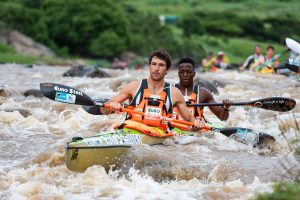 With the 2020 edition of the event being staged as a K2 championship race, Birkett has teamed up with Khumbulani Nzimande and will start as sure-fire favourites for the title, which will be a maiden win in the country’s most famous canoeing race for Nzimande, should they reach the finish line in Durban on Saturday afternoon first.

While the prospect of reaching double figures in the wins statistics doesn’t faze the record-shy Birkett at all, the partnership with youngster Nzimande has served to rekindle the passion for the Dusi in Pietermaritzburg-raised Birkett, who now lives in East London. He won the 2018 title with another former marathon world champion Hank McGregor, who is not paddling the Dusi this year.

For Martin Dreyer, a seven-time winner of the race and who is paddling the race again with his wife Jeannie, Birkett’s record is remarkable for its consistency.

“It is nothing short of incredible that he is poised to win a tenth Dusi at such a young age,” said Dreyer.

“There are so many variables, things that can wrong, so many curveballs, that for Birkett to have totally dominated the past decade is remarkable. He is a true Dusi champion, both on and off the water,” he added.

For young Nzimande, the chance to tuck in behind Euro Steel team racer Birkett has been career-altering, and the FNB Change A Life Academy product is ready to convert a series of promising results into a major title.

“Hardly anyone noticed, but Khumbulani (Nzimande) posted the second fastest time on the final stage of the N3TC Drak Challenge,” pointed out Dreyer. “That is a window into the future that awaits the young man.”

Birkett and Nzimande will be under serious pressure throughout, with a number of pedigree Dusi K2 crews easily capable of shading them, particularly if they have a mishap over the three days of racing.

Valley icons Thulani Mbanjwa and Sbonelo Khwela are both former winners of the K2 Dusi title, and have combined to form an ominous Dusi combination that will be very hard to beat running the portages. 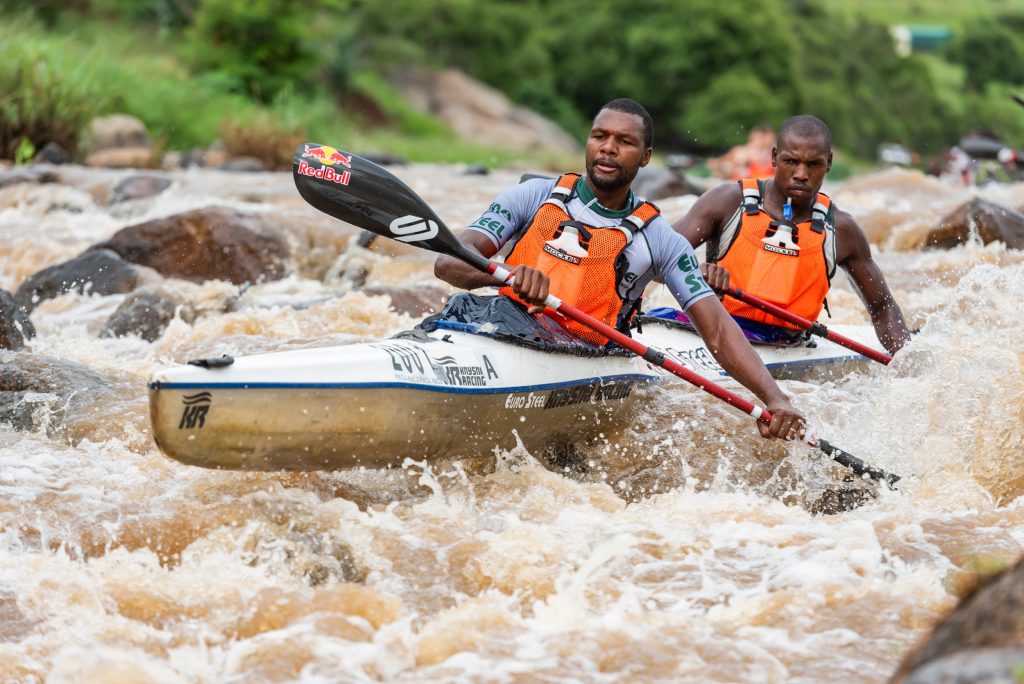 The Mooi River-raised Houston siblings Alan and Andrew Houston are due some better luck on the Dusi, after a spate of illness-plagued races thwarted their chances of a strong podium finish in the past.

Add to that mix the likes of Banetse Nkhoesa paired with Msawenkosi Mtolo, veteran Jacques Theron teaming up with rising Under 23 star Stew Little, Ant Stott and Carl Folscher, Lance Kime partnering Shaun Rubenstein and the raw class of Richard and Nhlanhla Cele, Mpilo and Loveday Zondi, Hamish Mackenzie and Dave Evans and Mmeli and Mthobisi Cele, and the racing in A batch is assured to be intense throughout the three days.

Defending Dusi K1 champion Christie Mackenzie has secured the partnership of potent runner and paddler Cana Peek for her bid at a K2 title, and they will be fast on the portages and on the river.

They will be hounded on the water by Jenna Ward and Kyeta Purchase, while the crew of Olympic medallist Bridgitte Hartley and Tracey Oellerman are also poised for a podium challenge. 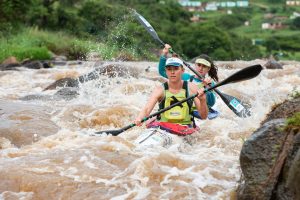 Tamika Haw, who was part of the nail-biting women’s K1 race last year with Mackenzie, will be racing with her sister Bianca, who makes a return to competitive paddling after a five year hiatus to pursue her mountain biking career, and they form a solid, unflappable team together.

Euro Steel has introduced an innovation to the 2020 Dusi with distinctive bibs and boat stickers highlighting the race leaders over the three stages.

The paddlers will have to adapt to the rule change that bars the Burma Road portage on the final stage, a tough run over a hill that can be a powerful weapon in a strong runners arsenal. The rapid urban sprawl of the outskirts of Inanda has forced the race bosses to outlaw this run for practical logistic reasons and to safeguard every participant in the race.

With clear weather forecast and the reliable Henley dam water release set to pave the way for ideal conditions for the 42km first stage from Camps Drift to Dusi Bridge, rain is forecast for the remainder of the race.

That could top up the level of the Mngeni, which will already have the benefit of a controlled ecological release from Nagle Dam on the second stage, and make the 46km middle stage a pleasure for the paddlers.

The rain will be even more significant for the final stage, where big water releases from Inanda dam have simply not been possible since the onset of the drought years.

There is a minimum of 17 cumecs that will be flowing out of Inanda Dam for the final stage, and water flowing into the Mngeni from major tributaries like the Mzinyathi and Molweni rivers could make the 36km stage from Msinsi Resort on Inanda Dam to Durban a rollicking homecoming paddle for the big field of canoeists.

Do you keep up some running fitness in the off-sea