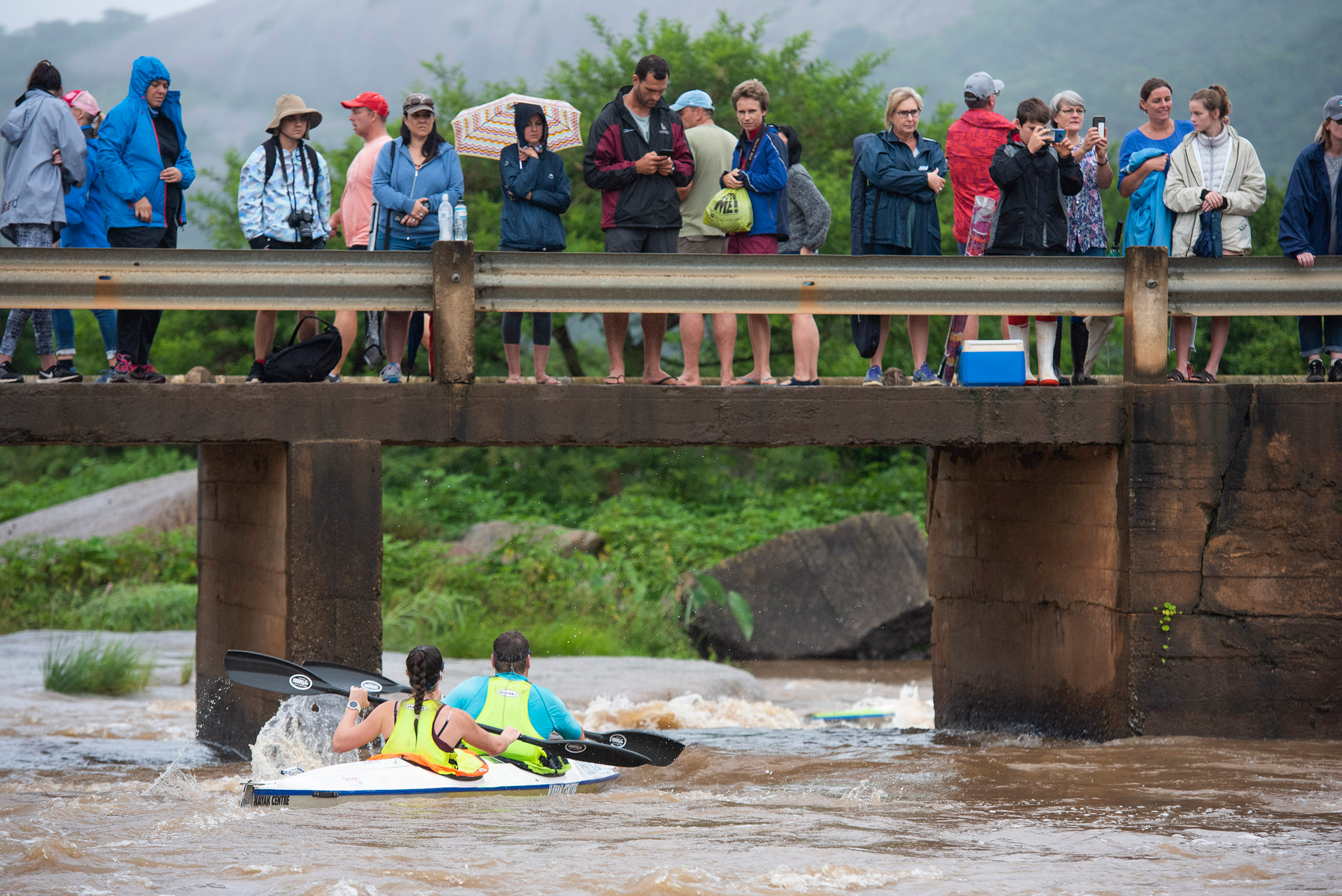 As the dust settles on the 2020 Dusi season following the successful conclusion of the three-day Dusi Canoe Marathon and the one-day Garden City Commercials Non Stop Dusi, organisers are highlighting some important statistics that show major gains in addressing the environmental challenges facing paddling on the Dusi.

In 2019 60% of the paddlers taking part in the Dusi fell ill with “Dusi Guts”, an illness resulting in upset stomachs caused by high E.coli levels in the Msundusi River.

This year that number fell to less than 17%, with only 3,6% noting in the annual post-race survey that the gastric problems were severe.

“That is the most encouraging result to come out of this year’s Dusi,” said Dusi Canoe Marathon organising committee chairman Shane Le Breton said.

“For decades the single biggest problem facing this famous race has been the quality of the water we paddle on. Last year was a particularly bad year as we had a ‘perfect storm’ just before the race that elevated the E.coli levels, so we prioritised ways to address this issue this year.

“This was complicated in August 2019 by the Willowton spill into the Baynespruit, which had a catastrophic effect on the Msundusi and adversely affected the natural ecology’s way of controlling E.coli,” said Le Breton.

“Fortunately, through the combined efforts of the Dusi Umgeni Conservation Trust (DUCT), Ground Truth and the Save Our Rivers team, we have been able to identify many of the sewer leak problems and after meetings with the Mayor and Deputy Mayor we are working in conjunction with them to make sure the resources are geared in the right direction to fix the sewer leaks.

“While our weather conditions were a lot kinder this year, I think we saw the results of all this hard work, and the positive messages from the happy paddlers have been very rewarding.

“Our pre-race campaign to educate paddlers, and give them tips on how to manage themselves during the race seems to have worked.”

Le Breton said that he and his committee would not rest on their laurels, as there was a lot more work to do.

“The problems that cause Dusi Guts are complex, and they affect the lives of people who live on the river and farmers downstream all year round,” said Le Breton.

“Willowton, in the aftermath of the August 13th spill, committed to supporting the establishment of the Baynespruit conservancy, which is a vital part of addressing the bigger issues facing the Msundusi ecology. The Baynespruit is by far the most polluted tributary to the Msundusi.

“If we can see meaningful progress in the establishment of this conservancy, then we will make further progress in healing the river and making it safer for Dusi paddlers and the people who rely on the river year round,” he added.

2021 will be the 70th edition of the Dusi Canoe Marathon and Le Breton believes that they have put in place a solid blueprint to build on going forward.

“We have had some positive conversations with potential headline sponsors for 2021 and given the success of this year we are hoping to grow the numbers of participants.

“The Dusi is an institution in South African sport and the response to this year’s race shows the importance of the event.

“The planning for the 70th edition of the race is already underway and paddlers and spectators can expect a bigger and better race than this year,” Le Breton added.