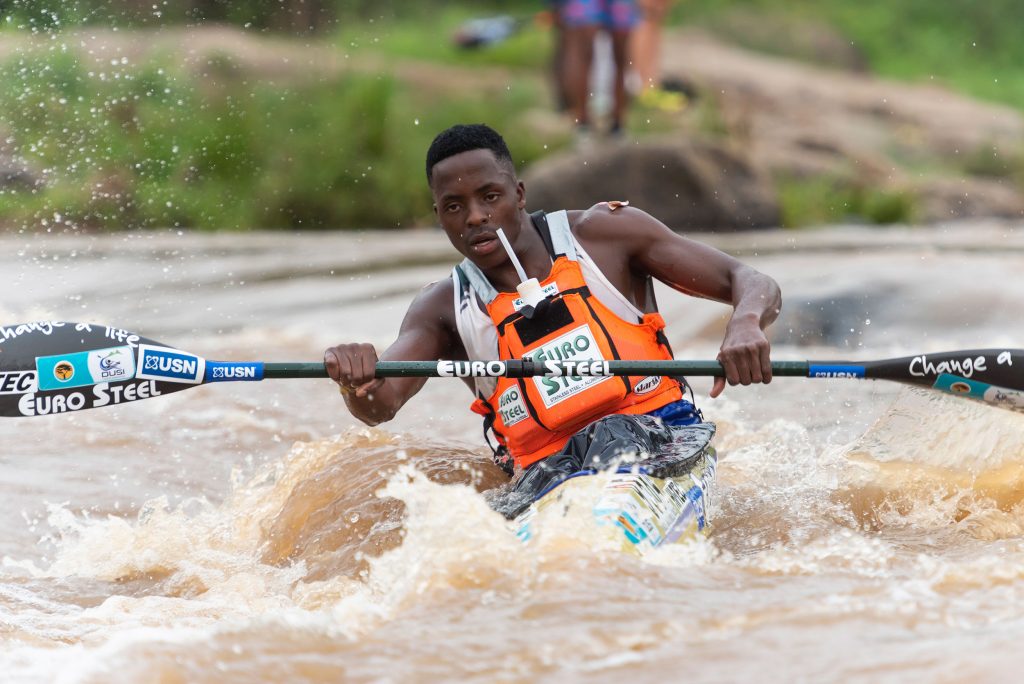 Having teamed up with Andy Birkett for a fairy tale MyLife Dusi Canoe Marathon title in 2020, young Khumbulani Nzimande is determined to continue his rise with another podium, this time in his K1 at the 2021 edition of the race from 18-20 February.

Nzimande arrived strongly on the Dusi scene when he finished fourth in 2019 in his K1. A result that might have surprised a few people but from there he backed it up with a debut win and he knows that he’s going into 2021’s race with a target on his back.

“There is pressure from myself and from the people around me to do well next year,” Nzimande said. “The guys that I train with are encouraging me to push myself for a podium finish and that is my goal.

“If I can get into the top three I will be very happy and a win would be incredible!”

It will be a very different Dusi for the 24 year-old but he is looking forward to getting out on the water again as he continues his build up starting with his first seeding race this weekend.

“I will be racing in the Ibis Point to Mbeje’s Store race this weekend and it will be my first race on the river this season.

“I raced at the Orange Descent last weekend but it was a disappointing one for me because of a swim that cost me a lot of time but I am looking forward to getting back my race fitness,” he added.

Nzimande believes that he needs to make a few adjustments to his preparation in order to compete for that coveted Dusi podium finish.

“This year I am going to try and trip on the uMsundusi and uMngeni Rivers more than I did for the last K1 race to just make sure that I am familiar with the rivers.

“I have been working hard with my coach Andrew (Booyens) and I am going to try and split my training fifty/fifty between paddling and running,” he explained.

After his win at the Dusi with race legend Andy Birkett, Nzimande still uses the ten-time Dusi champion as a sounding board.

“I still speak to Andy about stuff and he is always happy to give me advice which is great for me.

“It’s going to be an exciting race next year and I am really looking forward to racing against the best again!”