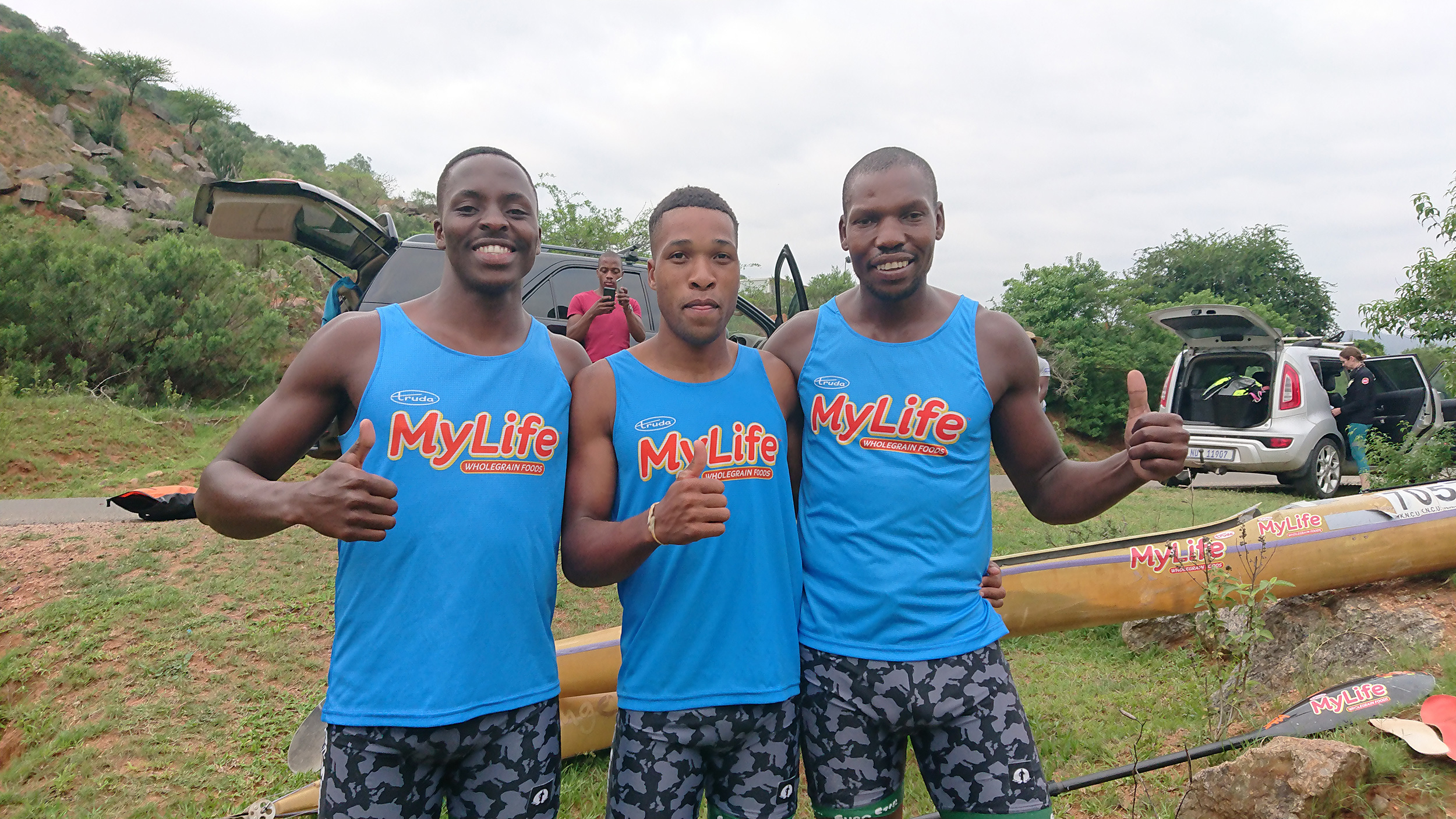 The newly formed Team MyLife made a bold entrance into the 2021 MyLife Dusi season when their trio of paddlers claimed three of the top six spots at Sunday’s Alan Gardiner Memorial Ibis Point to Mbeje’s Store race that covers half of the second stage of the Dusi course.

The race also reflected a substantial interest in the upcoming Dusi Marathon as the large entry of over 165 paddlers entered to take on the stretch of river that includes the infamous Nqumeni Hill portage, more than doubled the entry into the same event last year.

The young duo of Nzimande and Mtolo fought it out against a strong elite field, including some strong Under 23 racers, with former Maritzburg College pupil David Evans finished second and Change a Life Academy member Bongani Ntinga finishing fifth ahead of Mbanjwa in sixth.

As part of the multi-layered empowerment deal that the paddlers have with MyLife and its parent company Truda Foods, all three paddlers on the team are employed by the company, which also provides assistance in their training and racing.

Another former Dusi champion was in the field on Sunday. Flying under the radar Sbonelo Khwela started in the last batch to register the ninth quickest time of the day, and openly admitted that he was just starting his 2021 Dusi training programme.

The build up to the 2021 Dusi gathers more speed in the coming weeks as the Umpetha Challenge returns to the calendar at the end of November. There will be a traditional break over the festive period before paddlers begin their final month and a half preparation starting in January.

From the start of 2021 the seeding races come thick and fast as paddlers take advantage of the usually better river conditions to get their Dusi seeding in order.