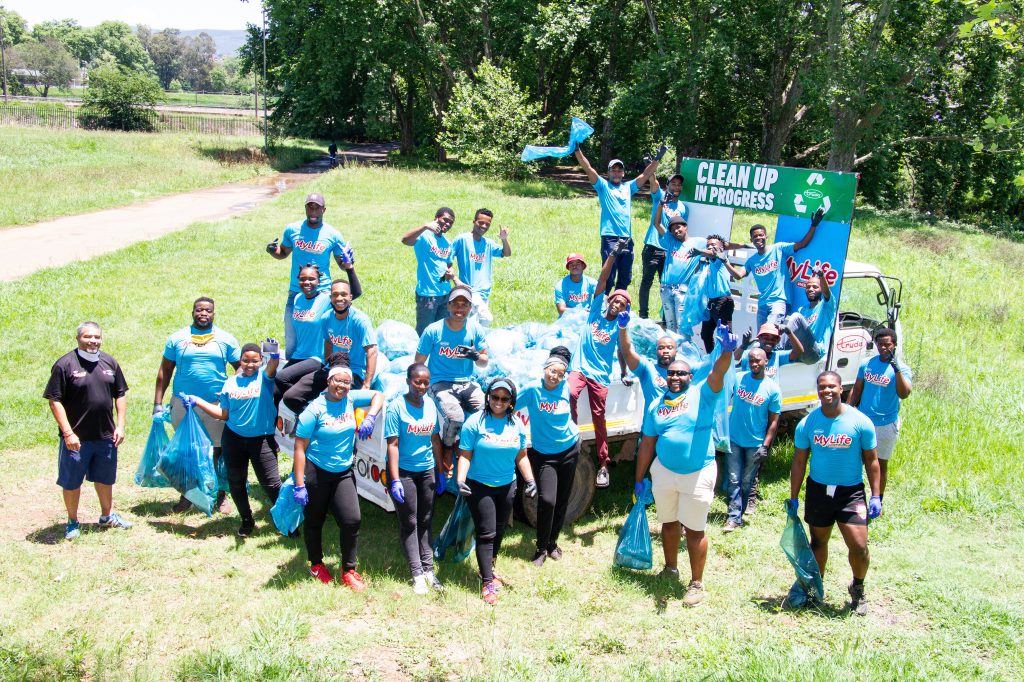 As entries start flowing into MyLife Dusi Canoe Marathon HQ and the activity on and around the uMsundusi River continues to increase both the race and the Duzi Umgeni Conservation Trust are hard at work cleaning up the river and its banks.

With the summer rains flushing the river and bringing with them large amounts of debris and litter, teams are working hard to try and prevent this from flowing further downstream. The work that is being down along the banks of the river by these teams is crucial in trying to revive the famous waterway.

The sponsors of the Dusi MyLife’s parent company Truda Foods are at the forefront of the clean-up efforts and have planned a number of different clean-ups along the river from Camps Drift to the Low Level Bridge.

“There has been a lot of illegal dumping in the area around Camps Drift that DUCT and the Truda Foods team have worked hard to clean up,” Dusi race organiser Shane Le Breton said.

“DUCT were well assisted by the municipality that helped with various machinery that was needed to remove all of the waste and both teams did a great job in making sure that all of the litter and waste was collected.”

This isn’t going to be a once-off project for Truda and the Dusi and there are a number of other clean-ups that will be happening throughout the festive period and into the new year as they prepare for the Dusi in February.

“There are five more clean-ups in the pipeline between now and the start of the Dusi with the next one taking place at the MyLife Weir (formerly Commercial Road Weir).

“We’ll then focus on the stretch of river from Mussons to the Low Level Bridge, followed by a clean-up at Ernie Pearce Weir before the Kindo Covers Dash ‘n Crash.

“Finally on registration day of the Dusi we will do another clean-up at Camps Drift,” Le Breton added.

The Dusi organisers have been happy with the proactive way in which the municipality have come on board and are working to try and make the Msundusi a cleaner and safer river for everyone.

“We have met with the mayor and they are trying to make sure that all complaints are being dealt with.

“They are doing all they can in fixing leaks into the river and are working hard to clean up the river as they use events like the Dusi as catalysts for bringing tourists into the city.

“There is a big push to try and increase the appeal of Pietermaritzburg and cleaning up the Msundusi is an important way in trying to bring people back,” Le Breton added.

The clean-ups have also included roping in the services of the UKZN Rugby Club’s players to help.

The general public are urged to get involved in helping with the clean up around the uMsundusi river and can get in touch with Mary Millward on info@dusi.co.za if they want to help.