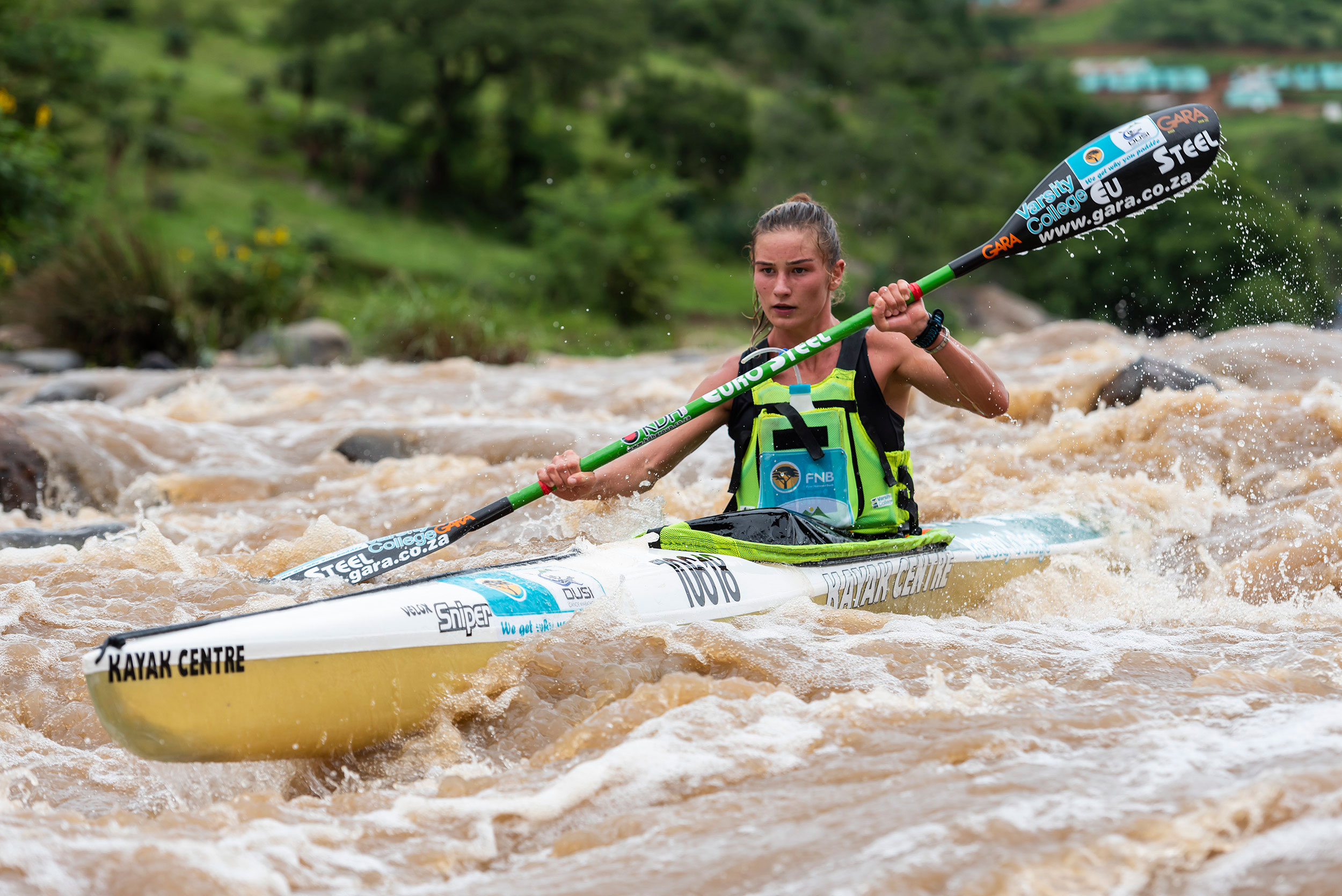 Following her win at the closest women’s race in MyLife Dusi Canoe Marathon history in 2019, defending women’s K1 champion Christie Mackenzie will be hoping to bag her second title when the race finishes at Blue Lagoon on Saturday, 20 February.

Mackenzie and Tamika Haw jostled it out for the entire race and it eventually came down to an thrilling end sprint into Blue Lagoon that Mackenzie managed to win by the smallest of margins.

Following the recent lockdown nationwide due to the COVID-19 pandemic Mackenzie has had to re-evaluate her training methods and despite not being able to spend a lot of time on the river she is feeling good about her preparations.

“I have been able to do a lot more running than usual during the lockdown,” Mackenzie said. “Now that we can get back onto the water I have been trying to get some races under the belt and will do a few races in Joburg and then the Drak Challenge.

“I want to try and do as many pre-Dusi races as I can but the training is going well in Joburg because we have a strong group of paddlers here and the conditions are tough, especially coming from Cape Town.”

Having the defending champion tag is not something that Mackenzie is too concerned about and she is actually embracing the role heading into February’s race.

“I think it’s pretty cool being the defending champion and it’s interesting that people keep asking me about my training and how I prepared for the last K1 Dusi.

“I’m also not one of those people that keep’s things from people and I’m open about sharing what I know with other people.

“I don’t keep my training under wraps at all!”

The women’s race in 2021 will be another tight affair with the entries expected to flood in at the beginning of the new year. Mackenzie is looking forward to another tough tussle as women’s paddling continues to grow.

“I don’t really focus on who’s going to be at the race or who my competition is but I really hope that we have another strong field because it just makes it far more competitive.

“For me it’s about whoever shows up, shows up and that’s what makes paddling exciting.”