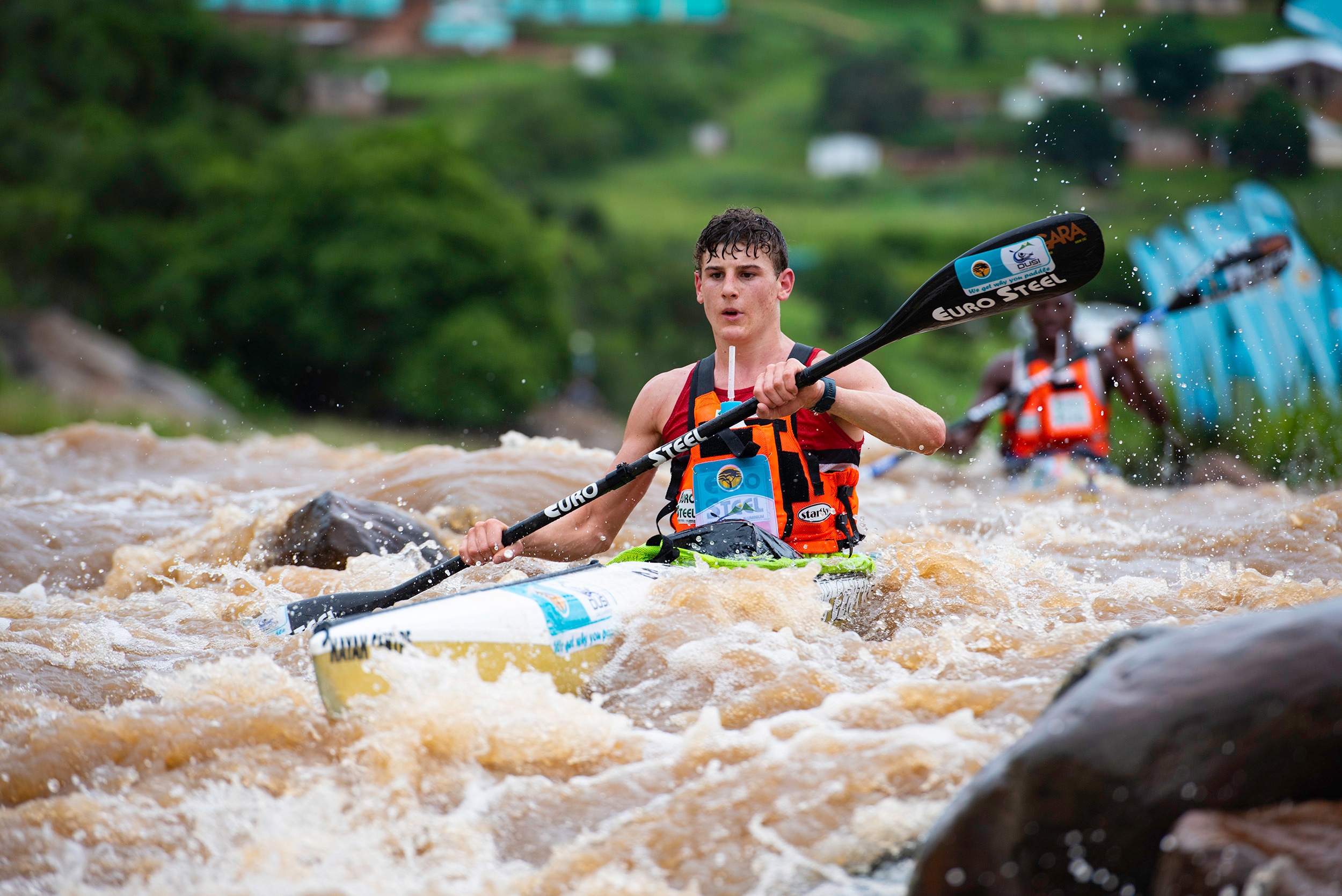 Former Maritzburg College student David Evans has been hard at work preparing for this year’s postponed MyLife Dusi Canoe Marathon where he hopes to mix it up with the top paddlers over the three days from 18 to 20 March 2021.

Given the postponement of the race, Evans knows that it was the right decision from a health perspective and the delay hasn’t influenced his preparation for the year’s biggest river marathon.

“I am very happy that they decided to postpone the race given the current situation that we are facing,” Evans said. “A month’s delay can mess up our periodisation but I have been able to change that so it’s not a problem for me.

“I did ease back on the training for a bit because you can’t work that hard for an extra four weeks but I am back to the serious training again.”

The Under 23 star has shown his worth throughout his years as a paddler with a handful of World Marathon Championship medals as well as age group Dusi titles. The 19 year-old is ready to make that step up and compete with the country’s best over the three days.

“I have been working really hard for this year’s race and the Dusi has been a major focus for me,” the Euro Steel athlete said.

“In the past I have known that my paddling has been stronger and I have worked hard on my running but this year I would say it’s probably fifty fifty.

“If I can finish in the top five or higher this year I will be really happy!”

Evans will have his work cut out for him given the experience that clouds the top five of the Dusi every year. The likes of Andy Birkett, Sbonelo Khwela and Thulani Mbanjwa are the paddlers that occupy the top spots at the Dusi and Evans is hoping to compete with them and the other top paddlers.

Despite his relative lack of experience, Evans is hoping that his thorough preparation he can make up for that.

“The top guys know their stuff and have paddled a lot of races between them but I’ve tried to spend as much time tripping in the valley as I can.

“I have found that I do pick up some pointers from the leaders like when to take it slow and when to kick on which are important elements to racing,” he explained.