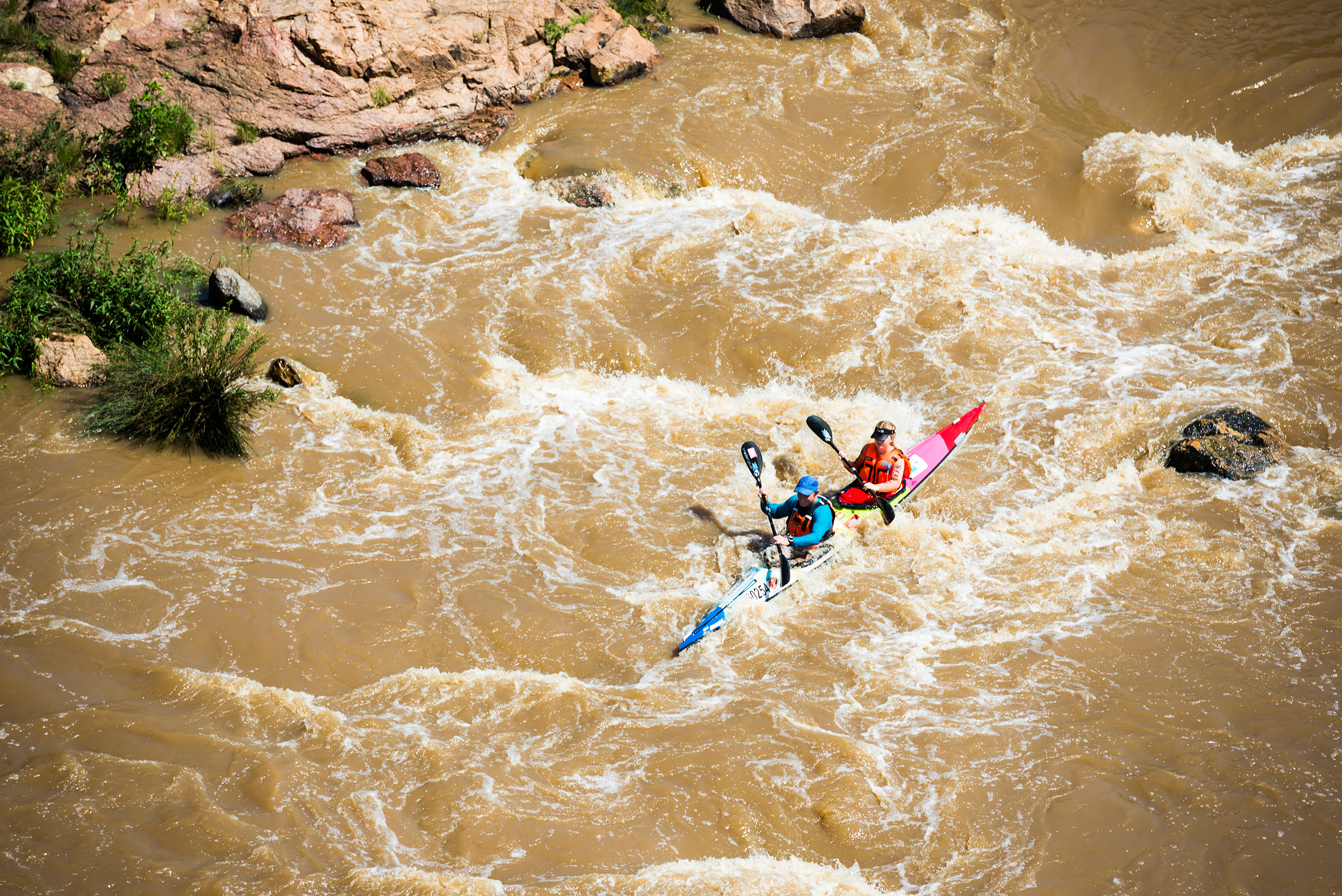 With just over a month until the 70th edition of the MyLife Dusi Canoe Marathon, organisers have shifted seeding and qualifying races to the next few weeks in order to give paddlers the best possible chance to be ready for the three day race from 18-20 March.

The local KwaZulu-Natal calendar has been condensed into the next three weeks to give top paddlers the best chance to get a good seeding for the race but to also give paddlers a feel of what racing on the Msundusi and Mngeni Rivers will be like, particularly given the unusually good summer rainfall.

The weekend of 20-21 February will host two of the race’s most important build-up races with the Campbell’s to Dusi Bridge race providing a dress rehearsal for a key part of the first day while Sunday’s 50 Miler helps sharpen up your skills as it covers most of the Dusi Second Stage..

The following weekend’s action takes paddlers from Inanda Dam to Blue Lagoon giving paddlers insight into what to expect from the third and final day of the Dusi.

In close consultation with the KwaZulu-Natal Canoe Union the organisers have decided to take a common sense approach to paddlers looking to qualify for this year’s Dusi.

“Two of these may be club trips organised by club safety officers who then send us a list of all the participants. Two of these may also be a swift water course with Rob Hill, who also sends us a list so there are several options for paddlers to get to the six mark.
“For Dusi this year we will certainly be reasonable, and anyone a little short on the six should apply for consideration with the details of what they have actually managed to complete.”

Given that there are four races between this week and the Dusi on 18 March many paddlers can get close to that six race threshold, however if they can’t, the organisers will consider every reasonable request for a relaxation of the qualifying criteria; but this is up to the discretion of the race organisers who cannot make guarantees to paddlers.

“Paddlers just need to be reasonable in their expectations,” Le Breton added. “Two Klips or two Upper Umgeni races are not going to cut it but say Campbell’s to Dusi Bridge, 50 Miler and the 2 Day Klip or Inanda to Durban would be fine.”

For paddlers in Johannesburg the Two Day Klip has been moved to the end of February to give them a chance to qualify with the organisers happy that that race will be sufficient in conjunction with others for paddlers looking to paddle the Dusi.

Another means to entry is the traditional Five Times Rule which allows less experienced paddlers who do not have the sufficient proficiency to paddle the Dusi in the back of a K2 with someone who has completed five Dusis.

Given the situation and how it is continuously changing, organisers have stressed that they are more than willing to assess each case on its own merit.

Normal entries for the 2021 MyLife Dusi Canoe Marathon close at midnight on 1 March.