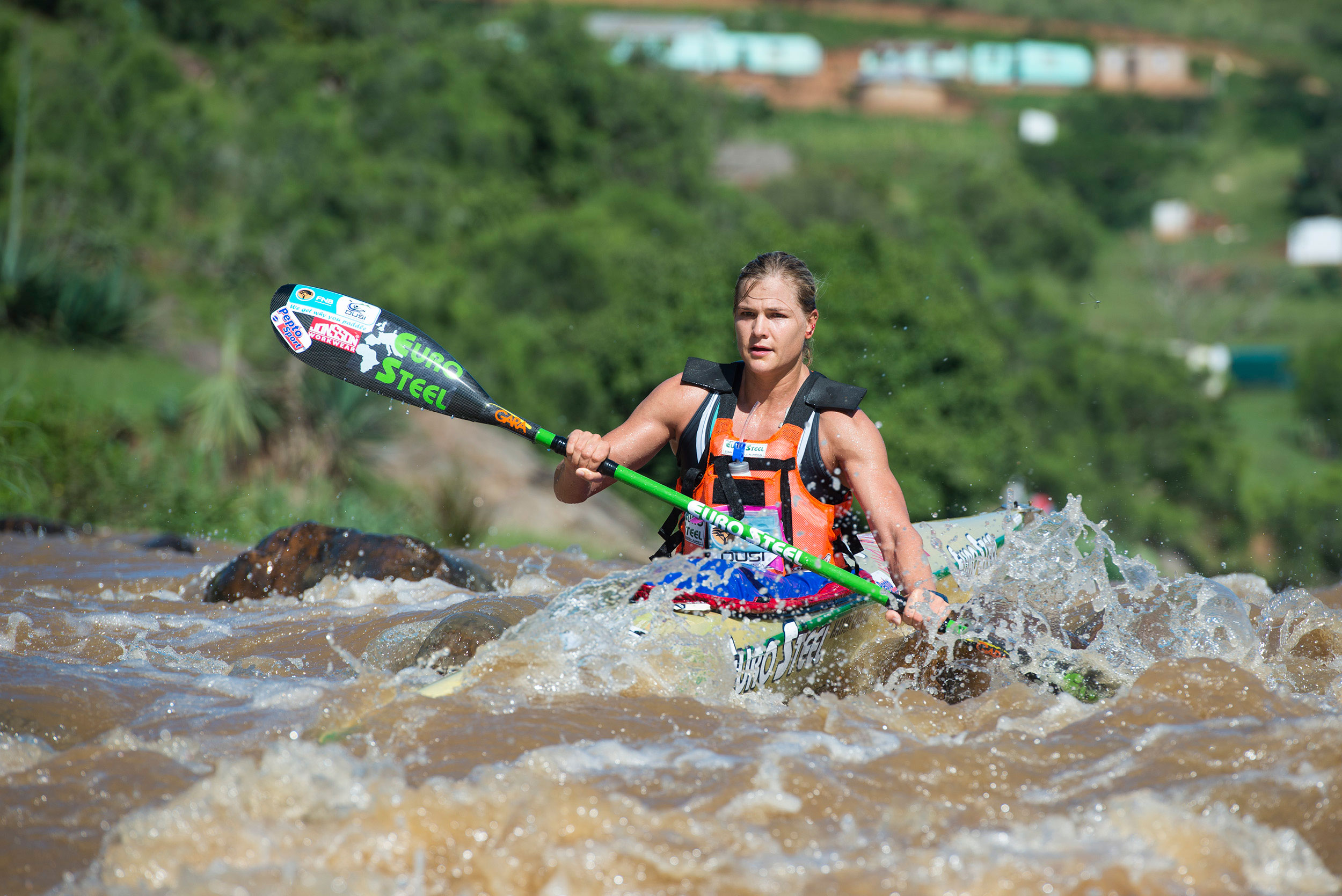 While she still harbours serious Olympic aspirations this year, South Africa’s most decorated sprint paddler Bridgitte Hartley says she is determined to make her mark at the 2021 MyLife Dusi Canoe Marathon from 18-20 March.

There is heightened interest in the three day classic, which has a new sponsor on board, after being given the green light to be staged next month when many others events are being cancelled or postponed. The unprecedented summer rainfall has filled the rivers and sparked the interest in the race for many paddlers including Hartley.

“Being on the NCC committee and seeing the work that has gone into this year’s Dusi has really made me excited for the race,” Hartley said.

“To have a new sponsor on board has made things that much more exciting and for me the cross-training is always something that I enjoy even though I am not very good at running with my boat!

“I love the challenge of the Dusi because it’s so far detached from what I have known my whole career.”

Hartley’s best Dusi result is a second in a K2 with Christie Mackenzie in 2018; however her K1 results have not been as strong. This is something that the Olympic bronze medallist would like the change this year.

“I would still love to conquer the Dusi!” “It’s a challenge that I love taking on and I wouldn’t write off trying to win the race but I know that there are a lot of other girls that want to compete and win.

“I want to be fit and ready for the race next month.”

Hartley has been training with the likes of Dusi specialists Thulani Mbanjwa and Khumbulani Nzimande at Nagle Dam in preparation for this year’s race.

“While I haven’t been able to train with the guys often, it has been great for both of us from a paddling and portaging perspective.

“I have learnt a lot about running with my boat which has been great and it’s been fantastic to see how they train for the Dusi.

“Training at Nagle Dam is beautiful, so I’ve really enjoyed my time there and I have learnt so much about Dusi preparation,” she mentioned.

Given the current state of affairs and the forever changing landscape, Hartley still has ambitions about giving this year’s Olympic Games qualification a go, however she is stuck in two-minds about her long-term plans.

“My paddling career is definitely at a cross roads at the moment,” she said. “With the postponement of the Olympic Games to this year qualification is definitely still in the back of my mind.

“The thing for me is that it is hard to justify spending my own money to go to Russia to try and qualify when you are not guaranteed a spot at the Games.

“With that said I am still not giving up on qualification and I will train and prepare like I am going to try and qualify for Tokyo.”