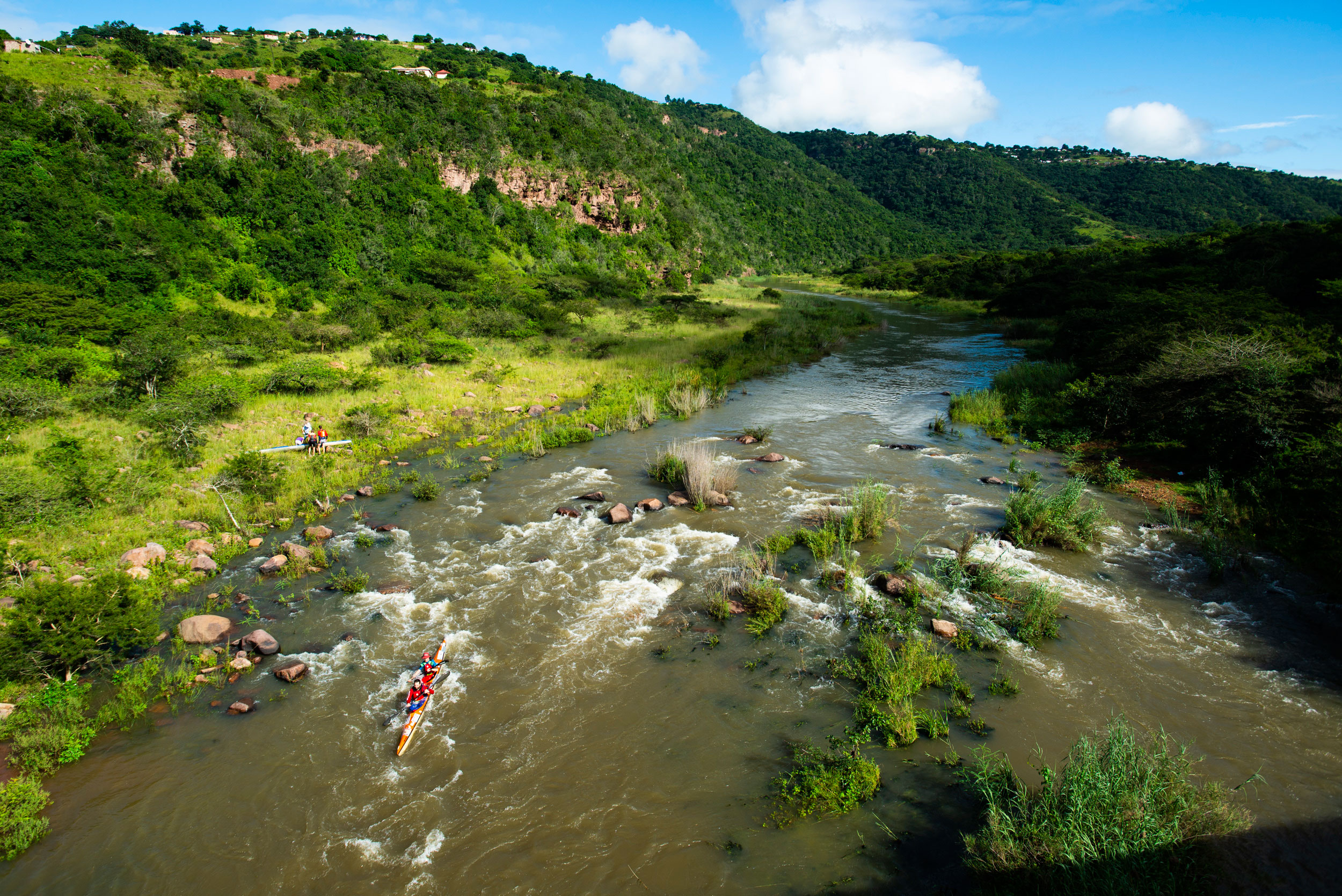 With three weeks to go until the MyLife Dusi Canoe Marathon, eager paddlers are itching to return to the uMngeni River to train on the final stage of the race when the Inanda to Durban is staged on Sunday, marking a return to the popular race for the first time in a decade.

The exceptional summer rainfall has left Inanda Dam spilling, and after years of being unpaddleable as no water has been spilling over the dam wall, canoeists have been relishing tripping on the section below the Inanda dam wall to the Dusi finish at Blue Lagoon after the recent heavy rains.

Sundays race, which starts at the eNanda Adventure Park at 7am, will treat the Dusi aspirants to superb water conditions, as the local water liaison authority has organised for the race to coincide with a release of 20 cumecs of water as part of an ecological flush intended to clear the dam scours and provide a vital ecological flush of the river basin.

With a big field of Dusi paddlers expected to enter, the organisers of the new MyLife Dusi Series have agreed to add the race to the series to add further spice to the contest between the elite stars that will aim to make the most of the simulated race conditions on one of the most popular sections of river in the country.

The race will include a short paddle out of the bay from the start at the eNanda Adventure Park to the portage around the dam wall, before the paddlers can enjoy the full river for iconic rapids such as Tops Needle, Umzinyathi, Graveyard, Little John, Five Fingers and Island Rapids.

With the Burma Road portage still firmly out-of-bounds following the call made before last year’s Dusi to remove the tough portage as an option to safeguard the security of all the paddlers, the section around Burma Road has become increasingly important for Dusi paddlers to study before the race, and this weekend’s simulated race level will make it a top priority for aspirant Dusi racers.

Island Rapid itself has changed significantly since major earthworks were carried out in that section of the uMngeni Valley, and last year’s Dusi provided something of a surprise for may hardened Dusi paddlers when they negotiated Island Rapid.

Tactics amongst elite paddlers who fancy racing onto the Dusi podium, with many opting to downplay their performances during the pre-Dusi races to avoid revealing too much about their race form, while others elect to race these one-day races hard to test themselves against the rapids and portages and the likely elite challengers.