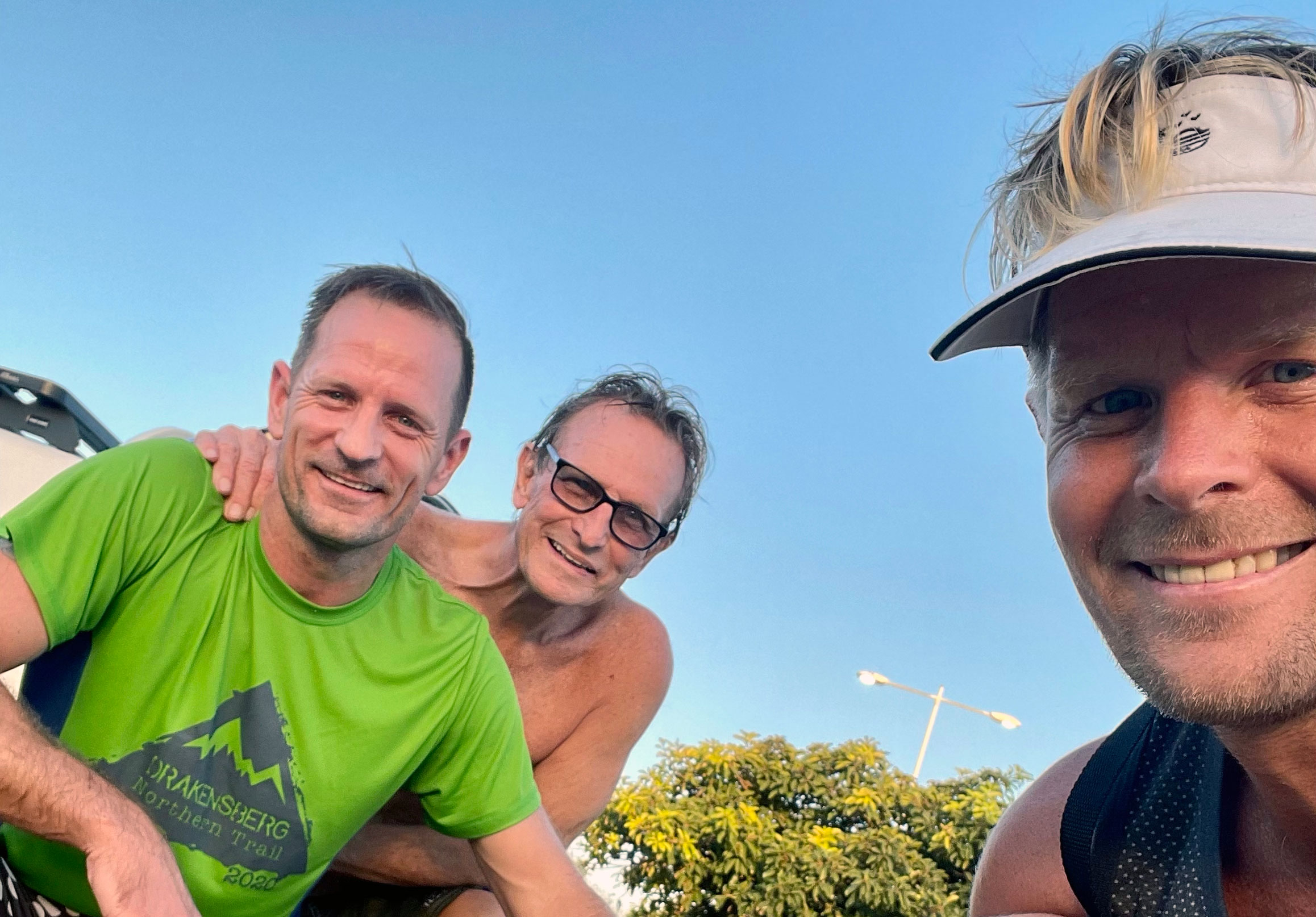 With unprecedented rains throughout KwaZulu-Natal during this summer, the 2021 MyLife Dusi Canoe Marathon has attracted the attention of four different K3 crews, with the Burnett family boat of father and two sons have an important task when the race starts on 18 March.

Westville based son Trent and his Umdloti based brother Kade, who have a combined 36 Dusi finishes between them, will want to take their father Colin’s tally to the magical ten Dusi’s mark, and allowing him to get his permanent green Dusi Number when they get to Blue Lagoon on Saturday, 20 March.

“My dad has done nine Dusi’s and he’s getting on in age a bit,” older brother Kade Burnett said. “He’s going to turn 70 next year and he hasn’t done a Dusi in five years due to a knee replacement and he hasn’t been able to walk properly.

“He also went through a bout of depression which he struggled with but he’s out of that now and we want to keep his spirits up and he’s so stoked with everything now.

“We just thought that this year is going to be his tenth so let’s get him down the river and get him that permanent number.”

Like many parents who have spent time on the Dusi seconding their children, like Colin Burnett has revelled in following his sons through the valley for the majority of their careers.

“Seconding us became his role from the first Dusi we both did together. We took fifteen swims throughout that race and he still supported us!

“It was a rite of passage for us but we still managed to get to the finish and have come back again and again since then.”

Trent will be responsible for driving the K3 from Pietermaritzburg to Durban while Kade will take up the position in the back of the boat.

“Whenever I paddle with my brother he’s usually the driver and I’m in the back so we are going to go with that and plonk dad in the middle.

“We tell dad that he’s going to get a nice easy float down the river but I don’t think that’s going to be the case!” he laughed.

The trio is experienced enough paddlers to know where their fitness levels need to be and for Burnett they will be ready for the race in two weeks’ time.

“The training hasn’t really been going because of Covid-19 but we are paddling in some dices and I’ve been running a lot and we know the Dusi is also a running race.

“I’ve also been fishing a lot off my ski so I’ve been covering miles there but my brother and my dad haven’t been training so I’ve been trying to kick them into gear at the dices!”