While many canoeists have found the past year of lockdowns and regulations frustration, it seems to have invigorated the MyLife Dusi defending champion Andy Birkett, who says he is more excited than he has ever felt in the build-up to the three day race from Pietermaritzburg to Durban from 18 to 20 March.

“I can’t remember when I was last this excited for a Dusi,” said Birkett, an ominous sign for any athlete hoping to prevent him from winning an eleventh Dusi title.

“My training seems to have been more enjoyable, and even when we got news that the date of the Dusi had been moved out by four weeks, it has worked out well for me.

“I was able to take two weeks off and rest. My body was allowed to recover. I feel fresh and excited and cannot wait to race,” said the Euro Steel racer from his home in East London. 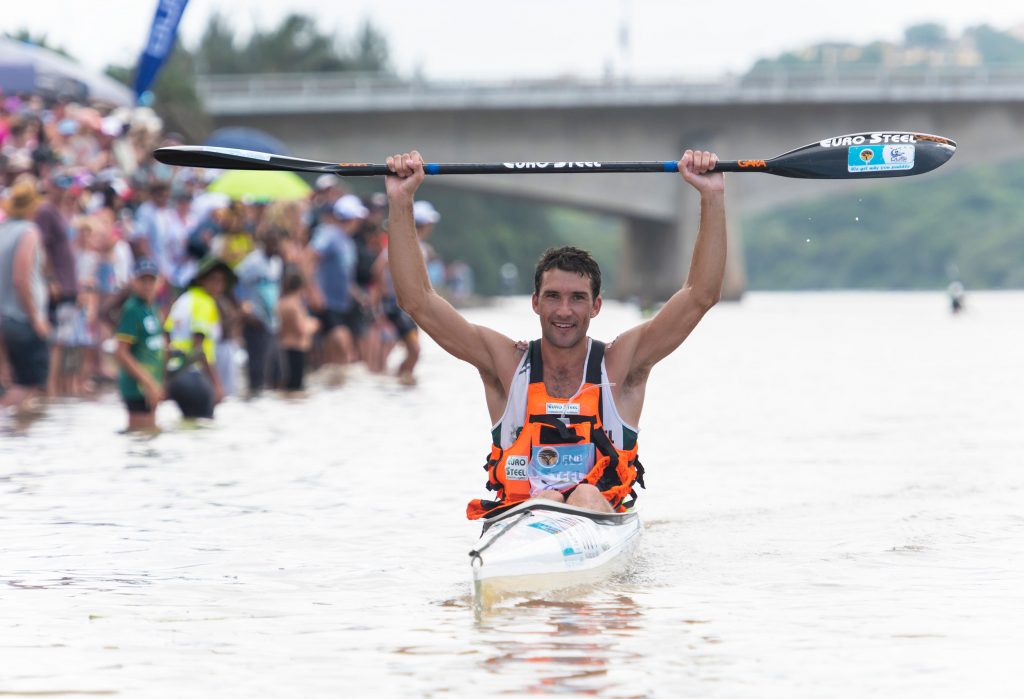 “The calendar has changed but we have been able to have decent races in the last few months, which we are all grateful for, and it seems that all the top guys have been racing, which has added to the excitement,” he said.

Birkett spent time tripping on the rivers during the December holidays, and made the trip to KwaZulu-Natal in February where he won the key Campbell’s Farm to Dusi Bridge race. Many paddlers thought that his absence from the results of the 50 Miler the following day was a ploy to avoid attracting more pre-Dusi attention.

“Far from it!” explains Birkett. “I started the race but by halfway my boat just gave out! There were big holes in it and it became a mission so I jumped out and went to second my wife Nicki.”

For Birkett it is key to be fresh and upbeat going into the biggest race of the year.

“You cannot read anything into the pre-Dusi races because none of them are like the Dusi in terms of distance, the mix of running and paddling, and you have to recover after each hard day.

“Yes it is good to trip the river, but with each small change in water level, the lines change,” explained Birkett. “You have to be able to read what you see in front of you. If you pre-learn all your lines you start to overthink things.”

“You have to approach it as an adventure race, and keeping it fresh and a novelty helps me. We will get to KZN on the Monday of race feeling fresh and excited, and really looking forward to the race,” he added.