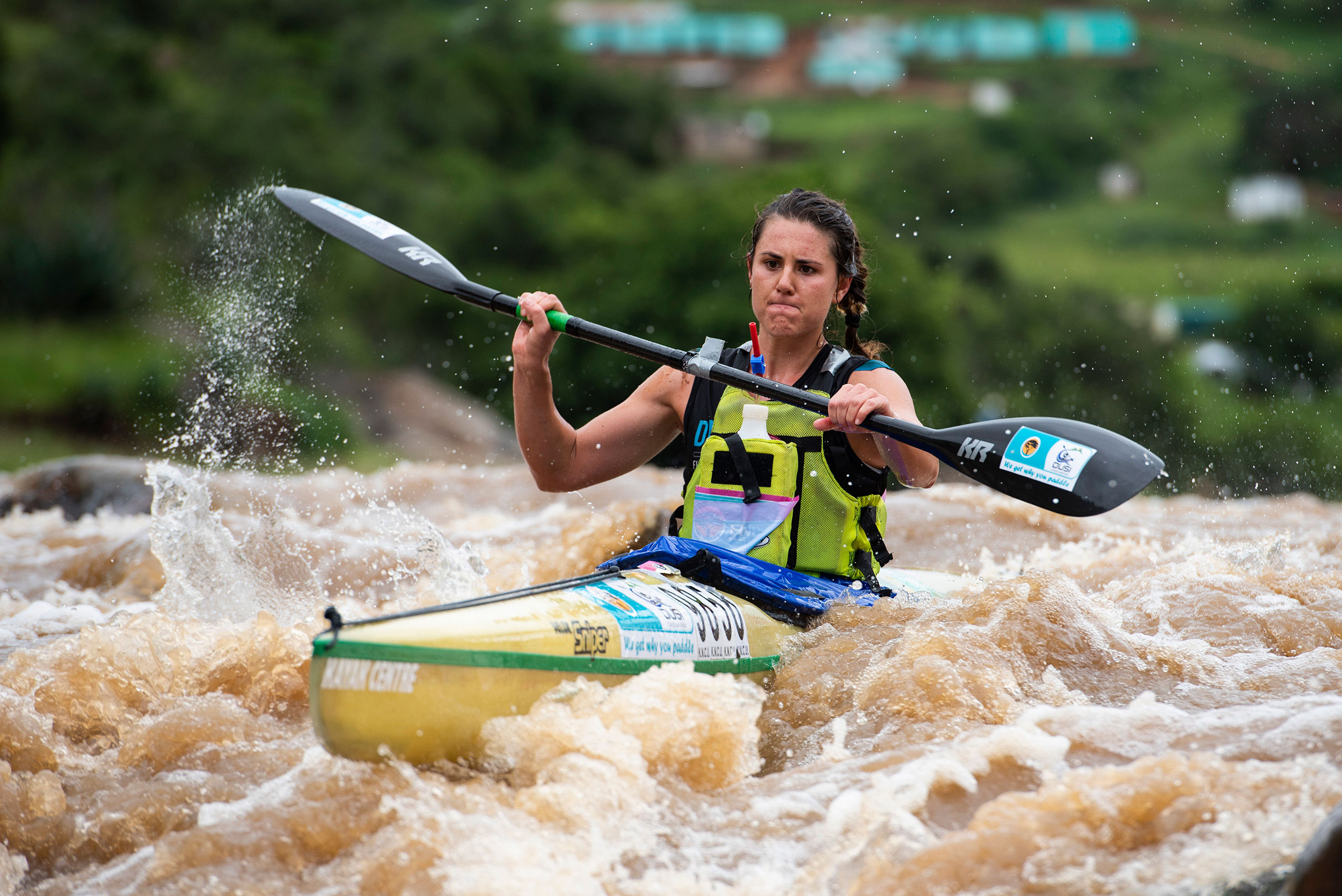 With a second and a first to her name in the last two years, recently married Tamika Gandar (neé Haw) has slipped in an eleventh hour entry for this year’s MyLife Dusi Canoe Marathon starting next Thursday, adding further spice to the intriguing women’s title race.

Gandar powered to victory in her K2 with sister Bianca Haw in 2020 and lost out in an end-sprint to Christie Mackenzie in the 2019 K1 edition – the closest race in women’s Dusi history.

Given her Dusi pedigree that includes a handful of podium finishes, Gandar, who hasn’t been paddling the pre-Dusi races, understands that she might be off the pace when the race starts at Camps Drift next week.

“I am not going to go into the race with any sort of expectations,” Gandar said. “I realised that I had to enter because I knew that if I didn’t I was going to have way too much FOMO because the Dusi is such a big part of our family.

“I’m really excited to get back on the river and the Dusi is such a special race that I knew I couldn’t miss.”

A veteran of ten Dusi’s Gandar’s knowledge of the river is a given and despite being absent through the build-up races isn’t too concerned given her experience on the stretch of river between Pietermaritzburg and Durban.

“The memory is there and I will be using that a lot during the race!” she commented.

“I just want to be able to manage myself through the rapids and on the river and then run as hard as I can on the portages.

“You never know what can happen on the Dusi so it is going to be another exciting adventure this year.”

With so many Dusi finishers medals in her cabinet the Dusi remains a race that continues to intrigue Gandar and continues to be an event she doesn’t want to miss.

“Of all the things that the Dusi brings just getting to Durban is the greatest achievement for me.

“There is a different challenge every single day and I love the feeling of being sore after each day of racing and sharing the war stories of what happened.”