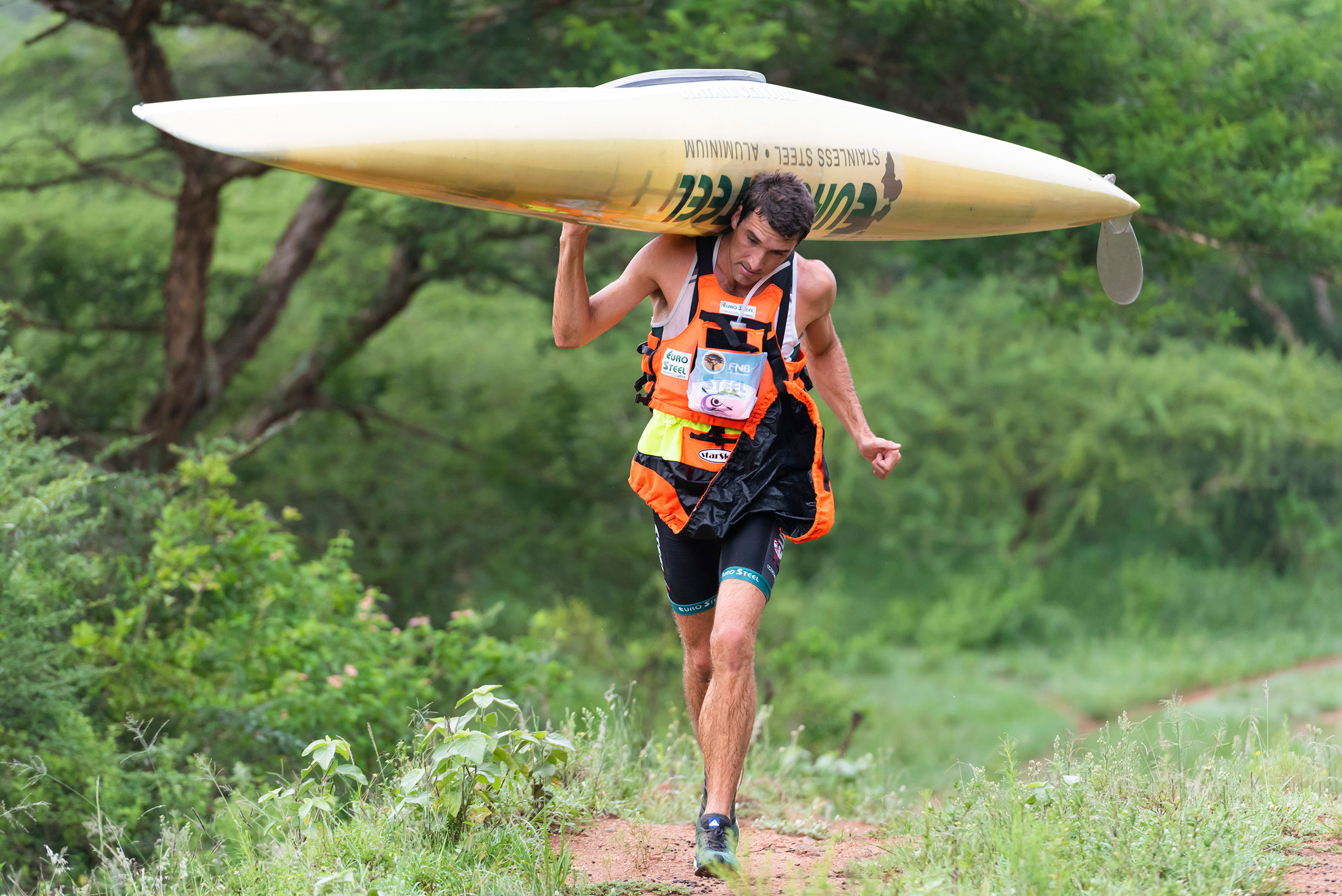 The 70th edition of the MyLife Dusi Canoe Marathon sets off from Camps Drift on Thursday morning with both the men’s and women’s fields stacked with the country’s top paddling talent while paddlers are set to revel in favourable water from Pietermaritzburg to Durban, all commemorating the 1951 inaugural Dusi won by Dr Ian Player.

With an entry list that has surpassed last year’s K2 field, despite the challenges of the year of lockdown regulations, paddlers have enjoyed full rivers throughout the summer in the lead-up to the three day journey ending on Saturday.

From a racing perspective the men’s seeded A batch is loaded with the men that have dominated this race for past fifteen years and despite his relatively quiet build-up Euro Steel’s Andy Birkett remains the man to beat as he chases down a potential eleventh Dusi title.

Birkett has another milestone on the horizon should he win this year’s race. If the 31 year-old is the first boat to Blue Lagoon on Saturday then he will hold the record for the most consecutive Dusi wins with eight in a row; beating the record he currently holds with Dusi King Graeme Pope-Ellis.

Once again there will be a large group of paddlers looking to dethrone Birkett including perennial podium finisher Thulani Mbanjwa.

Mbanjwa’s form has been rock solid throughout the Dusi seeding races and the Team MyLife veteran once again will be in a position to push for a top three spot at this year’s race.

Another former winner, but someone who has been conspicuously quiet throughout the pre-Dusi races, Sbonelo Khwela cannot be discounted from potentially winning the Dusi K1 title he craves. The Euro Steel/Red Bull star has not missed the podium since 2012 therefore will always be a threat.

2020 K2 winner and MyLife Team star Khumbulani Nzimande is another paddler that will be hoping to occupy the loftier reaches of the podium on Saturday afternoon, undaunted by the fact that he will be coming up against paddlers who are far more experienced than he is.

This year’s race will also welcome back paddling stalwart in Hank McGregor, a three times Dusi champion. The Euro Steel veteran is fighting fit and has featured prominently in the build-up to this year’s race and will be a serious contender at the age of 43.

Amongst the younger generation, another Euro Steel athlete, Dave Evans, will be amongst the leaders. Under 23 ace Evans has had a close to faultless build-up to the race and will be hoping to break onto the podium for the first time.

Looking at the women’s race and this year sees the return of the 2019 top five as well as Jordan Peek and Bridgitte Hartley.

This adds added spice to the women’s showdown with defending champion and Euro Steel/Varsity College representative Christie Mackenzie on the start line along with 2019’s runner up Tamika Gandar.

Amy Peckett will also be racing along with Euro Steel’s Jenna Ward – who has recovered from an ankle injury to take her place on the start line.

Euro Steel’s Jordan Peek has produced some significant results during the pre-Dusi qualifying which puts her front and centre in the race for the women’s title.

Bridgitte Hartley, who is part of Team MyLife, is also in good form and has had a solid build-up to this year’s race.

This year’s race will have further significance for Dusi stalwart Lyle Wheeler who will complete his fiftieth consecutive Dusi Canoe Marathon when he gets to Blue Lagoon on Saturday.

Amongst the other milestones, this year’s race will be a tenth for 80 year-old Hugh Raw who will become the oldest finisher at the Dusi and will complete the race in a K1.