Both overnight leaders retained their leads in the MyLife Dusi Canoe Marathon on the tough 46km second stage on Friday, but in sharply contrasting fashion.

Ten times champ Andy Birkett staged a solo Dusi masterclass as he extended his overnight from twelve to eighteen minutes, not putting a paddle wrong on the race’s longest stage.

A relaxed Birkett said that he had not focused any attention on the assembled chase pack behind him, and instead concentrated all his energy on his own race.

“I got into a nice rhythm from the start,” said Birkett. “I think the first time I got a time split was at the headwaters of the dam.

“I thought to myself – you can’t back off too much because if you get into a slow rhythm guys will catch you.

Birkett noted that the Dusi had been unusual because no spectators were allowed at any point on the race, but said that he was overwhelmed by the support from the local residents.

“It was amazing! There were people cheering and shouting on the side of the river. I have never ever seen it like this!” said Birkett. 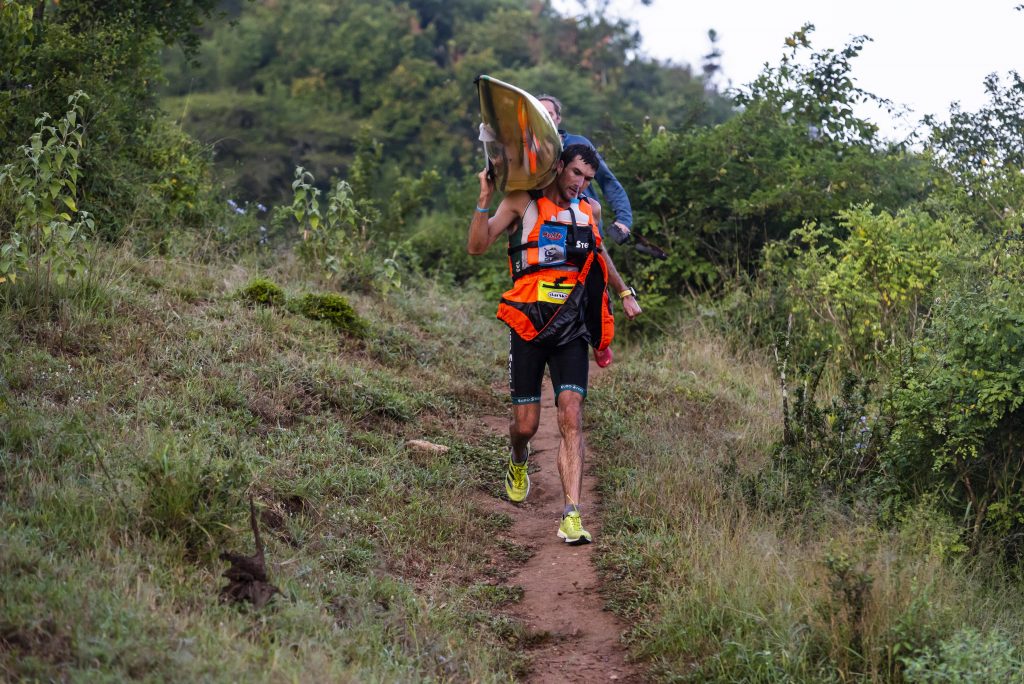 The chasing group saw multiple world marathon champ Hank McGregor storm through the field to reel in Khumbulani Nzimande and then Msawenkosi Mtolo to leapfrog up to second overall.

Nzimande then conceded another place to the flying Dave Evans, who under-delivered on the first stage due to nagging cramps, but made up for that with a blistering stage two time.

Popular former winner Sbonelo Khwela had his Dusi dream shattered in a smash at a brand new obstacle created by sand-miners on the uMngeni.

The massive rock weir that had been built to allow vehicles to drive across the river created a two metre high drop and Khwela smashed the nose off his K1 as he crashed into the rocks below.

“I didn’t know where to go! It was my bad luck and my nose broke right off,” said the Euro Steel/Red Bull athlete, who limped home in 48th position.

“I was running on the road with my boat when I found a Citibank Change a Life mountain bike guy who offered me duct-tape. Still I had to stop to empty every few hundred metres because the duct-tape couldn’t quite do the job.”

“I started to really enjoy the Dusi at the back – it’s a fun event!” he added. 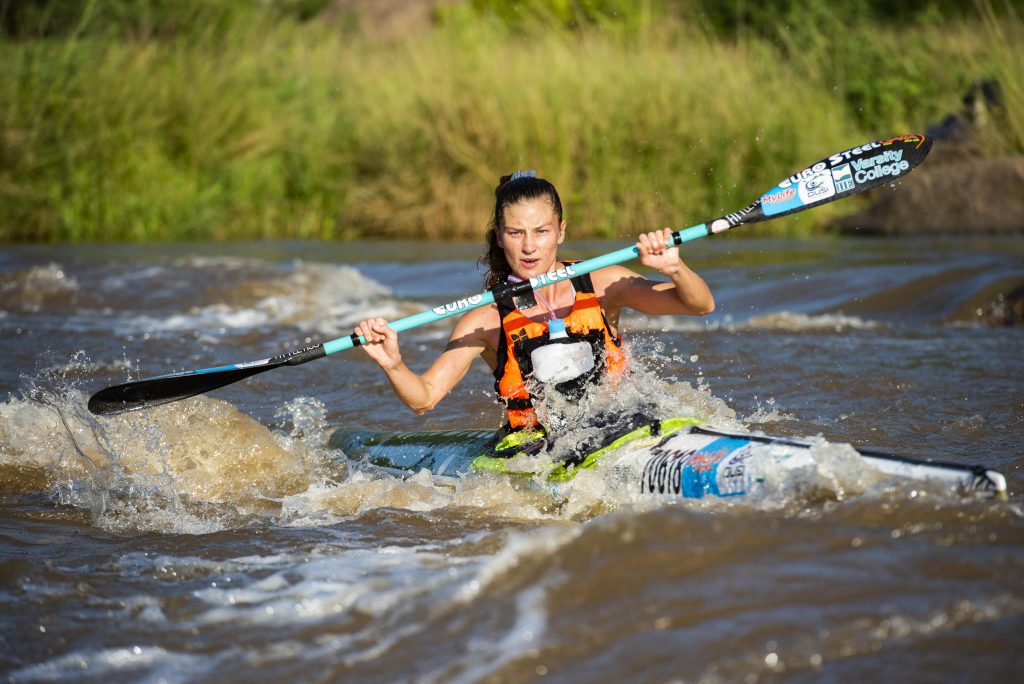 In the women’s race defending champion Christie Mackenzie started the day with an eight minute lead, determined to minimise the mistakes that have cost her valuable minutes in previous Dusis, fully aware the chaser Jordan Peek is a skilled river paddler.

She stuck to that game plan until a double mishap straight after the Nqumeni Hill portage saw her capsize at Gumtree and Hippos rapids.

That cost her time but she showed her maturity in staying calm and raced to the finish to preserve her overall lead as Peek posted the days fastest women’s time.

“I manage to make it difficult for myself!” said Mackenzie.

“First I missed the take-out at the Nqumeni portage because I normally take the other route, and I had to stop and back track. Then two swims in ten minutes.

“But I am feeling more relaxed on the water now and more confident in my abilities. Its all about keeping a calm head and getting through things when they happen,” she said

The sheer distance on the medium level river, hot weather and afternoon wind on the day combined to make it a very tough day for the paddlers.

The Gauteng-based K3 of Marco Magni, Ryan Rodda and Alex Roberts, were brought down to earth after shattering the first stage K3 record on Thursday when they smashed their boat.

They limped into the finish with the front of the craft held together by branches and duct-tape after a mishap on the second half of the race.