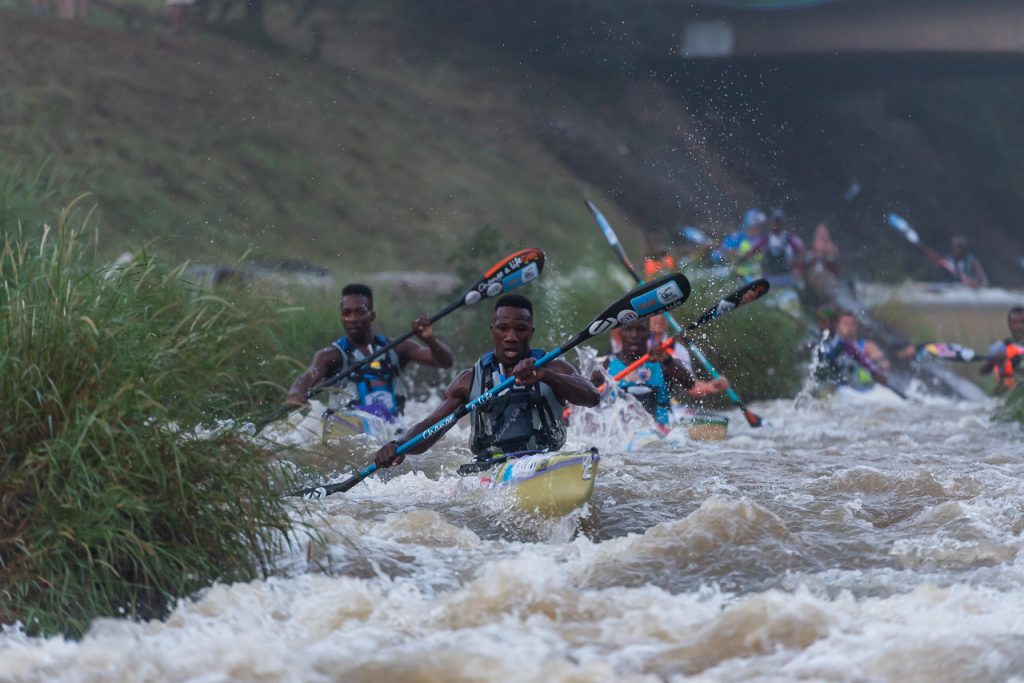 Coinciding with the arrival of spring, The MyLife Dusi canoeing season starts this weekend with the staging of the Kindo Covers Moffatt Optical Dash & Crash this Saturday at Camps Drift in a new slot on the revised canoeing calendar.

Traditionally staged in late January on the day before the key pre-Dusi Campbell’s to Dusi bridge race, the popular eight kilometre K1 and K2 races from the Dusi HQ at Camps Drift to just above the N3 bridge now forms an ideal Dusi season starter on the first Saturday of September.

The Dash & Crash is split into two races with a K1 race followed by a K2 race over the same course that includes a lap of Camps Drift and then a few of first Dusi obstacles including Ernie Pearce Weir and the MyLife Weir at the YMCA, finishing in the pool below Musson’s Weir.

The Dash & Crash provides keen racing crews with the first opportunity to gain two qualification points in one afternoon towards the Dusi in five months’ time.

The race also doubles up as a seeding event for the upcoming Fish River Canoe Marathon in Cradock from 8-9 October.

With a guaranteed water release from Henley dam, many of the country’s premier Dusi paddlers will be on the start line this weekend hoping to brush off the cobwebs that the winter would have created and it’s a chance for them to compare physical form after the long winter off-season.

The upcoming MyLife Dusi season is set to be another exciting one with K2 racing being the focus for 2022 and this weekend might give people a first glimpse into potential Dusi combinations.

For the novices planning their first assault on the Dusi Canoe Marathon, Saturday’s racing is crucial in gaining those qualifying points as well as giving paddlers valuable time on the course.

The K1 race will start at 1pm while the K2 race will begin at 3:30pm with registration taking place at the KwaZulu-Natal Canoe Club clubhouse.