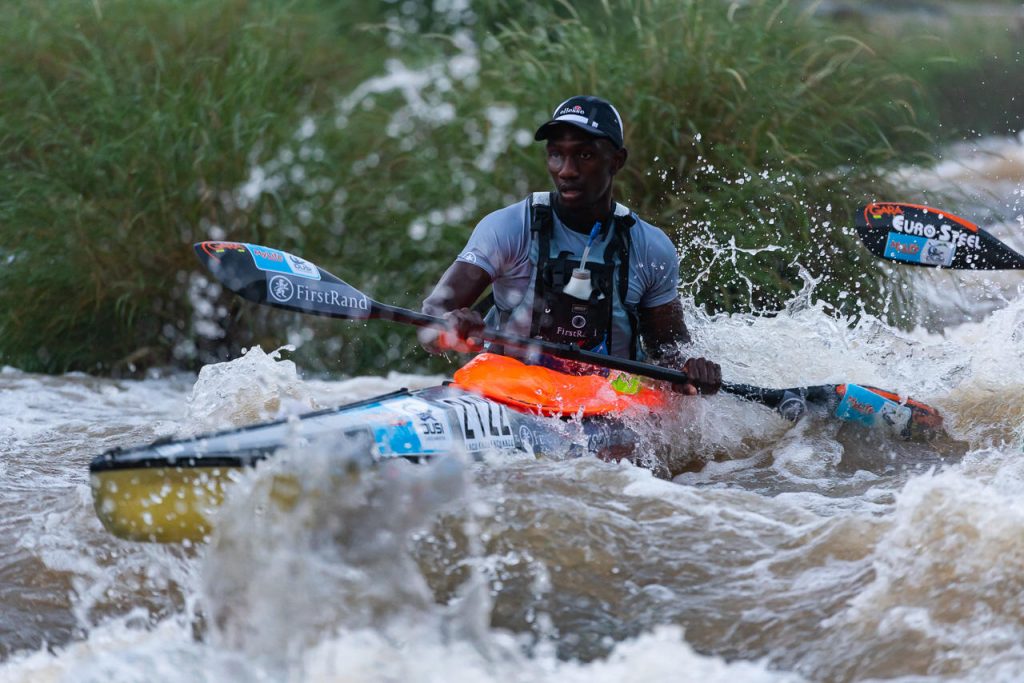 Alex Masina sounded the first warning shot of the upcoming MyLife Dusi season when he won both the K1 and then the K2 races at Saturday’s Kindo Covers Moffatt Optical Dash & Crash over the first eight kilometres of the Dusi course.

Masina is in the final phases of his preparation for the ICF Canoe Marathon World Championships in Romania later in the month and after a strong block of training which included the gruelling Berg River Canoe Marathon, Masina feels Saturday’s race was a good tune-up.

“It was smooth racing for me on Saturday and I really enjoyed it even though it’s quite a technical part of the Dusi route,” the First Rand/Parklane Spar paddler said.

“I was pretty confident going into the race because I have been training really hard and my fitness levels are good.

“After the Berg I feel fitter and faster than I have ever felt before the World Championships which gives me confidence going into the World Champs.”

Masina teamed up with the young Jack Shooter to win the K2 race at the Dash & Crash ahead of James Goble and Jack Edmonds in second and Bryce Lawson and Dean Oellermann in third.

In the K1 race earlier in the day Masina managed to hold of Jack Edmonds to take the victory with Edmonds’ Michaelhouse team mate Murray Behn finishing in third.

Masina stormed onto the scene when he won the bronze medal in the Junior Boy’s K1 race at the Marathon World Championships in Pietermaritzburg in 2017 and now he feels that he is in a good place going into this year’s championships where he will race in the Under 23 K1 men’s race.

“There are still three weeks to go and I am feeling good but I know that there are areas that I can improve so I’m going to be working hard on those.

“To be involved with the MACSquad and train with Hank McGregor and Hamish Lovemore has been a huge boost to my marathon preparation.

“Training using a marathon base and focusing on the longer distances is a different ball game to what I was used to and I feel like I am on track for the World Champs,” Masina added.

Masina’s in for an exciting six weeks of racing as he prepares for his overseas trip before a quick turn around before the SA K1 River Marathon Championships at the Fish River Canoe Marathon. The 23 year-old hasn’t thought too far past the beginning of October.

“I am still finalising a partner for the Fish but I will definitely be there racing then it’s probably going to be Dusi focused,” he explained.

“I am definitely going to be paddling Dusi next year again but that will become the focus later in the year.”