Having recently given birth to their first child, former surfski racing world champion Hayley Nixon will return to the MyLife Dusi Canoe Marathon with 2020 partner and fellow mother of young children Hilary Bruss for the race from 17-19 February 2022.

Their last effort on the Dusi was a spur-of-the-moment decision and came just days before Nixon found out that she was pregnant with their daughter Emma and the pair had only sat in a boat for the first time together two days before the start of the race.

Their fifth place finish two years ago shows that they are both highly competitive and motivated to do well, however given the current state of affairs Nixon knows that they need to be realistic about expectations. 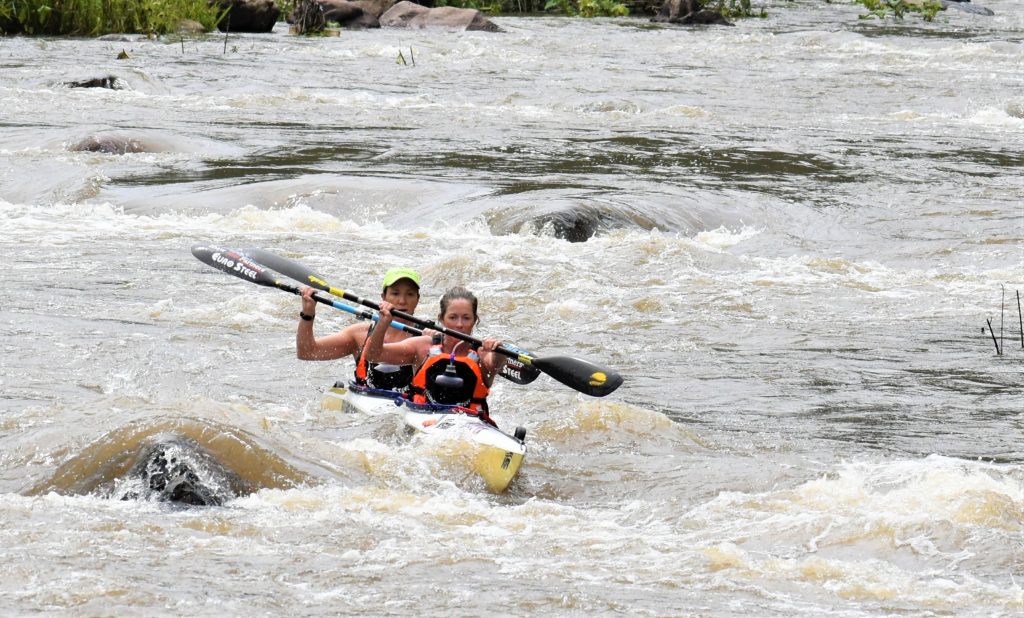 “We were supposed to paddle Fish together but things didn’t quite work out so after that we decided that we would give Dusi a good go,” Nixon said.

“Things have definitely changed and I realised as an athlete you are quite selfish and now training falls down the list of priorities when you have a child.

“There is also compromise that has to happen in the marriage and if Paul wants to go fishing then I know that I have to be home with Emma.

“It’s now about just making sure that I train smarter,” she added.

The pair have had a few difficulties in working out their training regime given they are over 200 kilometres apart but they do try and meet up twice a week to get a session in with just three months to go until the race starts.

“It is difficult because I am coaching still and Hilary is working full time so we have had to work out a plan on meeting up but I am also still paddling in my surfski as well so we are getting in the training.

“Emma has also become my Dusi boat when I go running so I am working on my portaging,” she laughed.

Having paddled the race together gives the pair a good understanding of what they can achieve and for Nixon she understands that she’s in good hands.

“It is pretty easy sitting in the back of a boat behind Hils,” she commented. “We also know what to expect from the race and we will try and get in as much tripping and training as we can before the race.”