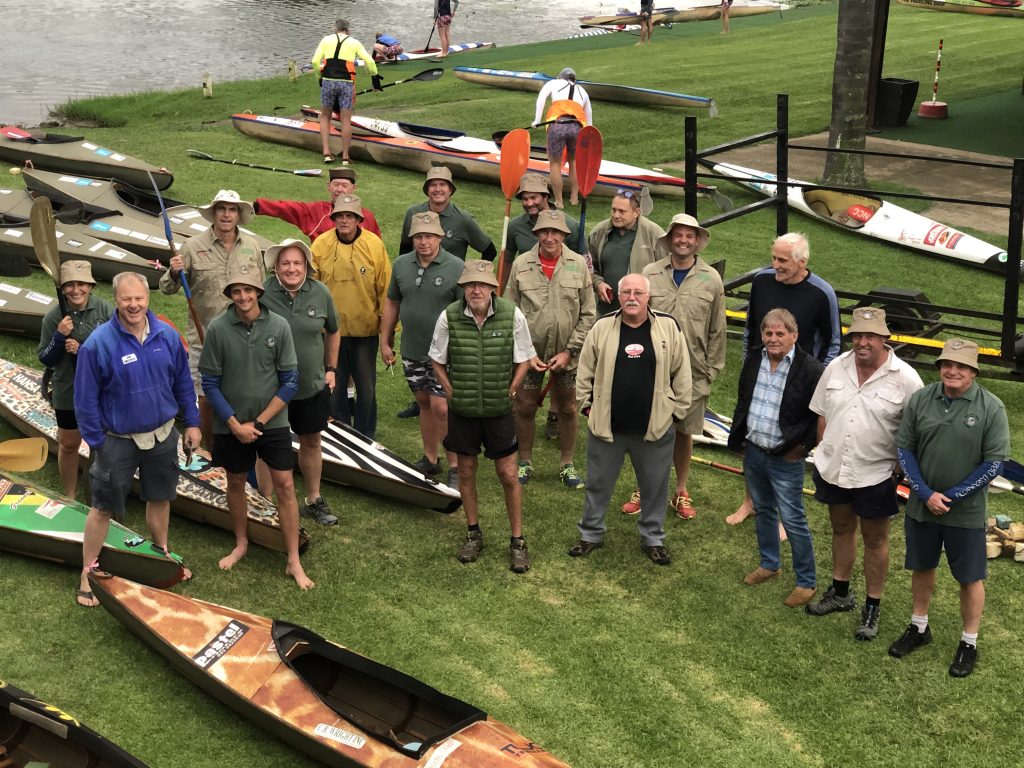 On Thursday morning 21 paddlers will set off from Camps Drift at the start of the 20th anniversary edition of the Canvas Dusi Canoe Marathon that commemorates the feats of the early pioneers of the iconic MyLife Dusi Canoe Marathon between Pietermaritzburg and Durban.

The twenty men and one woman will be paddling boats built from wood and canvas, replicating the craft used by Dr Ian Player and the Dusi pioneers of the 1950s, taking four days to get to Blue Lagoon in Durban.

Anton Venter chairs the organising body, and is the only person to have done every single Canvas Dusi since its inception, and says the field entered for this year’s paddle to Durban has a refreshing blend of loyal supporters and newcomers to the Canvas Dusi.

“Hugh Raw, who is the oldest person to do the Dusi, will be there with a number of regulars like Peter Peacock and former Dusi winner John Edmonds,” said Venter.

“There are nine new boats that have been built for this year’s paddle, and we have first-timers from Durban, Johannesburg and Underberg doing the Canvas Dusi,” he said.

He said he was drawn back to the event every year by the unique atmosphere of the event.

“It is all about a love of the valley, and the special people you get to spend the four days with,” said Venter.

The intrepid paddlers will get the bonus of a modest water release from Henley Dam above Pietermaritzburg to get them to Inanda dam, and will time their final day to coincide with a small ecological release from Inanda dam.

“These canvas boats are very wide and they don’t need much water at all because their draught is so shallow,” said Venter.

Originally started in canvas and wood doubles, the annual voyage to Durban quickly settled on singles instead.

“These boats are heavy and carrying the doubles was problem,” said Venter. “In the old Dusi tradition we pair up and carry the singles with harnesses.”

Venter said the event was far from a race and had a unique set of rules.

“We don’t allow grumpy people or people who want to race,” he explained. “Rule One is that you are not allowed to beat the chair, and as I am the chairman, the others wait for me at the finish to cross the line first. I have won eighteen Canvas Dusis!