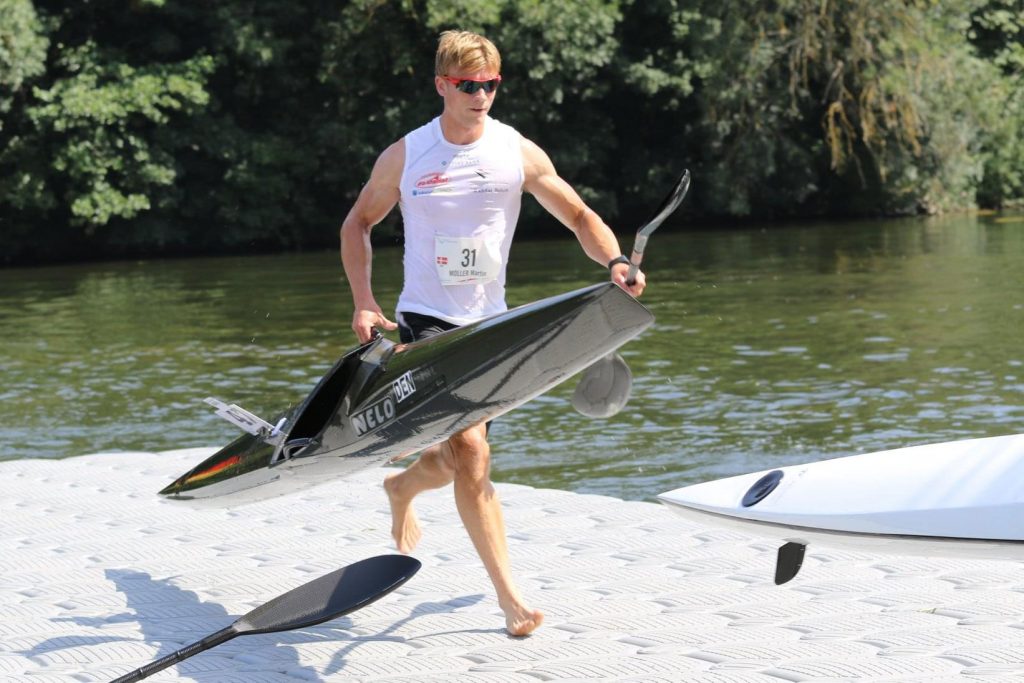 Danish marathoner Martin Friedrichsen has added his name to the growing entry for the MyLife Dusi Canoe Marathon from 17-19 February, teaming up with local paddler Trenton Lamble aiming to repeat the impressive K2 performance on his debut in 2019.

While that Dusi was a K1 championship year, won by Andy Birkett, Friedrichsen and Lamble were the first K2 home, finishing in 20th position overall. He was also the first novice finisher and says the experience of 2019 prompted the message to Lamble to team up again for the K2 championship race in 2022.

“I really didn’t expect to do so well in 2019 on my first Dusi,” said Friedrichsen from his hometown of Fredericia, where the 29 year-old is a carpenter by trade. “That was fantastic.”

Friedrichsen started paddling in Denmark as a thirteen year old and instantly fell in love with the sport, and has developed into a respected elite marathoner and sprinter.

His return to the Dusi in 2022 completes a remarkable recovery for the 29 year old, who was involved in a serious car accident that left him hospitalised with serious brain damage and having to start a demanding rehabilitation programme.

He was able to return to his paddling best and, racing in a country that is currently one of the world marathon powerhouses, is back racing amongst the world’s best paddlers, and recently completed the Krumlov Marathon in the Czech Republic.

“I love the spirit and the history of the Dusi,” he said. “Also that that everything can happening and it’s never over before you cross the finish.

“It’s so intense and there is lots of adrenaline all the way. Me and Trent going after a top 20 will be a great comeback after a tough two years,” he added.

“He is a phenomenal partner in a K2,” said Lamble. “Our Dusi worked so well because I brought the experience in the rapids and my knowledge of the rivers to steer, and he provided this incredible power from the back.

“He adjusted really well to the rapids.”

Preparing for a Dusi in the Scandinavian winter poses serious challenges, including sub-zero temperatures and iced up waterways, with limited opportunity to run outdoors with a boat to get portage fit.

Having done the Dusi he recognises the importance in portage fitness and in particular the scale of the hills on some of the race’s iconic portages.

“We are both working hard on the running training, because that is the hardest part of the Dusi,” said Friedrichsen, who like fellow Dane Susan Lutzner will have to do the bulk of their Dusi running training in the peak of their winter before flying to South Africa two weeks before the Dusi to acclimatise, and ideally take part in the last Dusi seeding race.

“It’s clear it’s the running part that I need to improve with a lot of trail training,” said Friedrichsen.

“I’m a strong paddler, but the weirs are technically difficult, so I watch a lot of the videos again and again. That’s a good way to imagine what it is like to go down the river,” he explained.

Euro Steel has stepped in to support the pair by providing them with a boat for the 2022 MyLife Dusi Canoe Marathon.