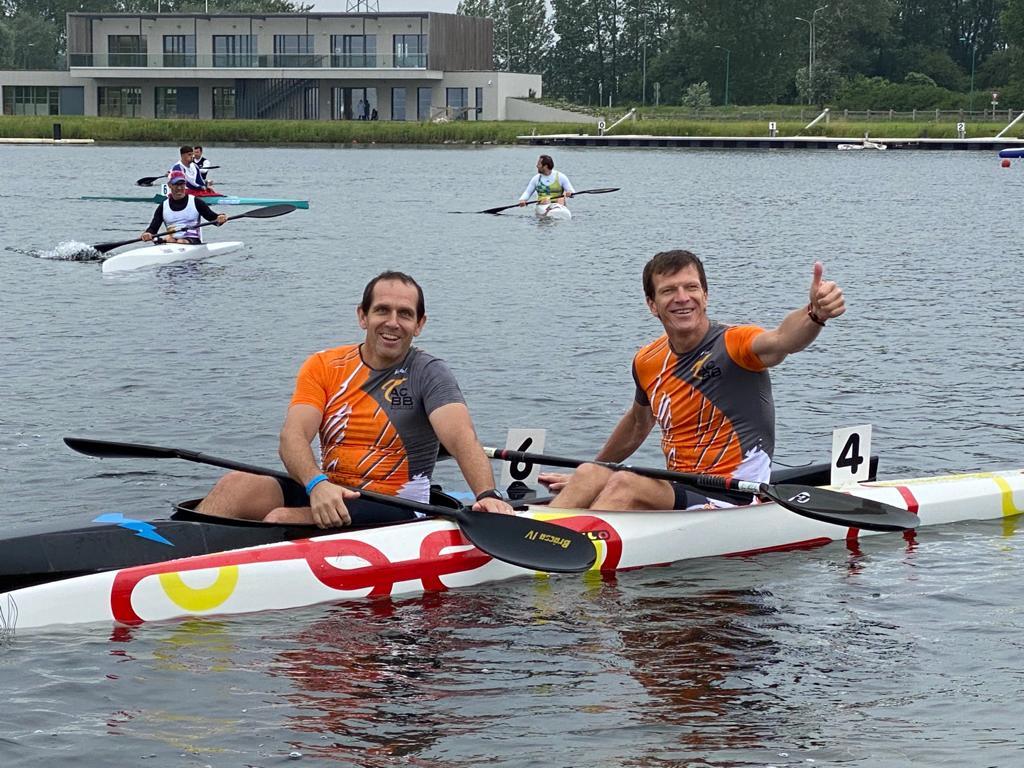 Respected French canoeists Eric Lelievre and Yann Robert have added their names to the growing entry for the 2022 MyLife Dusi Canoe Marathon from 17-19 February, saying the three-day race is a bucket-list event for any paddler.

Lelievre, who is the current French 200m K1 champion in his masters age group, said that the reputation of the Dusi had reached many European paddlers and he and his paddling colleagues agreed that it was an event that every paddler wanted to do.

“A South African paddler who became a good friend of mine told me that the Dusi was the race to do in a kayakers life,” said Levievre, who finished the 2020 Dusi with countryman Paul Laforte in 188th place

“At the arrival in Durban, we gave our boat to a young Soweto paddler. That was finishing the race by giving back to South Africa a bit of what we received,” he said.

He openly admits that they will face many more challenges than the average Dusi paddler, coming from the European winter with limited training opportunities despite having done the Dusi before.

“The challenge is going to just finish the race!” he said. “Yann and I are pure sprint specialists, but we will hopefully get to Durban.”

The pair will join another French compatriot Benoit Roger, who has the advantage of securing Ben Bradford as a partner to steer him down the Dusi and uMngeni Rivers.

“Benoit is also a sprint champion in his 50+ age group but he is fortunate to also be the national vice champion at marathon,” said Lelievre.

He said the cold winter would hamper their training, and their limited experience carrying the boat would also provide challenges in the city they live in.

“This part of the race is not going to be the best one. Although this would have been a good buzz to run in Paris streets carrying a boat!” said Lelievre.

“We are looking forward to having good fun, making great memories and meeting with great people,” he said. “We will need to count on some good video sessions the day before and big luck on the day!”