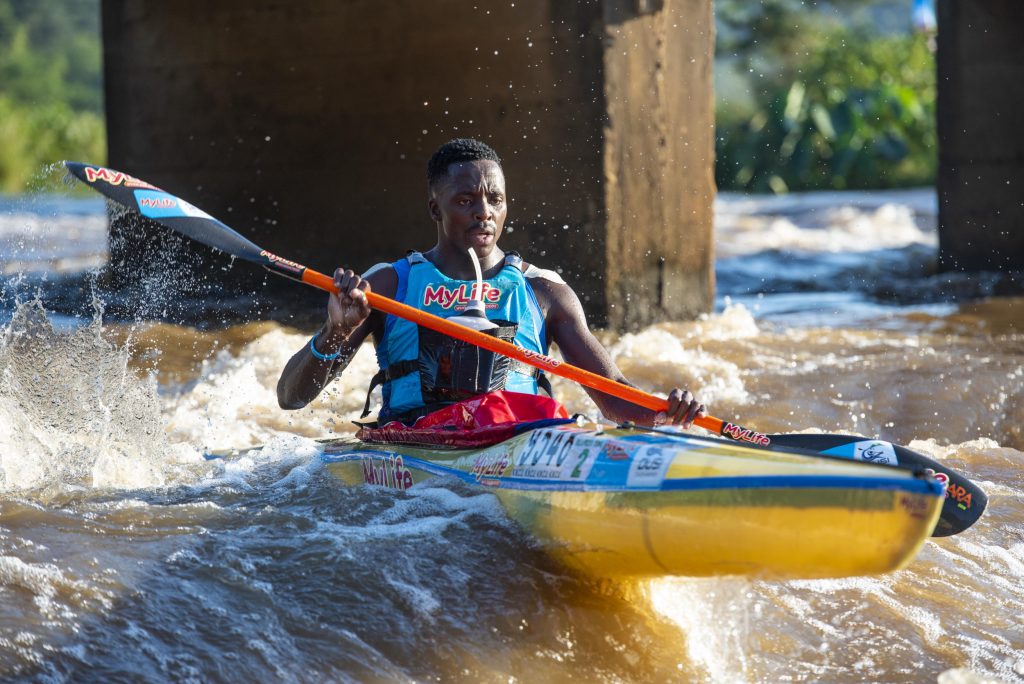 Following a coming of age triumph at the MyLife Dusi Canoe Marathon in 2020 with Andy Birkett, Khumbulani Nzimande will hope to replicate that victory with Mpilo Zondi at the 2022 event from 17-19 February.

Nzimande’s ability has never been in question as he has grown from strength to strength and gained confidence in all river conditions that he has raced in, however his victory with Birkett was the biggest moment of his career.

The build-up to that victory in 2020 was crucial for Nzimande as he spent extended periods of time with Birkett and feels that that time has been important to his improvement as a paddler.

“Training with Andy definitely made me a better paddler and made me think about my training differently,” Team MyLife’s Nizmande said.

“I am taking a lot of what I learnt with Andy into this year’s K2 preparation and along with Mpilo we are working really hard.

“We are lucky that we live close to each other so we can train together all the time but we are trying to mix up our training from our K1’s to our K2.

“We have been talking about our race and how we want to make sure that we are as prepared as we can be.”

The pair raced to a comfortable victory at the Ibis Point to Mbeje’s Store race and might have put a target on their backs with that win, however Nzimande isn’t setting his sights too high at the Dusi in two months’ time.

“We are very motivated to do well and we feel good in the boat together but the field is going to be very strong so a top five for us would be a good result,” said Nzimande.

“Making sure that we spend as much time on the river as we can is important and tripping will be a big part of how we prepare.

“I’ve learnt that knowing as much as possible about the river makes it easier and we want to make sure we are ready for the race,” he commented.

Given the current rains that KwaZulu-Natal has been experiencing through the early parts of the summer, Nzimande feels it will be a better build-up to the iconic race in February.

“It’s great that we have water in the system and with the rains that we have been having it’s given us a good chance to get on the river early in the season.

“There are also some exciting races coming up on the Dusi which will be a big help for us going into the race,” a positive Nzimande added.

Between Nzimande and Zondi they have sixteen Dusi finishes which proves that they have the experience to compete with the other crews and will be a crew that the rest of the hopefuls will be wary of in 2022.