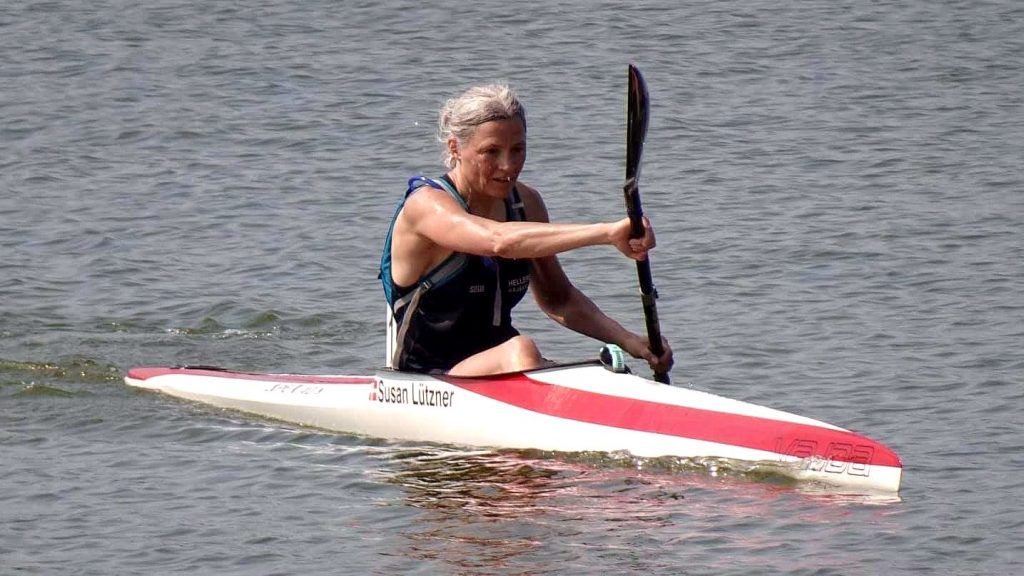 One of the first entries received for the MyLife Dusi Canoe Marathon from 17-19 February 2022 was that of intrepid Danish masters age group paddler Susan Lützner pairing up with familiar Dusi character Loveday Zondi.

Lützner is no stranger to South African river races, having done a Dusi before with local paddler Trent Lamble, as well as completing the N3TC Drak Challenge and more recently the tough four-day Berg River Canoe Marathon in the Western Cape.

“The short story is that I absolutely love the South African river races and can’t get enough,” said Lützner.

“The Dusi is a special beast that I haven’t encountered anywhere else. I really enjoy the challenges of the race, both the training beforehand and the race itself,” said the Dane.

She said that the long portages carrying a canoe over steep hills was the hardest adjustment to make. “The running part is crazy, when crazy is best. At the training for my first Dusi, I realized that I failed to understand how steep the hills actually are, but this time I should be better prepared for this!”

While Lützner eagerly committed to coming back to do another Dusi, her partnership with Loveday Zondi happened when she struck up a conversation with Zondi while they were both competing in the Berg Marathon.
“I was so lucky to meet Loveday at the Berg. We actually hadn’t spoken much, before he suggested that we should paddle Dusi together. I’m not sure why he suggested that, but I knew I would absolutely love to, so I took him at his word.

“As soon as the Dusi entries opened, I booked my flight and put us on the entry list to keep me on my toes,” added Lützner.

While Zondi trains for the annual three day KwaZulu-Natal epic with his local club mates, Lützner will have to endure the challenges of training through the Danish winter, paddling and running with her K1 in sub-zero temperatures.

“As was the case with Drak and my first Dusi, we won’t get more than a few days to train together before the race. Our first task is to find a suitable kayak.

“I need to do a lot of training, so I can try my best to keep up with him!”, concluded the irrepressible Dane.