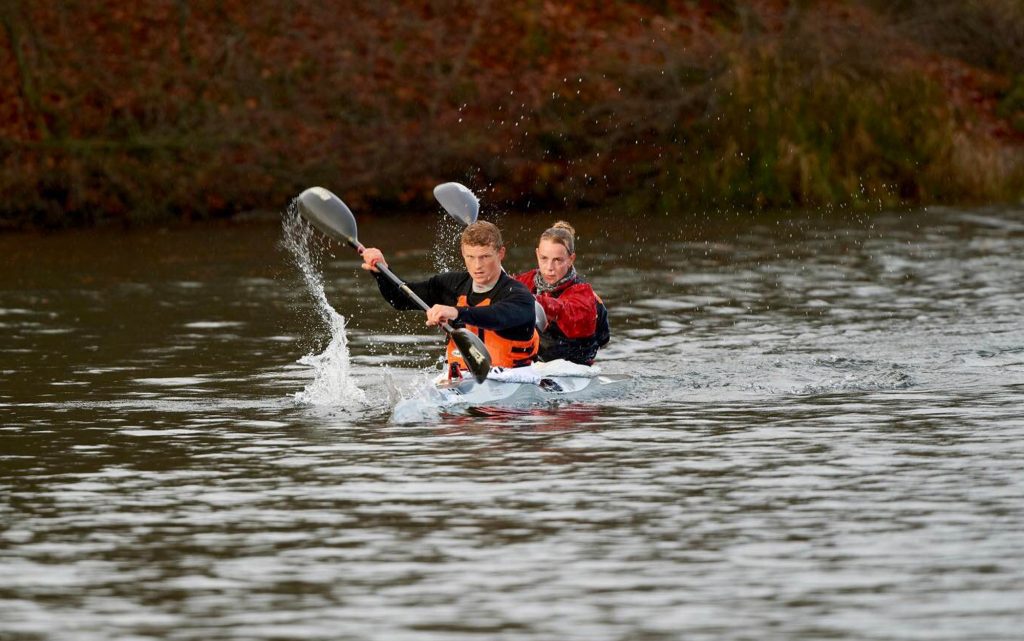 24 year old Maretti won’t go into this year’s edition of the race as a complete novice after he and partner Emil Kramer completed the first two days of the 2020 race before Kramer fell ill and they were forced to withdraw.

Maretti is the current Danish senior K2 champion and turned heads at the recent Fish River Canoe Marathon where he paired up with Alex Masina for a solid fourteenth place finish. It was a conversation in Cradock with Lovemore that paved the way for the deal for Lovemore to pilot Maretti to finally finish a Dusi.

Despite only one appearence at the Dusi, the young Dane still has high expectations for himself and Lovemore.

“I’m very interested in finishing the race most importantly but I also want to be in the race for the gold medals,” Maretti said. “I think Hamish and I have a good shot of being towards the top of the race, he is a very good paddler!

“I trust him to drive me down the river safely,” said Maretti.

Maretti said that preparing for the Dusi has been difficult during the Danish winter but he feels that with his previous experience he knows what to expect despite the limited time the pair will have before the race.

“I will get to South Africa about five days before the race,” he says despite wanting more preparation time. “I would love to be there earlier, but it is just not possible with my study and work at home. But I have done the race once before, so I feel like a have a pretty good idea of I need to do to prepare for the race.”

Talking about how things have gone in Denmark, it’s been a mild winter for the 24-year-old.

“My training at home is going very well even though it is really cold here in Denmark, but it has actually been a quite hot winter up until this point.

“The coldest it has been, was only -5 degrees and a little bit of snow,” he mentioned.

Racing on South African rivers is a far cry from the flat-water races of Denmark and for Maretti, that is the appeal of returning for this year’s Dusi.

“River races are very different from what I’m used to in Denmark. I love the culture of South African racing, where you have a race every weekend.

“It can be river, a surfski race or just a flat water race. In Denmark we don’t even have close to half the number of paddlers in South Africa.”