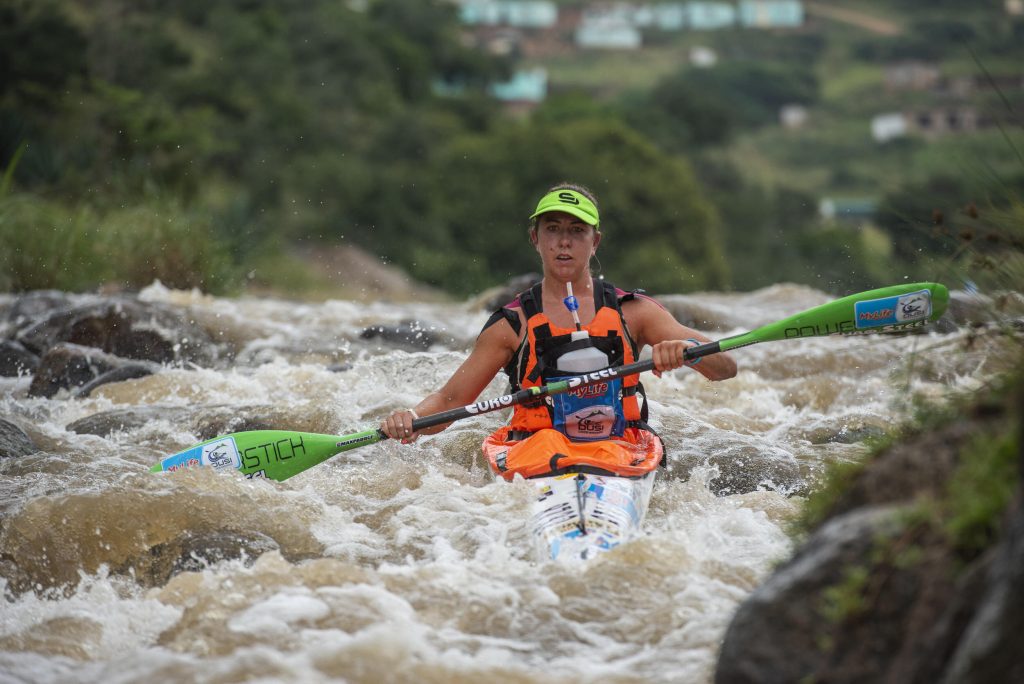 The women’s race at the MyLife Dusi Canoe Marathon from 17 to 19 February has been turned on its head with the confirmation that the two women who dominated the K1 title race last season have agreed to paddle together to try and win the K2 title.

Double winner Christie Mackenzie has established herself as the all-round Dusi package, combining her speed on the water with fast portaging to claim the 2021 K1 title, but she was kept anxious by the ever present Jordan Peek, who won respect as arguably the most skilled technical river paddler in the women’s field.

The tense women’s race was made a lot closer by a number of minor mishaps and swims suffered by Mackenzie, making the nail-biting women’s race one of the 2021 Dusi highlights. There was little doubt that Mackenzie would target 2018 K2 winner Peek, with whom she shares a solid friendship, as her partner of choice for the 2022 K2 race.

“Jordan is a super-competent driver so I am keen to just sit behind her and enjoy my race!” said Mackenzie.

The pair tested out their combination successfully at the recent Vaal marathon, and after settling into the boat easily they are excitedly targeting the doubles Dusi title challenge.

“I will be staying with Jordan and we are looking forward to doing some of the Dusi build-up races,” she said.

Mackenzie was forced to take an unexpectedly long break in December after catching Covid-19, which scuttled her training for a few weeks and left her drained and lethargic after recovering.

“It was a bit of a spanner in the works getting Covid, but it is better that I got it when I did than just before the Dusi,” said the Euro steel athlete.

For Mackenzie, who has just completed her psychology honours degree and starts her years of community service, history beckons and she aims to win the doubles and singles titles in successive years, a feat last achieved by Abby Solms in 2017.