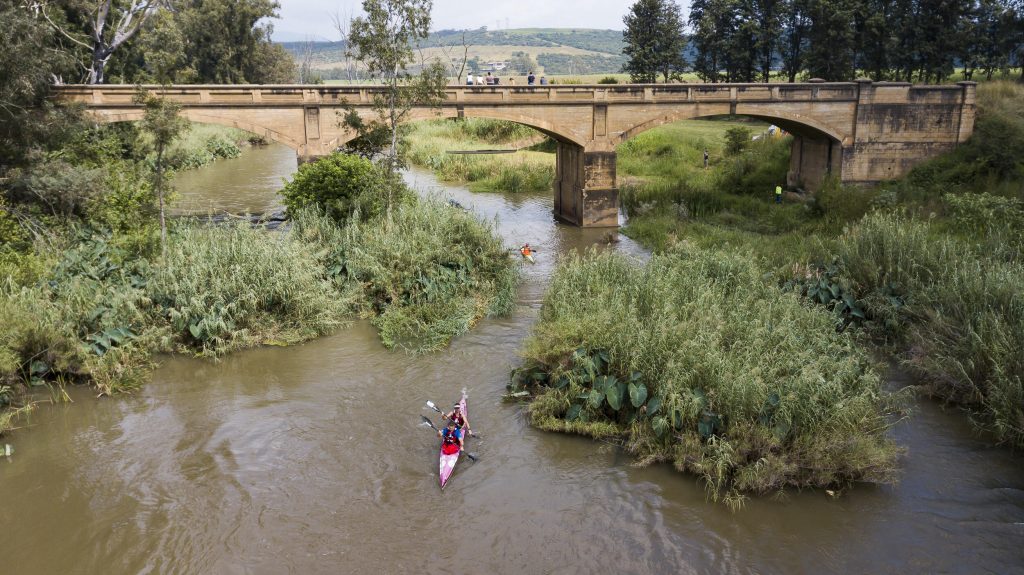 This year’s Lighthouse Designs Ozzie Gladwin Canoe Marathon will play host to the 2022 South African K2 Championships and will also provide potential MyLife Dusi Canoe Marathon combinations with an opportunity to test themselves against their rivals this Sunday.

Despite the Ozzie Gladwin being held on a section of river on the uMngeni River that isn’t part of the Dusi route, it provides paddlers with an excellent Gauge of form just a month out from the Dusi and with the conditions expected it should be an exciting 26km race.

Organisers have confirmed that there will be a water release from Albert Falls Dam that will just top up the already full river which should offer up superb conditions for the country’s biggest one day race.

As the top Dusi combinations start to take shape the men’s race is going to be an exciting showdown with a number of the pairs that will be fighting it out at the sharp end of the Dusi will be at the front of the Ozzie Gladwin.

Locally Thulani Mbanjwa and Msawenkosi Mtolo, Khumbulani Nizmande and Mpilo Zondi and a number of other exciting crews will be out to claim national glory.

One of the exciting combinations that will be on the start line for this weekend’s showdown is the blend of youth and experienced in the pair of Hank McGregor and Matthew Millward.

Millward, who finished school at the end of last year, will pair up with the country’s most decorated paddler in McGregor and will be hoping to get their combination off to a good start with the Dusi coming up in a month.

From a youngsters perspective the combinations of Jack Shooter and Joshua Simpkins will the Under 18 combination to watch out for in the boys category while the sister combination of Saskia and Valmajean Hockly could be the junior girls favourites.

Looking at the women’s race and the potential winners; there is another exciting Dusi combination that will be making their debut at this weekend’s Ozzie Gladwin.

Former Dusi champions Abby Solms and Bianca Haw have set chins wagging with their entry into the Ozzie Gladwin and then for the Dusi next month in a combination that is sure to ruffle a number of feathers amongst the women’s Dusi hopefuls.

A number of other pairs are expected to enter the race before the entry deadline which will add another layer of competitiveness expected on Sunday.