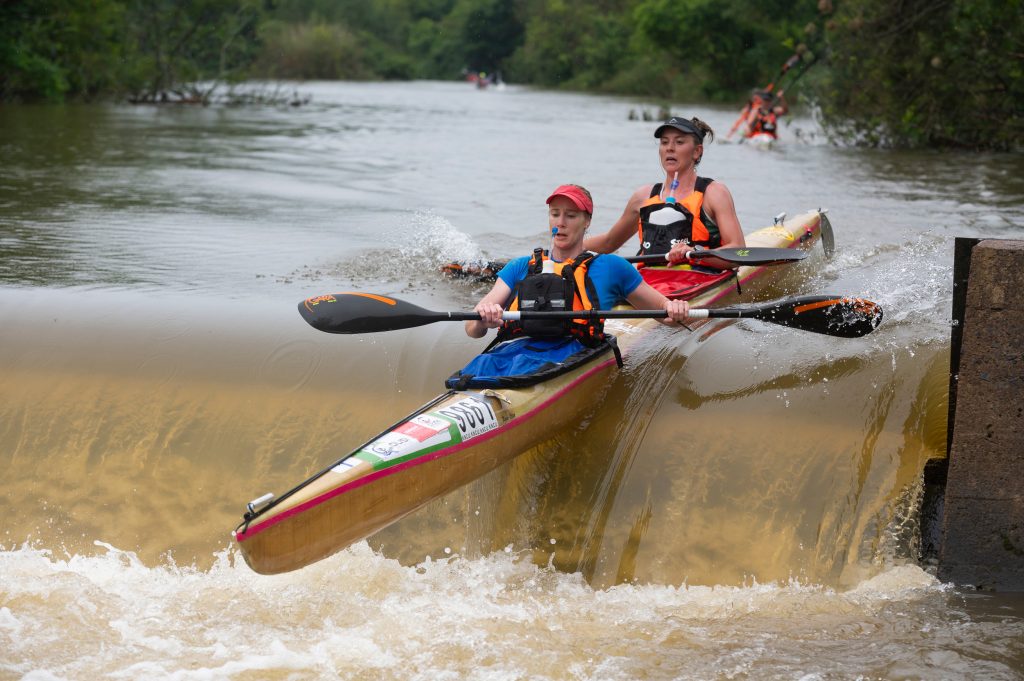 After they finished second at last weekend’s Lighthouse Designs Ozzie Gladwin, the pair of MyLife Dusi Canoe Marathon winners Abby Solms and Bianca Haw have sent out a warning shot to the other women’s crews eyeing the Dusi podium in a month’s time.

In what was their first competitive race together the pair finished a close second behind Christie Mackenzie and Jordan Peek in what proved to be an exciting race and sets up a mouth-watering contest for the Dusi from 17-19 February.

Solms hasn’t paddled a competitive Dusi since she won back-to-back titles in 2016 and 2017 and has since then started a family but says she is back into competitive racing despite feeling that it is not the same as it was four years ago.

“I felt like I was in the hurtbox on Sunday and the girls have got older and more experienced over the years that I have been away,” Solms said.

“We went into the Ozzie Gladwin not knowing what to expect and I realised that there is still room for improvement but we have five races between now and Dusi to get up to speed.

As two former champions of the race the pedigree of the Team MyLife duo is obvious and for Solms, despite not being able to train with Haw regularly, isn’t concerned by that.

“Yankee (Bianca Haw) knows what it takes to win the Dusi so I have full faith in her and she is rock solid in the boat.

“She is so much fun to paddle with and really brings that light-hearted element to racing which is a nice change.

“Under the circumstances it’s tough for us because of the distance but I think that with five races to go we’ll be ready for Dusi,” Solms added.

Solms won her last Dusi in 2017 and Haw won her title in 2020, in the last K2 year, so it is still fairly fresh in her mind. For Solms it has been a tricky period getting back into the Dusi swing of things.

“Yankee asked me in November to paddle Dusi with her and when the Comrades was moved out to August I could commit to Dusi because I needed a goal in the first part of the year.

“I have been training hard but I am on the back foot a bit to be honest; I’ve been battling with my health for a bit.

“This has meant that I’ve had to rein in my training quite a lot but there is still just under a month to go to Dusi so we will be fine by then.

“It’s mainly the paddling that I am a bit worried about and the other girls have improved so much over the years.

“I was following Jordy (Peek) down the Ozzie Gladwin and she’s a really good driver of a boat so we going to really have to be on top of our game at Dusi,” Solms mentioned.