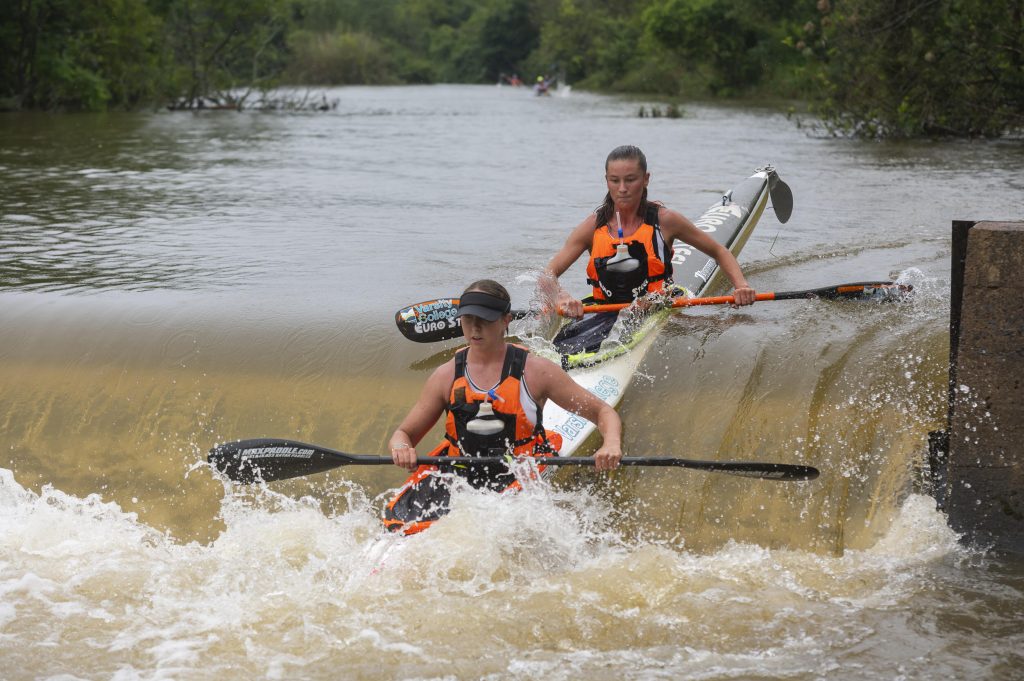 Two of the MyLife Dusi Canoe Marathon’s most important pre-races took place this weekend with the results just further intensifying the speculation about which crews might hold the upper-hand ahead of the showdown from 17-19 February.

Saturday’s race was the 50 Miler which took place between Mission Rapid and Mfula Store on a medium river despite all the rain that KwaZulu-Natal has experienced and the pretenders to the Dusi throne all fought it out.

In the men’s race on Saturday it was the impressive Team MyLife crew of Thulani Mbanjwa and Msawenkosi Mtolo who came out victorious ahead of the dangerous new crew of Hank McGregor and Matthew Millward.

Third place went to the Euro Steel duo of Andy Birkett and Dave Evans who were taking on their first Dusi season race with Evans in the front of the boat before they switched it up on Sunday for the Kindo Covers Inanda Dam to Durban race, where McGregor steered the boat.

The women’s race was enthralling throughout with a neck-and-neck fight between the Euro Steel duo of Jordan Peek and Christie Mackenzie and the Team MyLife pair of Abby Solms and Bianca Haw.

Eventually it was Peek and Mackenzie who snuck the victory right at the death to claim the win by just six seconds, while Jenna Nisbet and Saskia Hockly rounded out the women’s podium on Saturday.

In Sunday’s racing things were changed up slightly with Saturday’s men’s winners not on results sheet on Sunday which saw Birkett and Evans produce the best result of the day winning the race in an end sprint over former Dusi champion Sbonelo Khwela and Nqobile Makhanya.

Third went to Bongani Ntinga and Stewart Little while McGregor and Millard ended in fourteenth place overall after having to stop at Tops Needle Rapid to fix seat problems in their boat.

The women’s race again produced high drama with Peek and Mackenzie once again just pipping Solms and Haw in another neck-and-neck finish. Their win on Sunday was by just two seconds which sets up an intriguing Dusi.

Over the two days of racing the gap between the two leading women’s pairs was just eight seconds showing how tight the racing was. The experienced Hillary Bruss and Hayley Nixon finished third in the women’s race on Sunday.

This weekend’s two races fuelled speculation about which crews are likely to be serious threats to the Dusi podium, while shrewd observers take stock of the routine tactic of many seasoned paddlers not to show their hands before the key three-day classic from Pietermaritzburg to Durban.