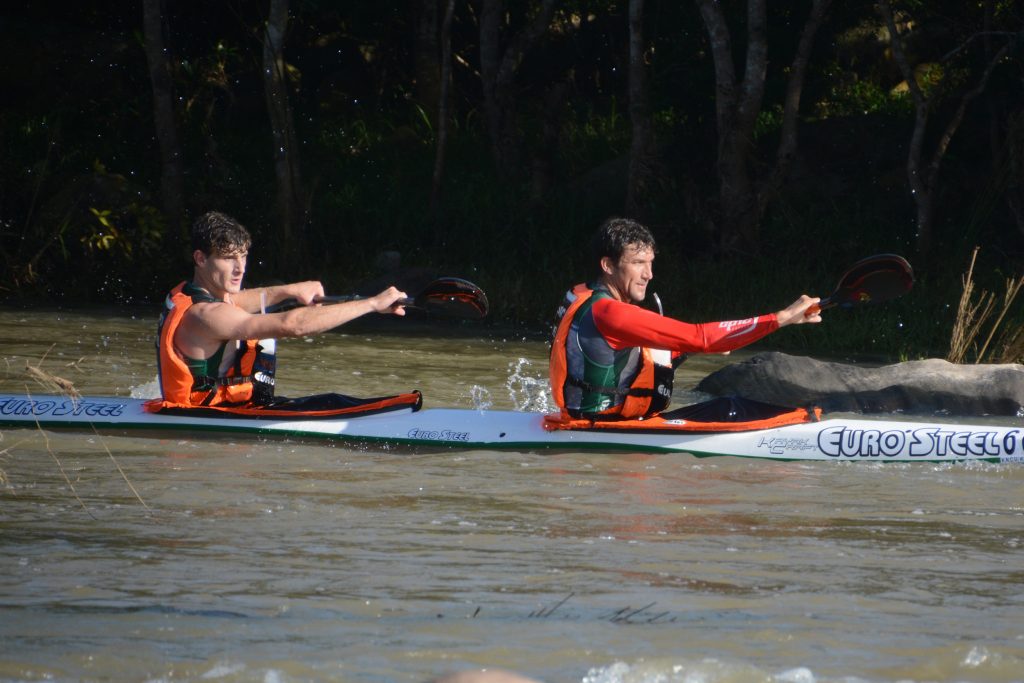 The country’s most consistent river paddler Andy Birkett has proven through his recent N3TC Drak Challenge win that once again he and his partner David Evans will be the pair to beat the 2022 MyLife Dusi Canoe Marathon from 17-19 February.

Birkett racked up a unprecedented eighth Drak title in a row over the weekend pipping long-time rival Hank McGregor to the line. His ability to win races in all conditions entrenches his status as one of the most successful river marathoners in South Africa’s canoeing history.

Despite being a person that doesn’t chase records, Birkett’s 2022 Dusi could see him win his ninth Dusi crown in a row and with it a seventh K2 Dusi title with a sixth different partner. He has won every K2 edition of the Dusi since 2010.

The Euro Steel duo of Birkett and Evans got their Dusi preparation off to an interesting start with a third place finish at the 50 Miler, however at the Sunday’s Inanda to Durban race Birkett sat in the front of the boat and they won.

“In training we have been swapping around and we go nicely either way around with me or Dave in the front,” Birkett said.

“We have decided that I will drive at the Dusi because it does feel different when you are on a river but we can easily swap which is a good thing for us.”

In what was a pleasing result for the pair was that Evans finished fourth at the Drak Challenge which shows that they are both in good form going into the three day epic from Pietermaritzburg to Durban in two and a half weeks’ time.

Looking back at the previous weekend of racing on the Mngeni River, the atmosphere and the action on the water was highly competitive which Birkett knows will spill over into the Dusi with crews all hoping to peak for the 17th of February.

“I think that at the Inanda Dam to Durban there were about six or seven crews that could have won the race and a lot of boats really pushing the pace on the front of the race.

“With just over two weeks to go until the Dusi there isn’t much else you can do now and the hard work is over so we don’t want to overthink things too much.

The Maritzburg College pair will go in as favourites, however Birkett is looking forward to taking on the Dusi with Evans because there’s more to the combination that just paddling.

“Dave is just such a lekker guy so I really enjoy paddling and training with him.

“We are going nicely in the boat and it’s great to have Dave’s power in the boat but it’s also really nice to paddle a race with a friend and I’m looking forward to that,” Birkett commented.