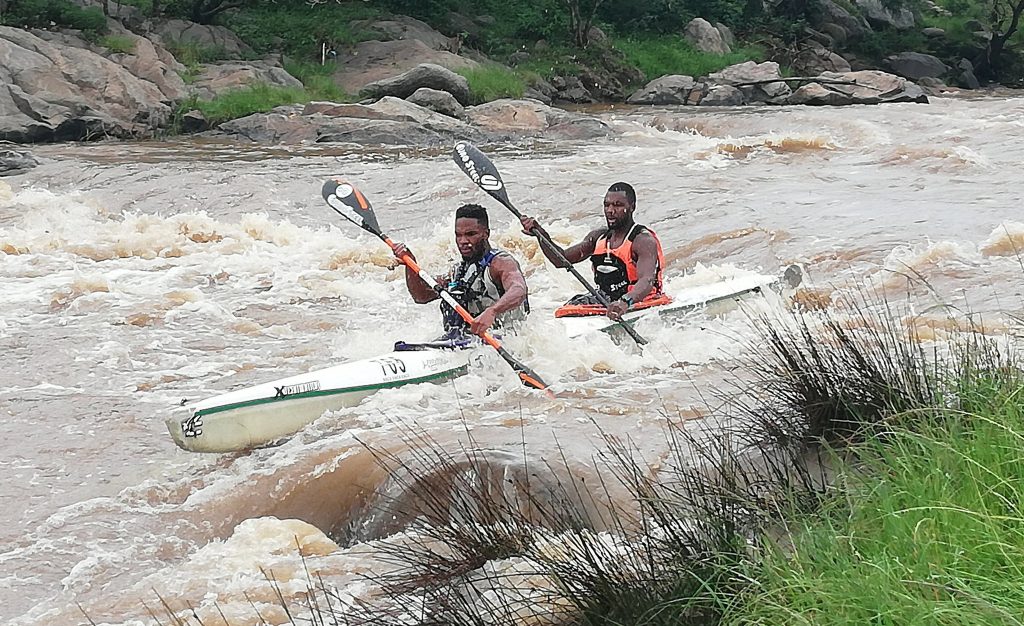 With just over a week until the 2022 MyLife Dusi Canoe Marathon, this past weekend’s final two preparation races ended with two new winners in the men’s category, further expanding an already wide list of potential Dusi winning crews.

Saturday’s race was the Kindo Covers Dash ‘n Crash which was moved to the Upper Mgeni from its usual route on the Msundusi and the 16km hit-out saw the much-fancied Team MyLife pair of Thulani Mbanjwa and Maswenkosi Mtolo come out on top.

While the field that took on the Dash ‘n Crash did not include all the Dusi title contenders, the pair of Mbanjwa and Mtolo came home just over 30 seconds ahead of the chasing Under 23 duo of Khwandokuhle Mzolo and Sandile Mbanjwa.

Another Under 23 pair, Murray Behn and Jeremy Maher, finished in third place overall.

In the women’s race it was the experienced duo of Hillary Bruss and Hayley Nixon who took home the honours just under a minute ahead of Bridgitte Hartley and Pippa McGregor in second.

The results at theDash ‘n Crash were important in terms of the overall MyLife Dusi Series because it was the penultimate race of the series. Next week’s Dusi is the series finale and teams would have been happy to get valuable points on Saturday.

Sunday’s racing provided a crucial insight into what could potentially happen between Thursday and Saturday next week with a number of podium chasers lining up for the Parklane Spar Campbell’s to Dusi Bridge race.

A pair that have flown under the radar through the season came to the fore this past weekend as Sbonelo Khwela and Nqobile Makhanya grabbed the line honours on the race that covers the key second half of the Dusi first stage.

Having finished outside the podium places for the majority of the season, they proved that they will be right in the mix at this year’s Dusi with a strong showing on Sunday where they managed to win the race by 49 seconds over Sandile Mtolo and Mvelo Ngidi.

Someone who has shown good form throughout the summer season is Banetse Nkhoesa. Nkhoesa finished fifth overall at the recent N3TC Drak Challenge and despite not paddling with his Dusi partner on Sunday finished in third place.

He will be teaming up with Johannesburg-based Siseko Ntondini for the Dusi so he paddled with Mpilo Zondi, who is paddling with defending K2 champion Khumbulani Nzimande – who wasn’t at the race on Sunday.

In the women’s race 2022 N3TC Drak Challenge champion Abby Solms and her partner, also a former Dusi champion, Bianca Haw proved that they are hitting their straps at the right time when they cruised to victory on Sunday.

Their thirteenth place overall finish and over ten minute win has sounded some significant warning bells for the other competitors for next week’s showdown as they come into some ominous form.

Bruss and Nixon completed a good weekend’s work when they claimed second in the women’s race while it was Hartley and McGregor who also put in another good shift to finish third.