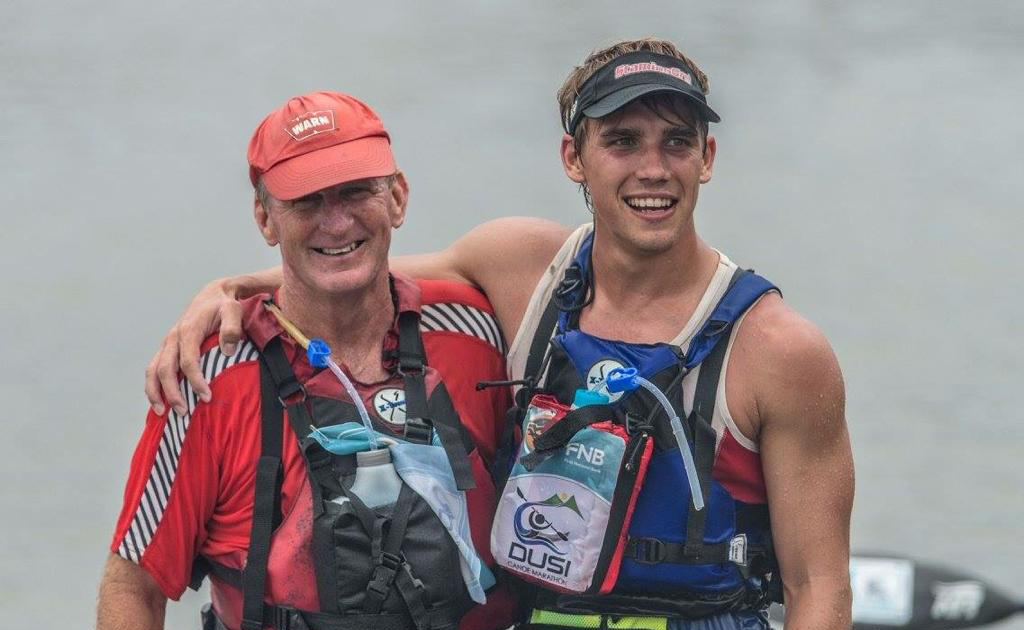 Evergreen former provincial rugby star Gudgie Dixon will return to the MyLife Dusi Canoe Marathon that starts at Camps Drift next Thursday morning, ready to extend his remarkable run of consecutive Dusi finishes to 48 medals, as he closes in on his life-long dream of completing the race fifty times.

The 63 year-old Pietermaritzburg resident Dixon played 28 matches for Craig Jamieson’s Natal side and says that his Dusi training every year always gave him an edge on the rugby field.

“I did the Dusi every year since I was sixteen,” said Dixon. “As a kid at Merchiston and then Maritzburg College I saw these guys in canvas boats leaving Pietermaritzburg and I knew that is what I wanted to do.

“I was so fit at the end of a Dusi season that when rugby training started I was fitter than everyone else and two or three strides ahead,” he recalls.

With Lyle Wheeler hitting the headlines at last year’s MyLife Dusi for becoming the first person to complete fifty Dusis, the modest Dixon is set to become the second person to reach that mark, but has had to deal with his fair share of challenges.

He had a hip replacement late last year and only got back to paddling in December, and has set about getting himself ready for another Dusi, which will be the third that he is paddling with his future son-in-law Rowan Ainsworth.

“Look, we are not going to be breaking any records,” he said candidly. “For me the Dusi is all about getting to Durban in one piece and having a lot of fun along the way. You just don’t want to be silly and get into the red zone.”

Dixon works at Parklane SuperSpar in Pietermaritzburg after selling his business to get away from the unwanted stresses and pressure, and for the likeable athlete the pleasure and sense of achievement he gets from completing the Dusi sets him up for the remainder of the year.

In his rugby playing days he coaxed several other of his provincial team mates to paddle the Dusi, and he went on to complete three Dusis with Springbok captain Wynand Claasen.

His optimism and positive attitude has been a hallmark of his athletic and personal life. “Life deals you a set of cards. It’s the way you play those cards that counts. You have to make the most of everything,” said Dixon.