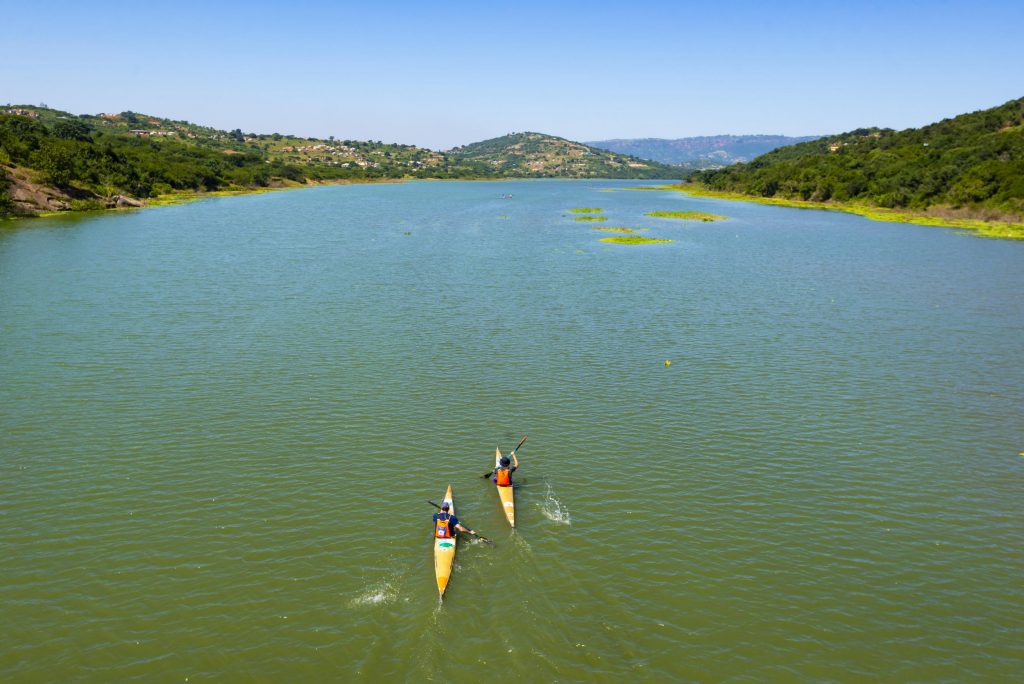 As the build-up to the 71st edition of the MyLife Dusi Canoe Marathon enters its last few days, the race organisers are fine tuning plans for what promises to be a bumper three day race from Camps Drift to Durban starting on Thursday 17 February.

One of the wettest summers in decades has left all of the dams in the uMsindusi and uMngeni river systems spilling, and paddlers can look forward to three days of full rivers between Camps Drift and Durban.

The challenge of the three days of paddling and running together with the assurance of full rivers has seen one of the biggest race entries in the past decade, with more late entries being processed as paddlers realise that full rivers are assured.

“It is all systems go for the MyLife Dusi starting as usual at first light on Thursday morning,” said race committee head Shane le Breton, who scotched rumours that the race was under threat because of pollution concerns.

“Thanks to the robust relationship we have with the uMsindusi Municipality and the mayor personally, we have made really good progress at identifying and remedying problems that have caused the E.Coli count to go up during the heavy rains earlier in the summer.

“The E.Coli issue is not new and has been a reality of the Dusi for many years. Fortunately we are on track to being able to repeat the recent Dusis where upset stomachs have not affected the overwhelming majority of participants.

“Paddlers come to the Dusi every year knowing that this race is unique in its myriad of challenges – hot weather, long portages, tricky rapids, dehydration and sunburn challenges and three days of your endurance being tested to the limit.

“That is why the entry is so big this year, and every paddler that has a Dusi finishers medal in their cabinet really prizes it,” he said.

The K2 championship race has attracted the country’s best crews along with a number of visiting international athletes, and a large number of Dusi novices will join the veteran Dusi Rats returning to the start line on Thursday morning.

“It is a fantastic time of year as the vibe around the MyLife Dusi starts to grip the region,” said le Breton. “Last year we were able to stage a successful Dusi as paddling under the guidance of Canoeing South Africa made a return from the lockdown that put paid to many sporting events.

“The Dusi has always been about the triumph of the human spirit,” he added. “That is what the race founder Dr Ian Player intended and it is clear from the response of the current generation of paddler that that this determination to square up the challenge of ‘Doing The Dusi’ is just as strong today.