IT’S A NEW YEAR…..AND THE RAINS HAVE ARRIVED

It has been a SUPER START to 2017 with rain falling across the country. Midmar has been filling up at a rapid rate, and I hear this is being released directly into Inanda Dam.

With water tables at the highest levels in many years, the prospect of GREAT paddling in KZN is at an all-time high, and we are looking forward to an exciting build-up to FNB Dusi 2017. 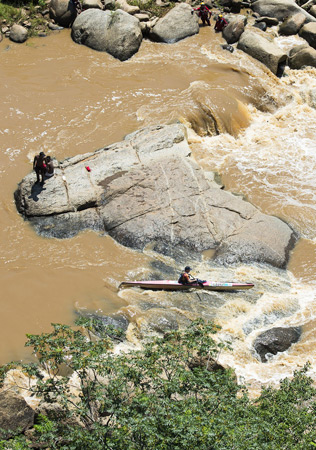 Entries are open on the NCC website (www.natalcc.co.za)  and the process is very quick and hassle free…..if you have all the right qualifications etc.

If not, you can do a manual entry, and sort the hassles out later. Forms are available on the Dusi website www.dusi.co.za

Remember… Official entries close at midnight on the 18th January. After that it is going to cost an additional R150 per paddler!

THE AUCTION IS OPEN AND YOU CAN PLACE YOUR BID HERE

Paddler and Spectator safety and security is a very HIGH priority for us. We know that paddlers were compromised during a recent race in the Dusi Valley, and have thus gone to extra lengths to improve paddler and spectator safety.

We really make a huge effort with this aspect of the race planning, and are fortunate to have a number of extra resources that are not normally available to other events on these rivers. This includes:

• Police Helicopter patrolling the river.
• Police Motorbike and Horse unit members patrolling the bush alongside the rivers.
• More than 40 “Dusi Bikers” who have assisted with security for a number of years focusing on known “hotspots”.
• “Dusi Land Rover Club” who patrol and manage areas accessible by vehicle. (including some “inaccessible” areas which they love!)

Furthermore, the event is classified by SAPS as a Medium Risk event which means that all Police Stations between PMB and Durban that touch the route are obligated to provide services to the Dusi. This is part of the events safety regulations, and we are fortunate to have had excellent support from SAPS over the last few years.

The Dusi also uses two event helicopters which patrol the entire race route until the last paddlers are home.

Day 3 has caused a few problems in the past. We have done on very best to improve this.

Dusi Bikers will patrol the area from Pump House weirs to N3 Bridge. This is a new initiative.

We have also engaged with the schools in the area around Five Fingers and PumpHouse to try and educate these people on what the Dusi is all about and to incentivize them to support the event.

The SAPS have also been made more aware of the incidents on Day 3 and have assured us they will provide more manpower to marshall the hotspots.

ENTERTAINMENT – AFTER PARTY brought to you by HANSA

Great News about the after party which will officially be at The Hops Riverside (opposite the finish at Blue Lagoon). Hansa and The Hops team have organized a spectacular line up of entertainment and artists, headlined by Arno Carstens. Check out the action at www.dusi.co.za/entertainment

We also have the usual line up of entertainment at Registration on Wednesday 15th and Inanda Dam on the 17th. It is going to be a blast!

Looking forward to seeing you at registration.